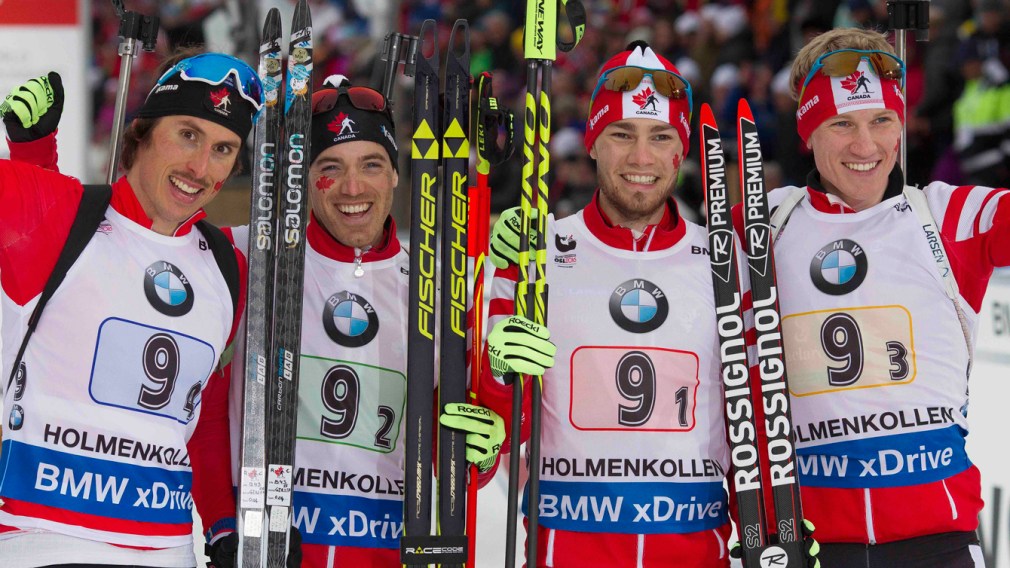 For the second straight year, the Canadian men’s biathlon team has posted an historic podium finish at the world championships.

On Saturday, the quartet of Christian Gow, Nathan Smith, Scott Gow and Brendan Green won bronze in the men’s 4×7.5km relay at the IBU World Championships in Oslo. It is Canada’s first ever world championship relay medal and follows on the heels of Smith’s 10km sprint silver last year, which made him the first male Canadian biathlete to ever win a world championship medal.

“This is more surprising than my medal last year,” Smith told the International Biathlon Union. “We have trained together for years in Canmore, every day, year after year, twice a day. We are a real team, so that makes it so much sweeter.”

The Canadians got off to a great start when Christian Gow, in just his second senior world championships, shot clean in the first leg, putting him 14.7 seconds behind the leader from Germany. Smith followed with two misses but got the Canadians within 1.2 seconds of the now leading Norwegians, who were just 0.3 of a second ahead of Germany and ready to put on a show for their home fans. 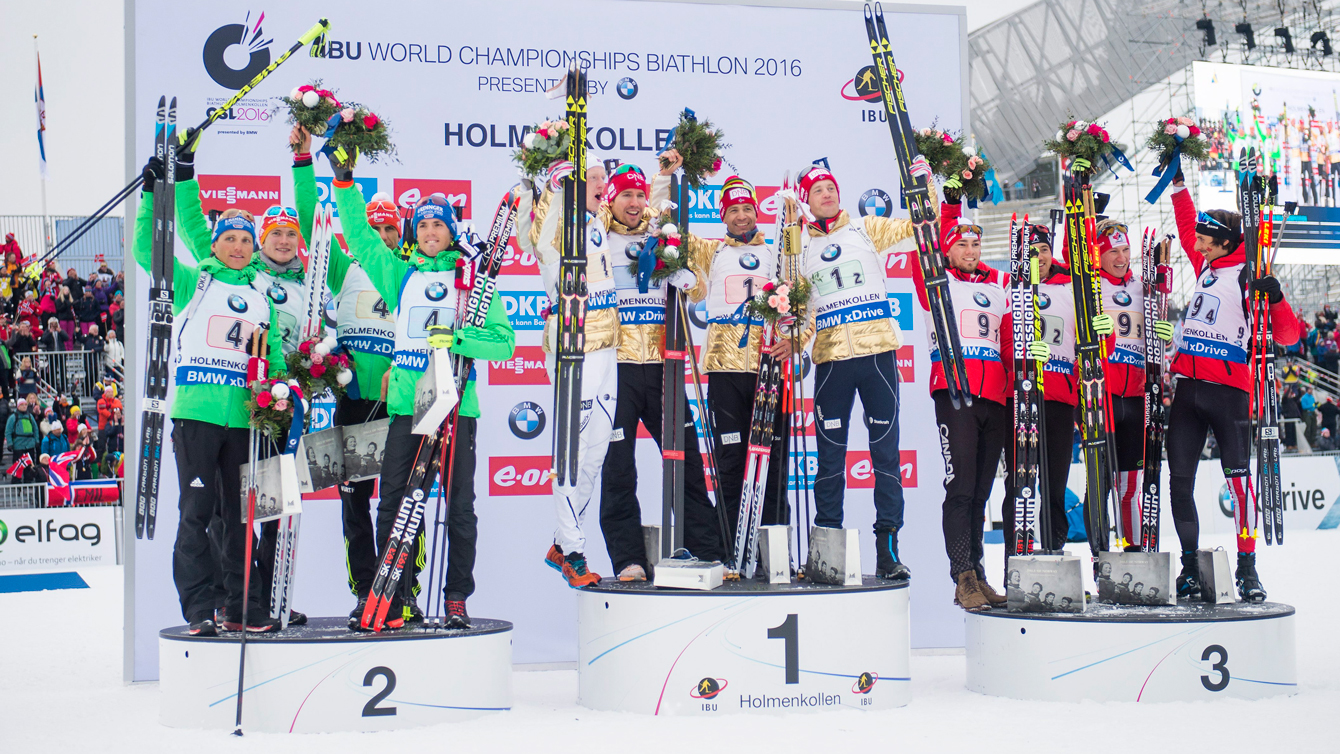 Canada’s men’s 4×7.5 relay team on the podium the IBU World Championships in Oslo on March 12, 2016. (Fredrik Varfjell/NTB scanpix via AP)

The older Gow brother, Scott, was on the course next. He had three misses in his last round of shooting, but kept Canada solidly in bronze medal position, 34.4 seconds behind Norway, who had opened a 29.4 second lead on Germany. In the final leg, Green played the role of anchor perfectly, shooting clean to cross the line 23.4 seconds behind Norway, who won in 1:13:16.8, 11.5 seconds ahead of second place Germany.

“I was so nervous that I almost lost my lunch before I started,” Green told the IBU. “We were aggressive and put it on the line today.”

The IBU World Championships conclude on Sunday with the men’s and women’s mass start competitions.

Canada wins historic relay medal at biathlon world championships
This and That: Marathoner Marchant on her comeback, Elle Woods and burgers
Shuttlecock and balls: The fastest moving objects in sport
Getting vertical: The highest jumps in sport
What is the difference between racquetball and squash?
Korea 101: Korean Customs and Traditions