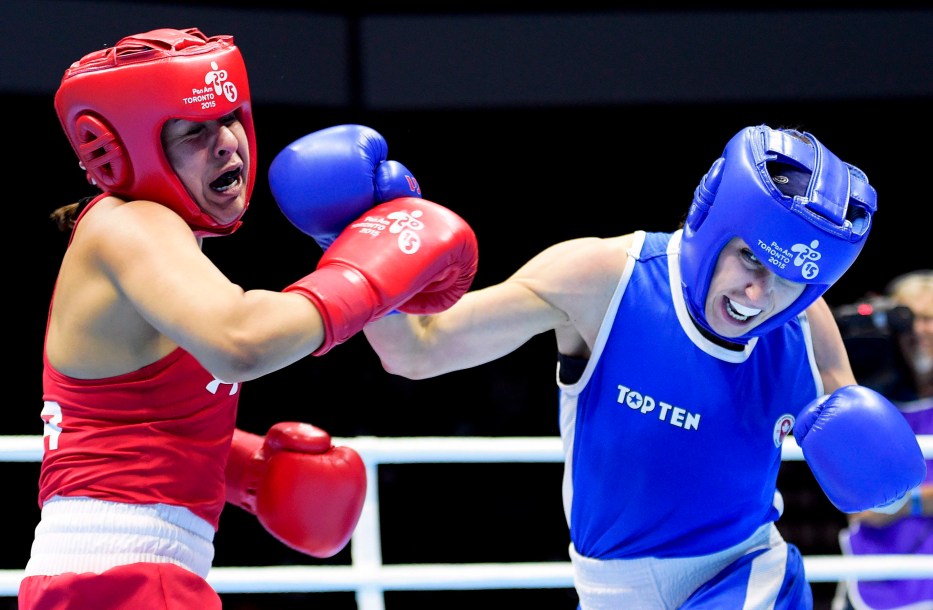 Feature image: Mandy Bujold (right) in her golden bout at TO2015 Pan Am Games.

Three Canadian boxers have booked their tickets to Rio 2016.

Pan Am Games champions Mandy Bujold (women’s 51kg) and Arthur Biyarslanov (men’s 64kg) as well as four-time world medallist Ariane Fortin (women’s 75kg) all won their semifinal bouts at the American Olympic Qualifiers in Buenos Aires, Argentina to secure a top-two placement in the tournament and with it, an Olympic berth.

First into the ring on Thursday was flyweight Bujold, ranked fourth in the world, but the top seed in the tournament. She’d had a bye through the preliminary round and then won her quarterfinal 3-0 on Monday. Bujold made it two straight unanimous wins, defeating Brazil’s Grazieli Jesus de Sousa 3-0 in her semifinal. 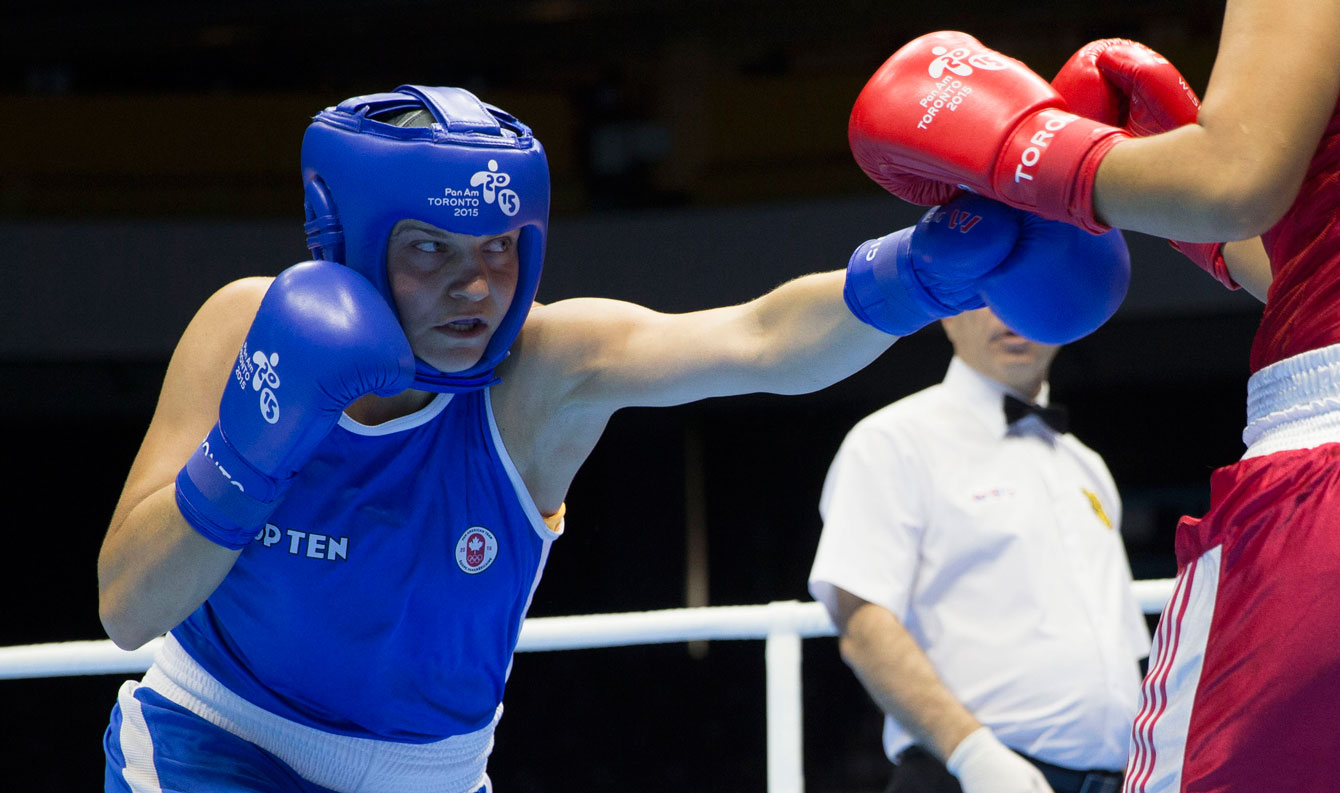 Ariane Fortin competes during the 2015 Pan Am Games in Toronto.

Next up was middleweight Fortin, also ranked fourth in the world but the number two seed in Buenos Aires behind reigning Olympic champion Claressa Shields of the United States. That ranking afforded Fortin a bye through to the quarters, which she won 3-0. But she had a tougher fight in her semifinal with Brazil’s Andreia de Oliveira Bandeira, coming out with the 2-1 win.

“Chechen wolf” Biyarslanov, ranked ninth in the world but seeded first, was cautious in his light welterweight quarterfinal and just got through with a 2-1 split decision. He didn’t make the same mistake twice, defeating Guatemala’s Carlos Tobar 3-0 in the semi. 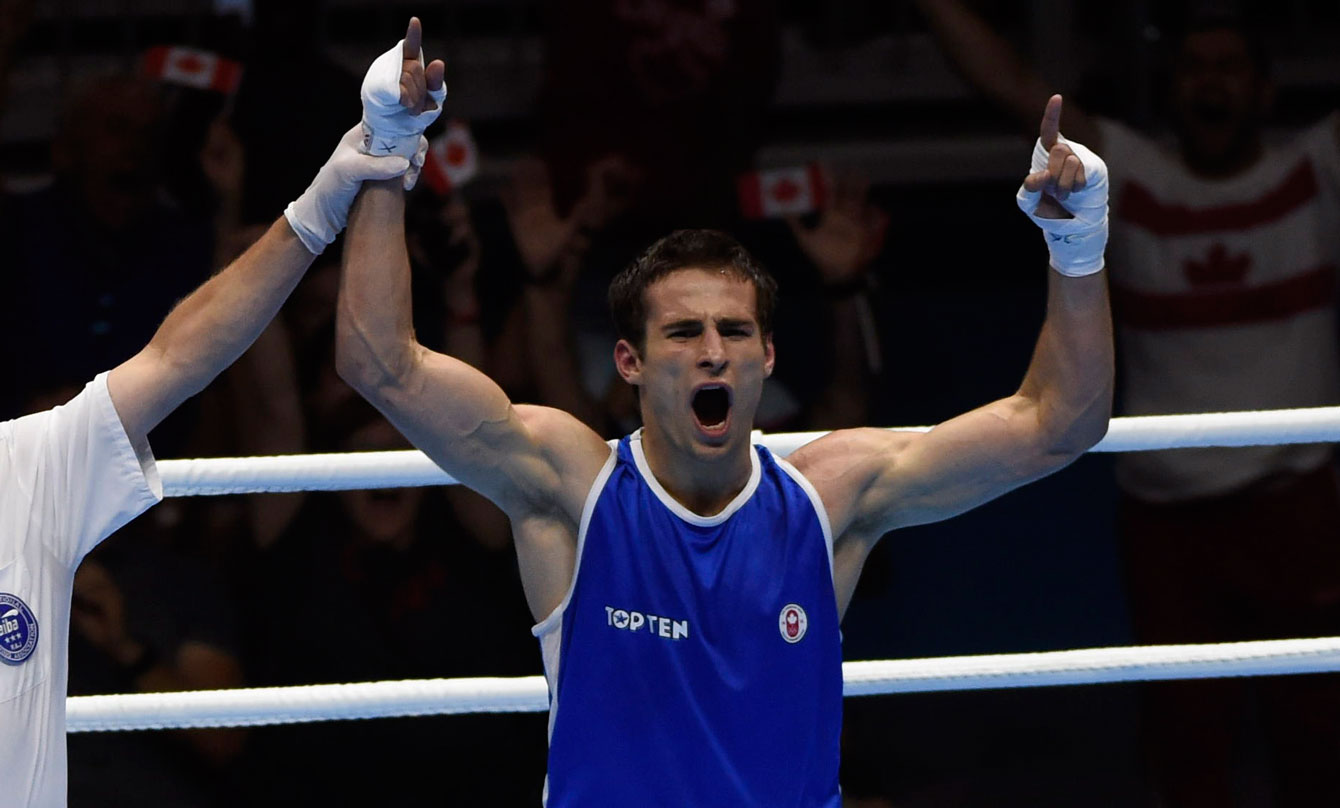 Arthur Biyarslanov boxed his way to TO2015 gold in the men’s light welterweight division.

The fourth Canadian in action on the day was David Gauthier (men’s 60kg) but he lost his semifinal in a first round TKO to top-seeded Venezuelan Luis Cabrera.