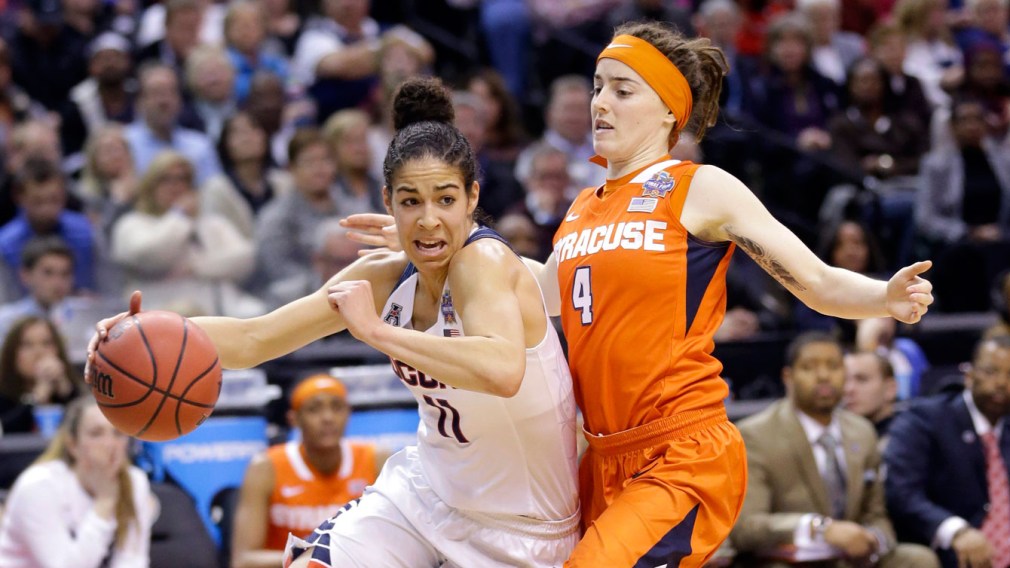 The end of Kia Nurse’s second season in U.S. college basketball was just as sweet as her first, with the Canadian winning another NCAA title on Tuesday with the University of Connecticut.

Nurse scored nine points shooting 50% from the field, and grabbed five rebounds on a powerhouse Connecticut side that beat Syracuse 82-51 to end an undefeated season with 38 wins and its fourth consecutive U.S. national championship.

Last summer Nurse, 20, helped Canada to Pan Amercian Games women’s basketball gold by pouring 33 points in the final against the United States, earning her the role of Closing Ceremony flag bearer. Later in the year Nurse helped Canada to an Olympic spot at Rio 2016 by winning FIBA Americas on home court in Edmonton.

A shooting guard on the highly competitive Connecticut roster, Nurse started the game and played 39 minutes. The contest was virtually over at halftime when the Huskies went into the locker room with a crushing 27-point lead. Syracuse cut into that slightly in the third quarter before Connecticut padded the margin in the fourth.