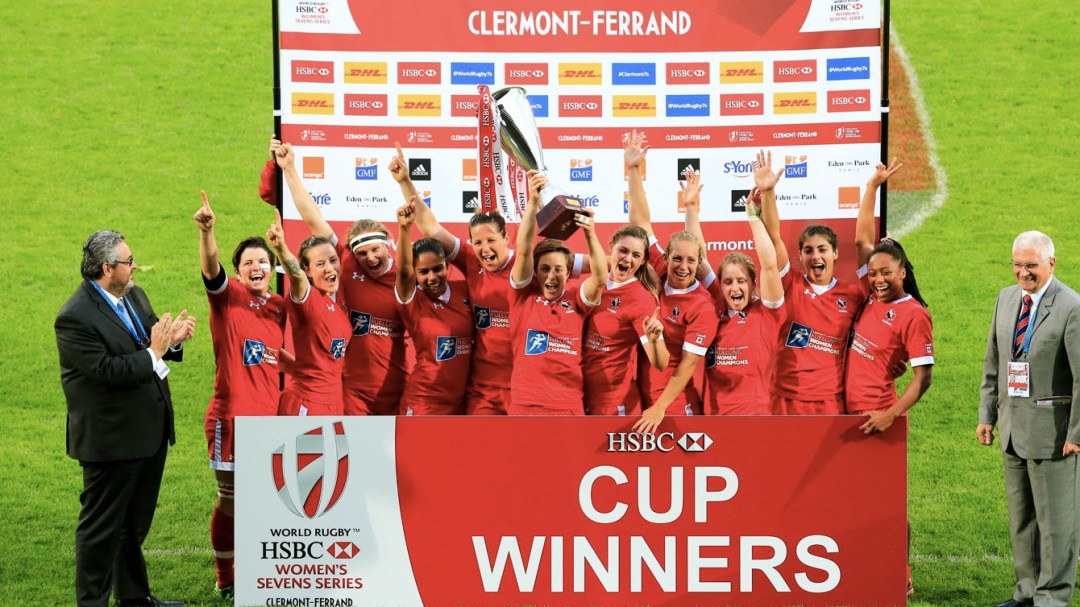 A 29-19 win over powerful Australia in the final gave Canada the title at Clermont Sevens, one of five series stops this season, the same year that women’s sevens makes its Olympic debut.

Australia roared right back to cut the lead down to 26-19 after the restart, but Canada added three points from Landry on a drop goal to win the match 29-19 and secure its second World Rugby series title.

Last season, Canada won its first-ever series in Amesterdam, in the same weekend the squad qualified for the Olympic Games.

Canada had an ideal start to the cup final on Sunday. A stitched up Benn (injured in Canada’s massive 31-10 semifinal win over England) cut through two Aussies before handing it off to Russell, who sent the ball out to Harvey for the opening try of the match. Landry converted to make it 7-0 for Canada.

RELATED: Rugby and more in “Hello my name is…”

Russell powered through the opposition for the next try to Canada, out-willing defenders on her way to maximum points before Landry made it 14-0. 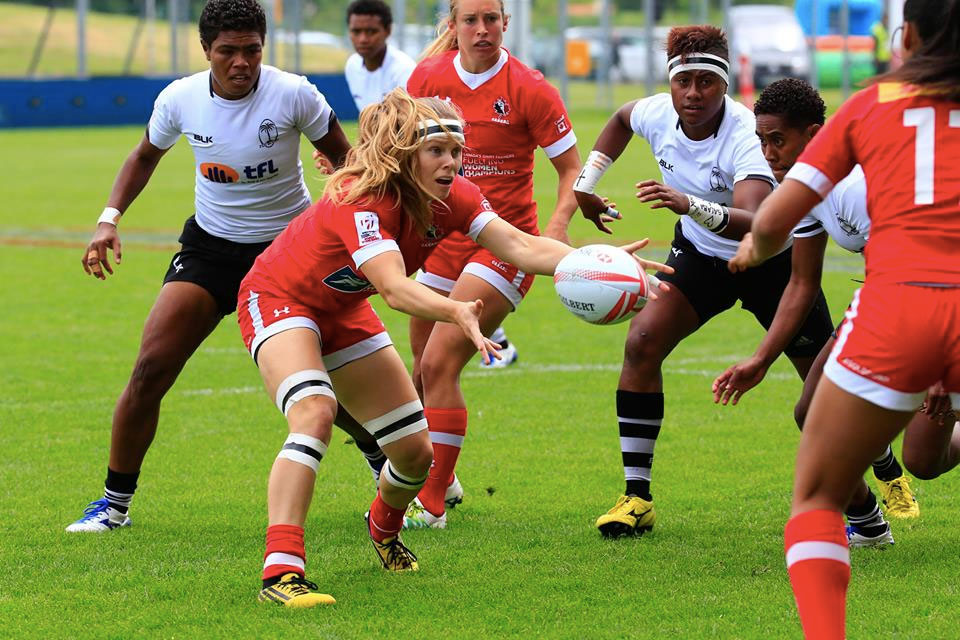 Karen Paquin at Clermont Sevens on May 29, 2016 against Fiji in the quarterfinals, which Canada won 12-5 (Photo: Isabelle Picarel via World Rugby).

Within a matter of moments, Australia responded with an individual effort from Chloe Dalton, running the pitch for her country’s first try, followed by a conversion to cut Canada’s lead to 14-7.

Landry responded to Dalton’s run on Canada’s next possession, out-pacing the Australian – now on the defensive – to a try of her own. Russell’s conversion was missed though but Canada expanded its lead to 19-7.

Kayla Moleschi helped end the half on another positive note for Canada, stealing the ball outright from the opposition, which eventually led to a try from Benn. Landry’s conversion gave Canada a formidable 26-7 lead at halftime. 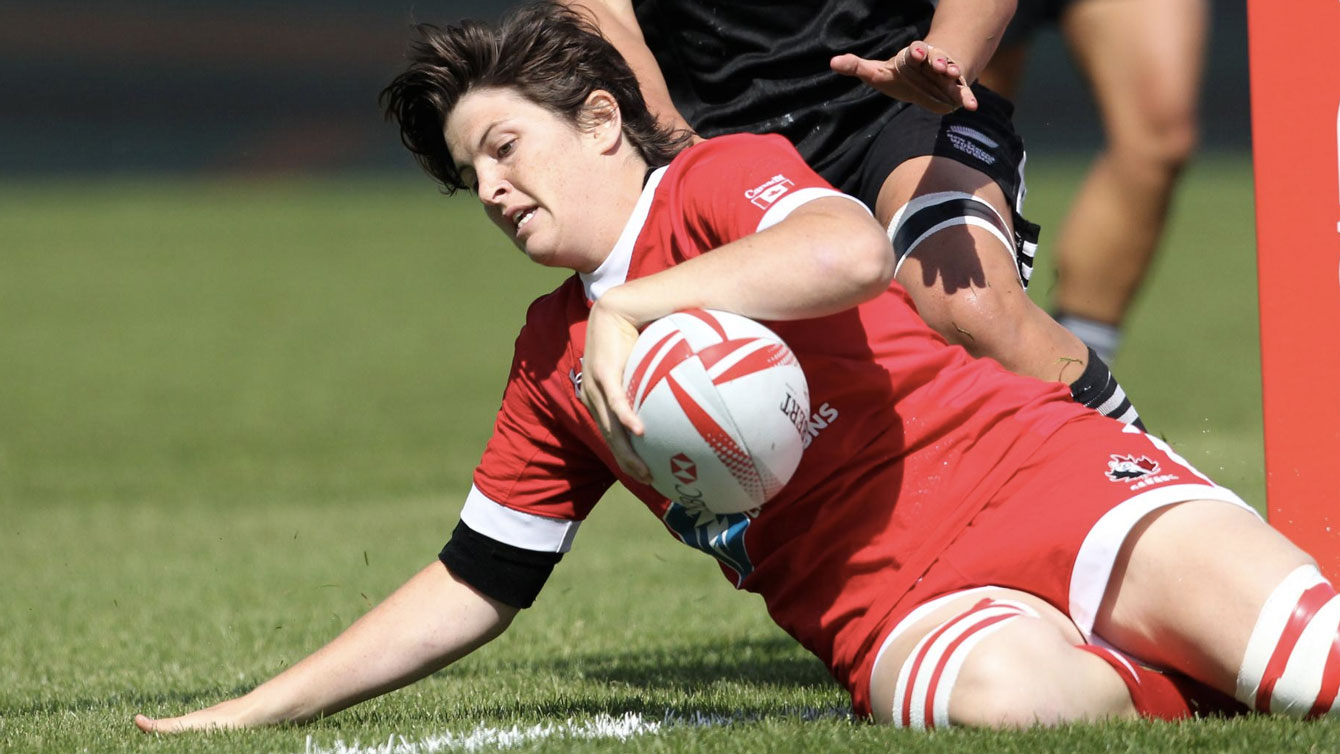 Brittany Benn at Clermont Sevens versus New Zealand on May 28, 2016 (via World Rugby).

Australia regrouped at intermission and scored a try inside two minutes of restart, though the conversion was missed making the score 26-12 for Canada.

Landry was carded and sent to the sin bin with over five minutes to go, giving Australia a seven-on-six advantage. The Aussies made the most of the gap immediately, scoring a try and converting to cut Canada’s lead to 26-19.

Watch highlights of Canada’s round robin stage on Saturday:

When Landry returned, a frantic Australia fighting against the clock and a deficit, was called for a penalty. Landry calmly converted, giving Canada a vital three points and eventually a 29-19 victory.

Despite the loss in Clermont, Australia won the overall 2015-16 women’s sevens series on points ahead of rival New Zealand, while Canada took third place in the table this season.