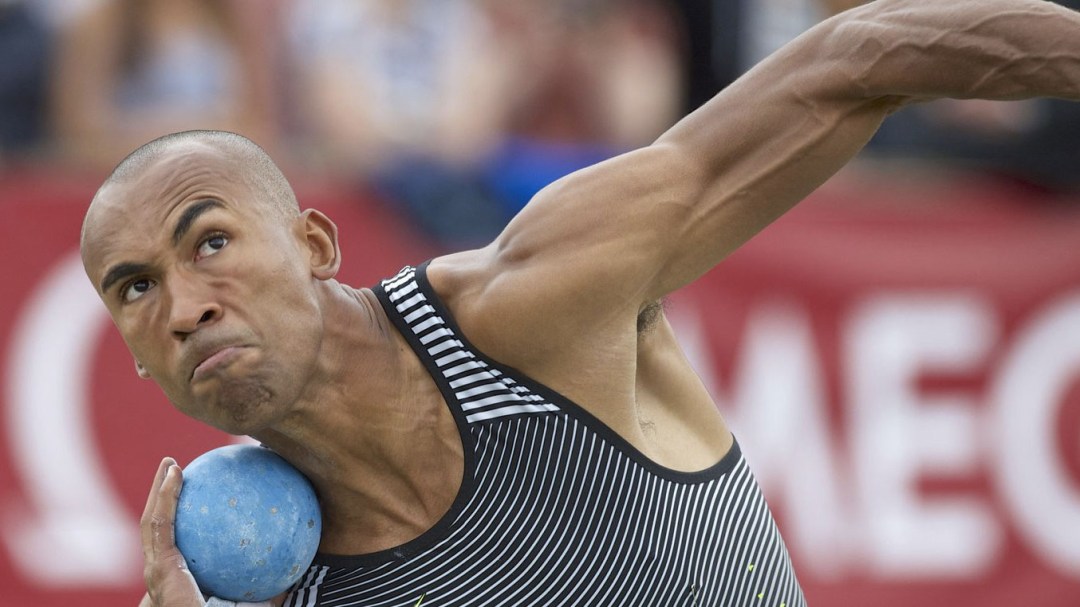 Warner wins decathlon title at Hypo-Meeting for the second time

For the second time in his career Damian Warner came away from the Hypo-Meeting in Gotzis, Austria with the decathlon title.

Scoring a world-leading 8523 points, Warner won first place in the multi event super meet on Sunday, the same title he took back in 2013. In another repeat of that year, Canadians swept the top prizes in Gotzis, with Brianne Theisen-Eaton winning the heptathlon. 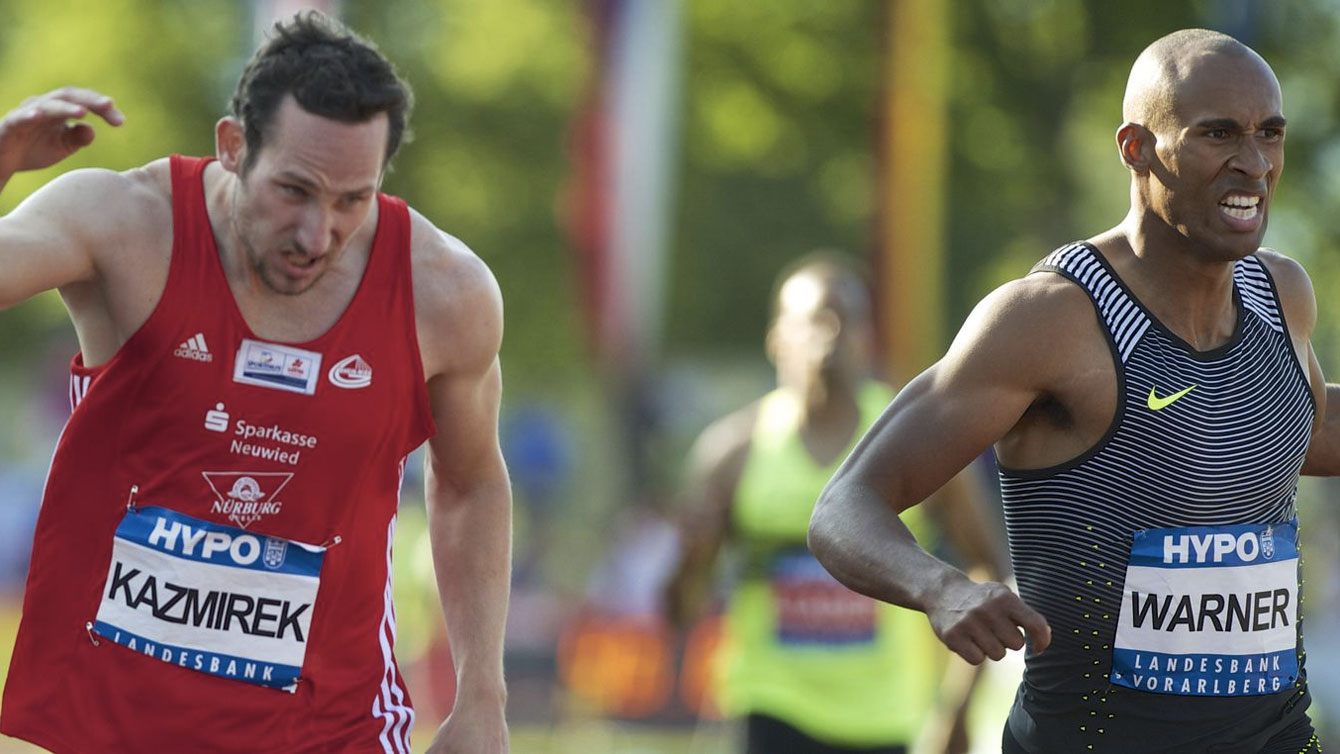 Kai Kazmirek of Germany edges Damian Warner in the 400m at the 2016 Hypo-Meeting decathlon in Gotzis, Austria (Photo: Günter Junk via meeting-goetzis.at)

Leading Germany’s Kai Kazmirek – the defending champion – by a mere seven points after the first five events on Saturday, Warner extended his lead in one of his strong disciplines, the 110-metre hurdles out of the gate on Sunday. His time of 13.72 seconds was easily the fastest of the field, netting him 1,011 points.

Warner then had a solid showing in the discus throw, launching for 47.79 metres and 824 points, bettered only by Kevin Mayer of France – the eventual second overall finisher with 8446 points, who threw his disc for 48.99m.

The pole vault was up next, where Warner was 10 centimetres shy of his personal best, jumping 4.70m and collecting 819 points. By this time Mayer with another strong execution closed in within 13 points of Kazmirek for second, though Warner was over one hundred points ahead of the pair battling for second.

Warner’s lead was shortened after the javelin, where his 58.72m throw gave him 719 points. At this time, by virtue of his 65.77m toss, Mayer moved into second place and within 60 points of the Canadian.

The stage was set in the 1500m, where Warner had to stay close to Mayer in the final event. The world silver medallist did one better, beating the Frenchman to the finish line by 2.62 seconds. Warner’s 4:32.83 time gave him 726 points for his 8523 meet-winning total.

Warner’s win came after Theisen-Eaton was awarded the heptathlon title in a ceremony on the track, thereby completing the Canadian sweep just as the two had done three years earlier. 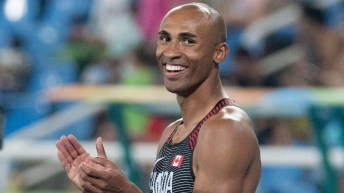 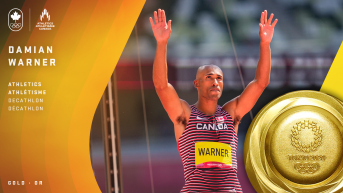