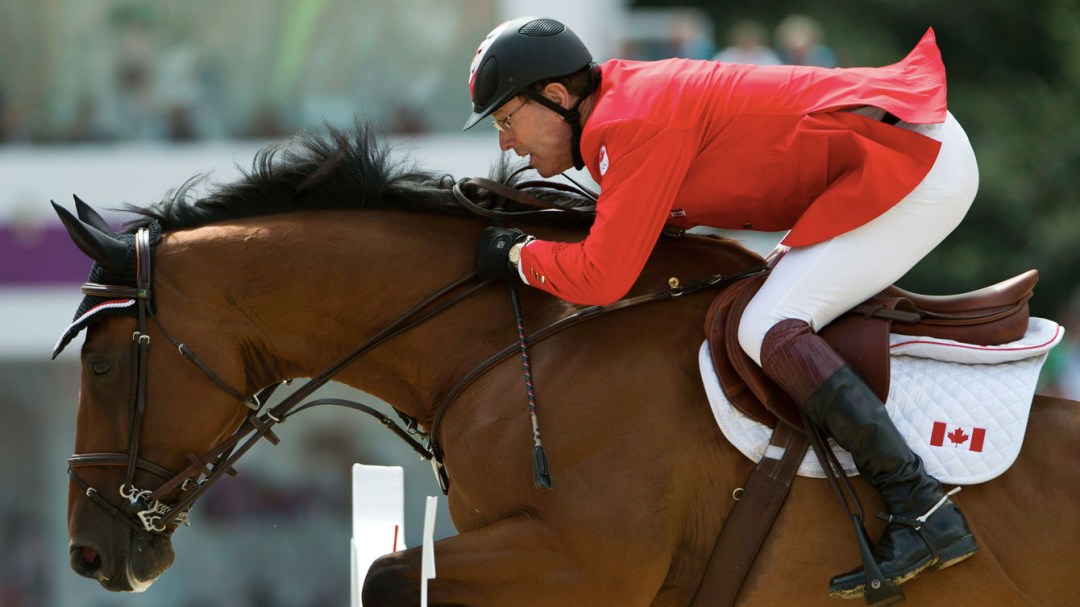 Who will ride in Rio? Canadian equestrians set sights on Brazil

The 69-year-old show jumper first competed at Munich 1972 and has participated in an unprecedented 10 Olympic Games (and was also named to the Moscow 1980 team), a worldwide record for any athlete in any sport. And he’s not finished just yet.

Millar is in strong contention to be part of Canada’s equestrian team at Rio 2016, after being part of the jumping team that won gold at last year’s Pan American Games. His Toronto 2015 teammates—Tiffany Foster, Eric Lamaze, Yann Candele and Elizabeth Gingras—all have their sights set on Rio as well. 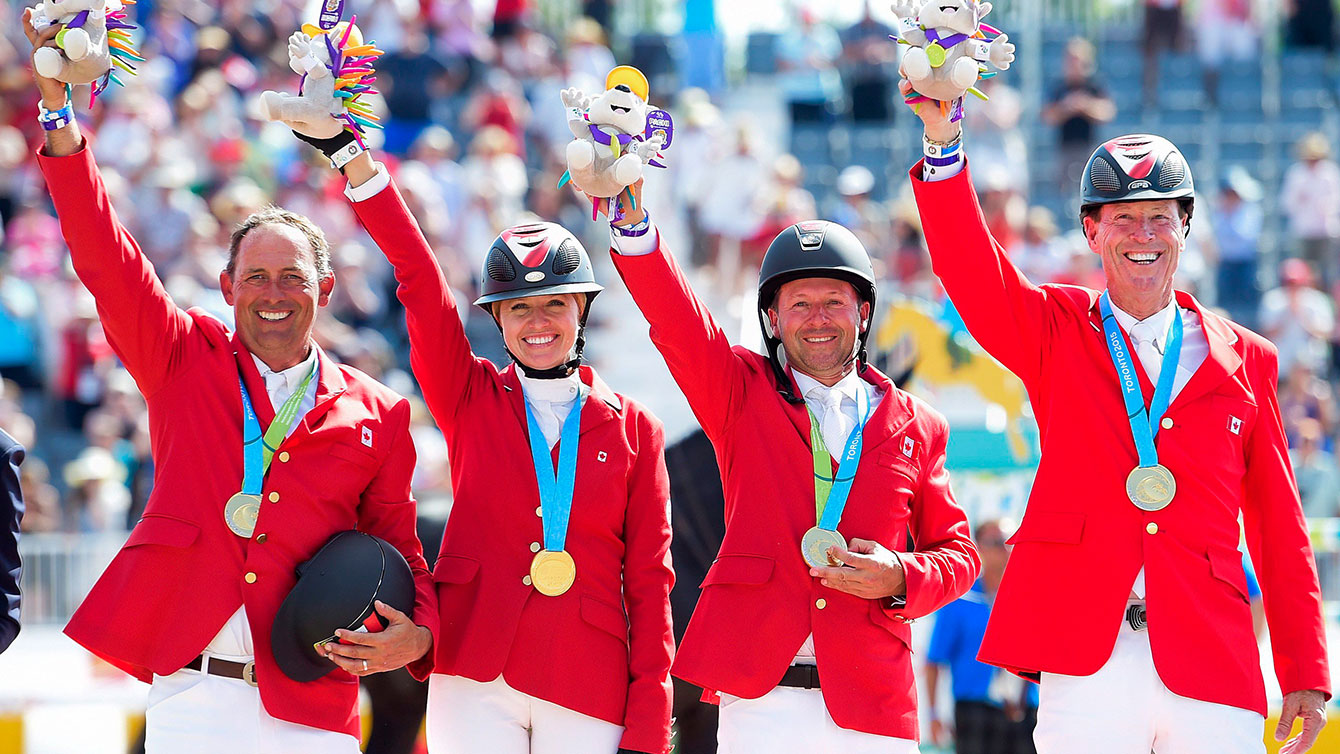 The show jumping team of (from left to right) Yann Candele, Tiffany Foster, Eric Lamaze and Ian Millar took TO2015 gold in the team jumping event on Day 13.

But the potential 12-time Olympian isn’t the only Millar in the mix. Both his son Jonathon and his daughter Amy—who compete out of the Millar Brooke Farm in Perth, Ont.—have declared for consideration as members of Canada’s equestrian team, which will be announced on July 14.

However many Millars are on the team, all of Canada’s athletes in the three equestrian disciplines (jumping, eventing and dressage) will be aiming to build on the country’s rich history in the sport, which traces back to the Canadian equestrian team’s Olympic debut at Helsinki 1952.

Four years later, in Stockholm, the team of James Elder, Brian Herbinson and John Rumble won a bronze medal in eventing, Canada’s first-ever finish on the Olympic podium. Elder was also part of the team that won a gold in jumping at Mexico City 1968, alongside James Day and Tom Gayford. 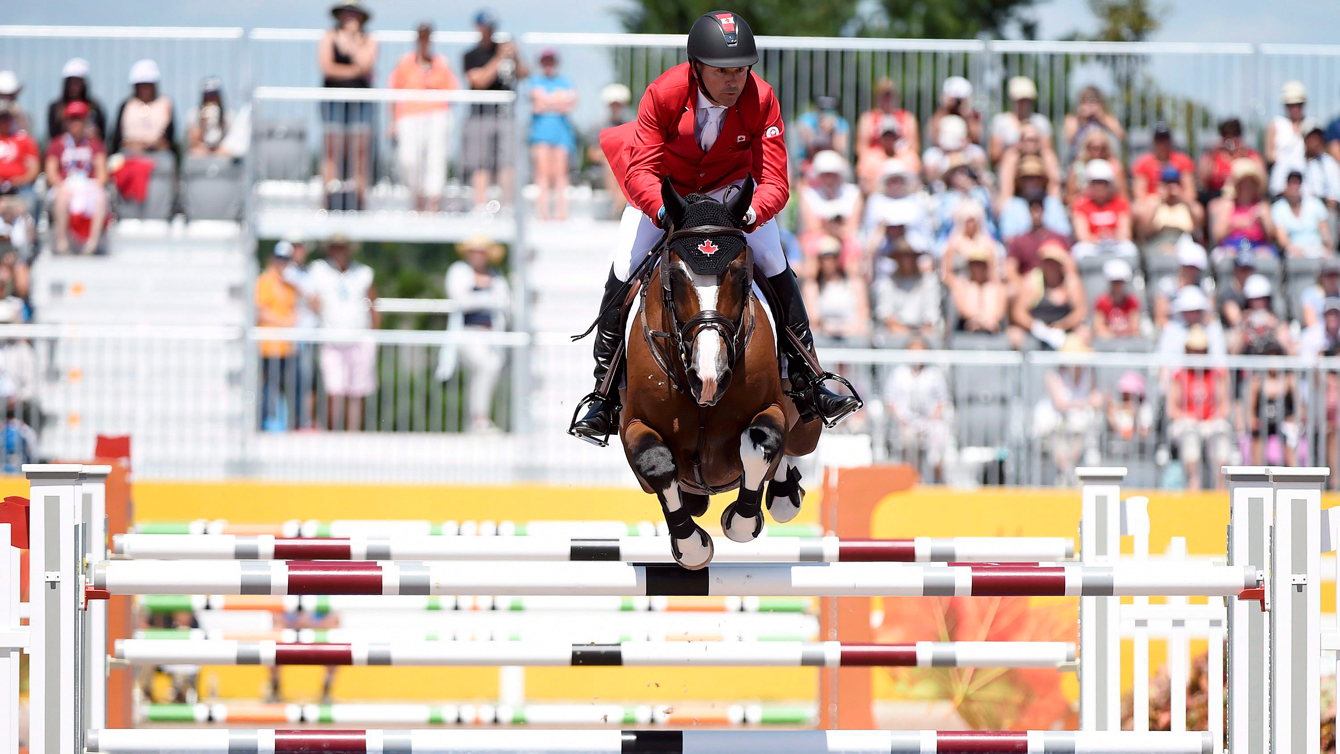 Eric Lamaze of Canada competes in the team Equestrian jumping final during the Pan American Games in Caledon, Ont. on July 23, 2015. THE CANADIAN PRESS/Nathan Denette

Then, at Montreal 1976, the hometown crowd was in for a treat when Quebec native Michel Vaillancourt rode to a silver medal in individual jumping.

Most recently, it was Lamaze who helped provide Canada with moments of Olympic glory in jumping. The 48-year-old from Montreal won two medals at Beijing 2008, an individual gold and a team silver (alongside Ian Millar).

Both Millar and Lamaze have already made history in their own ways; could the Canadian equestrian team add some new chapters to the history books in Rio?