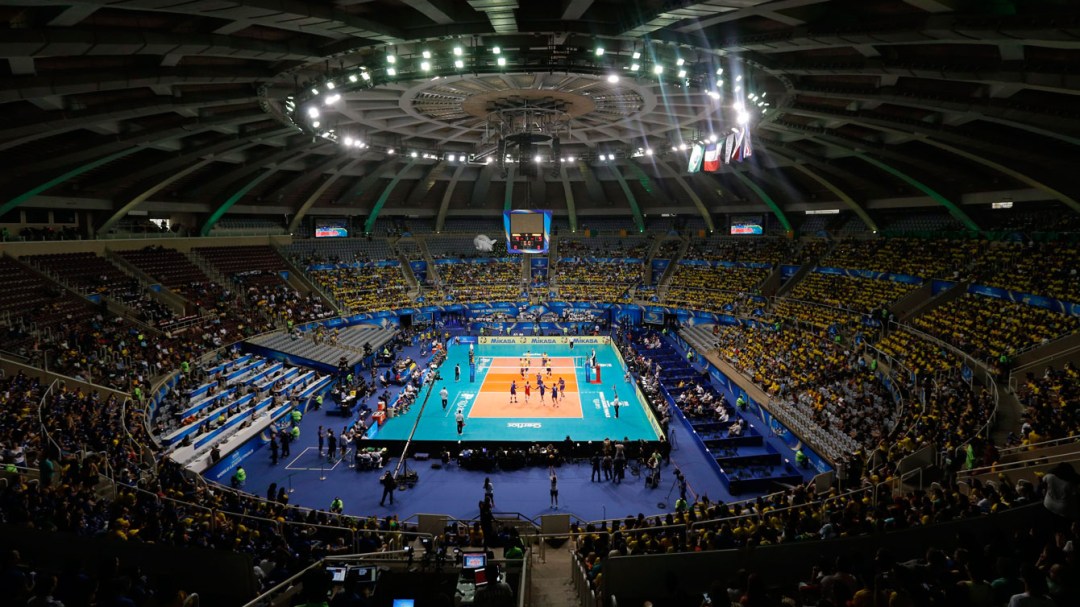 From August 6 to 21, the Rio 2016 volleyball tournament will take place in one of Brazil’s most important indoor arenas – the Maracanãzinho.

A traditional volleyball stage, the Maracanãzinho was inaugurated in 1954 and since then has hosted some unforgettable moments – not only in sports. The Olympic Games will certainly be a remarkable chapter in its history.

Before the Rio 2016 matches kick off, get to know some of the notable moments held in Maracanãzinho. 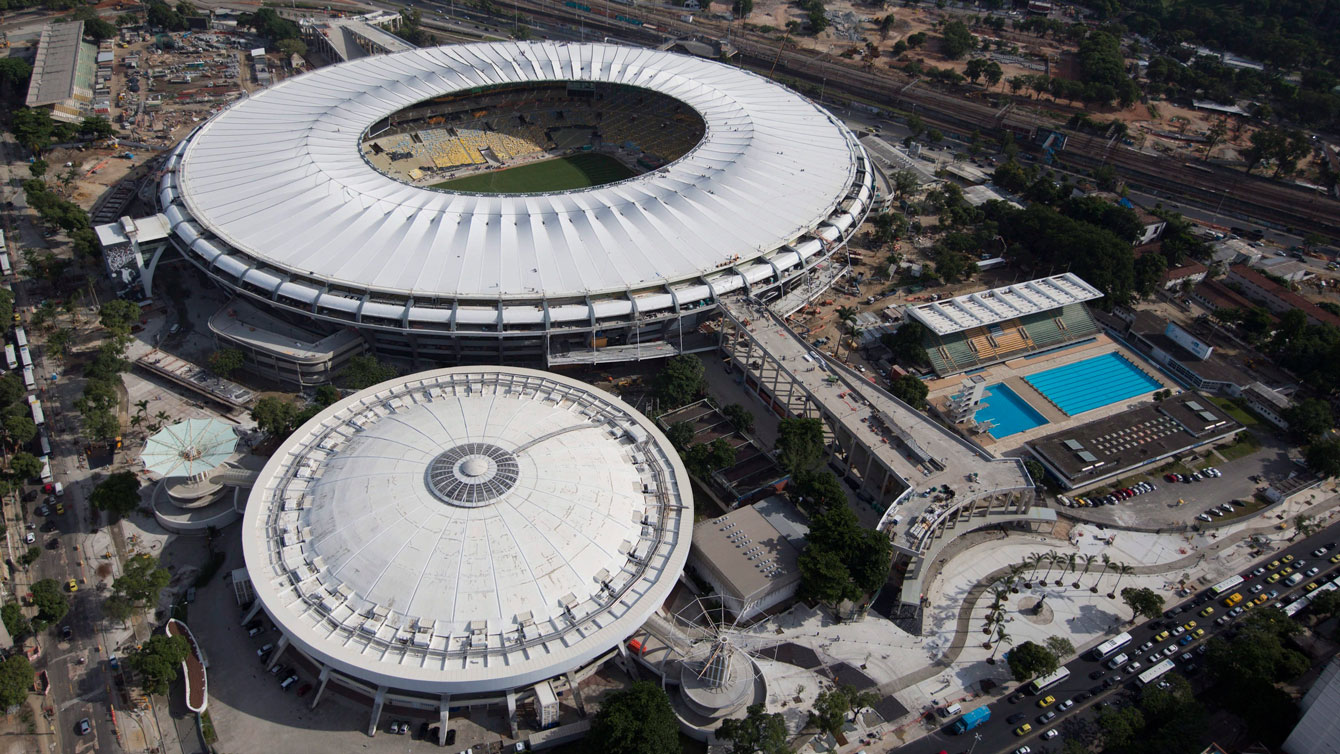 Maracanazinho (domed) next to the Maracana in Rio de Janeiro.

The Maracanãzinho – located next to world famous Maracana – was inaugurated on September 24, 1954 and less than one month later it hosted the Men’s Basketball World Championship. With 12 teams, including Canada, the tournament was won by the United States, with Brazil getting the silver medal.

Nine years after, in 1963, the arena hosted the same competition. At this time, the home team took the gold medal, its second men’s basketball world championship in a row.

The 1950s and the 1960s were the golden years for the beauty pageants. During those years, the Miss Brazil contest was usually held at the Maracanãzinho. In 1968, the 15th edition of the event crowned Martha Vasconcellos who, in the same year, became the second Brazilian model to win Miss Universe.

Between 1966 and 1972, one of the most important Brazilian music festivals, Festival Internacional da Canção, was held in Maracanãzinho. The festival changed the Brazilian music scene during the military dictatorship. Since the music production was controlled by censors, the artists bypassed it by composing songs using figures of speech to speak out about the political situation. The result: powerful songs that now help tell Brazilian history. In 1968, Canadian 1960s superstar Paul Anka performed “This Crazy World” at the festival. 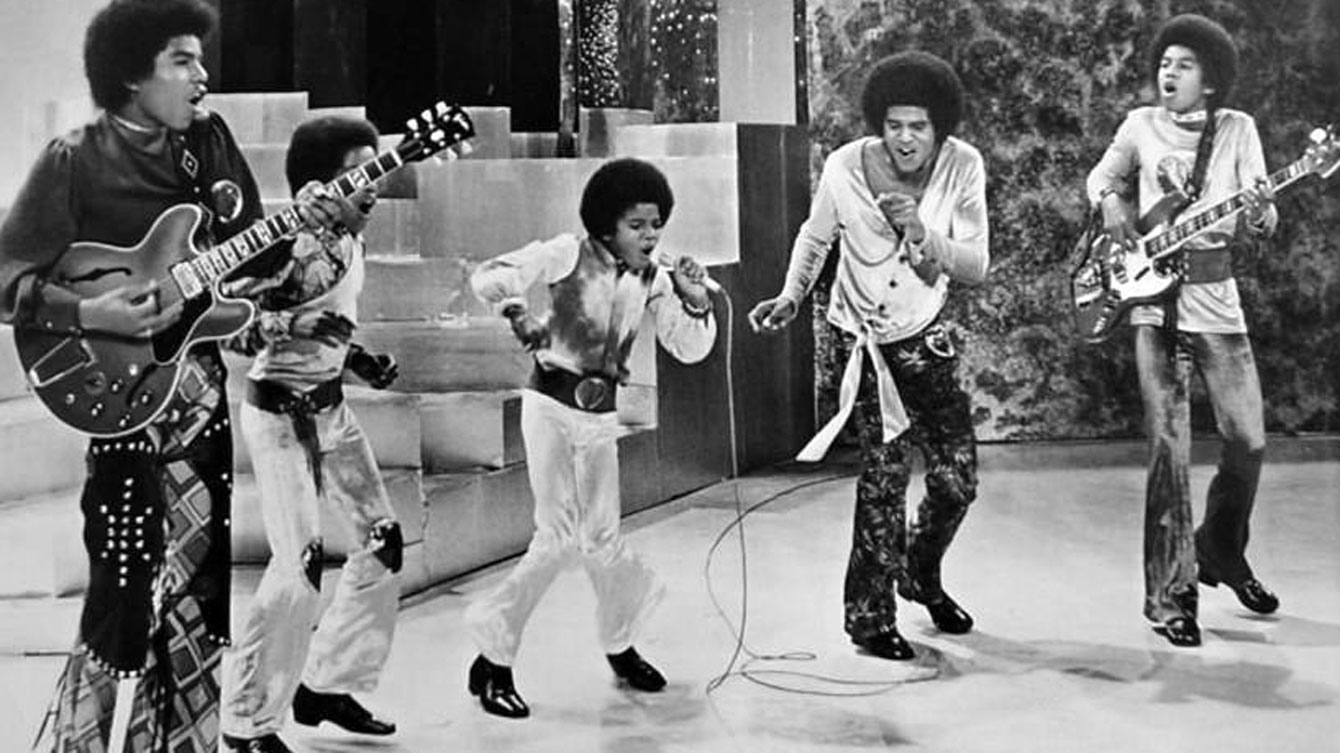 The Jackson 5 performed in Maracanãzinho in 1974.

In 1974, The Jackson 5, which featured the king of pop, Michael Jackson, performed in Brazil for the first time, at Maracanãzinho. The setlist included huge successes such as “I’ll be there,” “Blame it on the boogie” and “ABC.”

In 1982, Maracanãzinho was the stage of the first Mundialito de Vôlei, a preparatory tournament for the Volleyball World Championship. The event featured Brazilian Bernard Rajzman, a silver medallist at Los Angeles 1984, who, for the first time, executed his creation known as the Star Trek serve (Jornada nas Estrelas) or sky ball serve, in which the ball almost reaches the gymnasium’s ceiling before starting to descend over the opponent’s court. The service contributed to the Brazilian 3-2 victory over the Soviet Union. 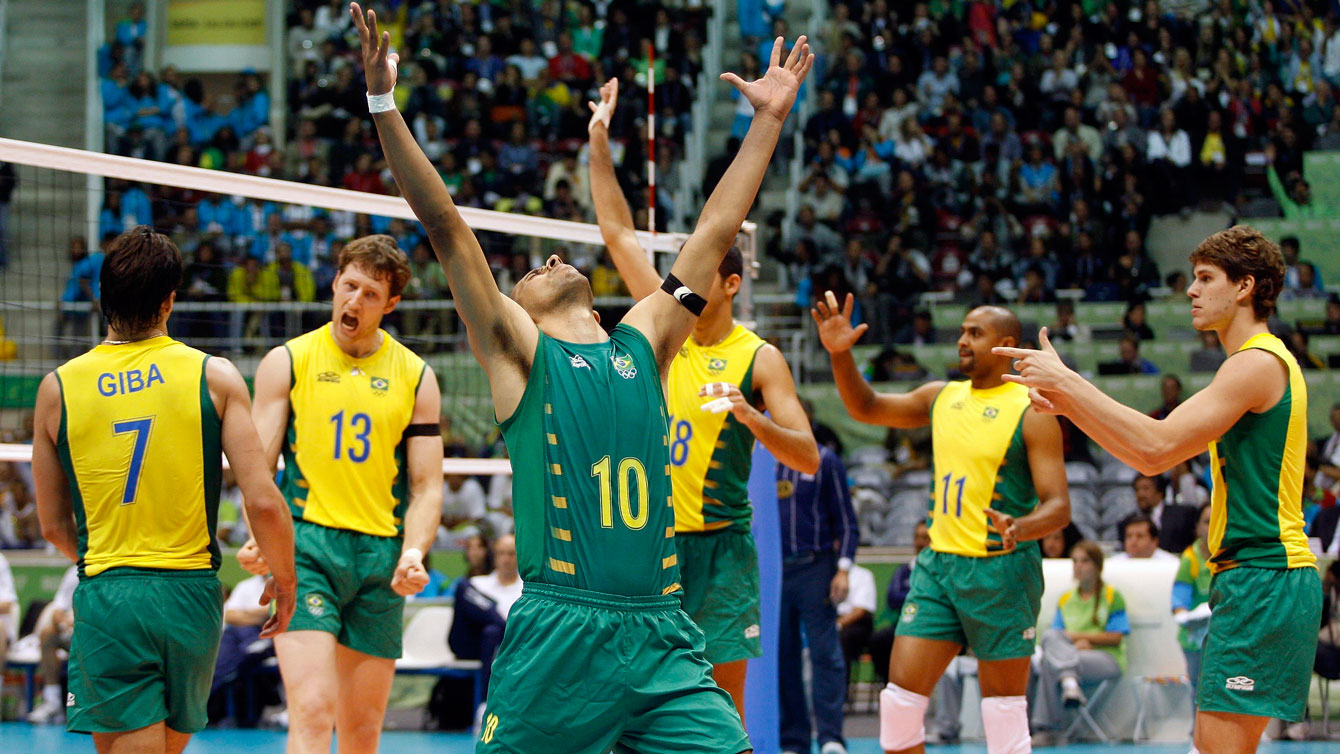 After a big renovation, Maracanãzinho hosted the 2007 Pan American Games volleyball tournament. Team Brazil was the winner in the men’s tournament, with a perfect campaign of five wins in five matches. Cuba took the gold medal in the women’s tournament, leaving the host team in second place. 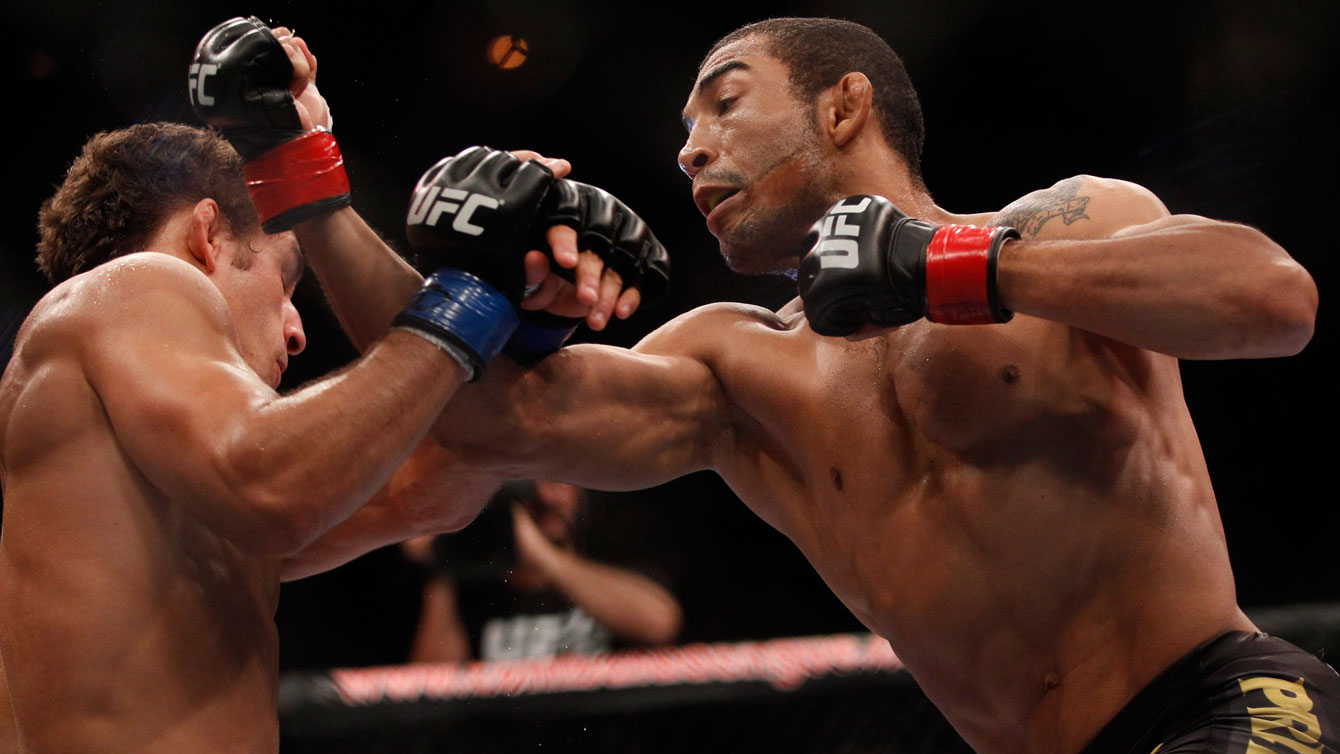 Martial arts lovers also had good moments in Maracanãzinho. In 2014, the arena hosted UFC 179, which was headlined by a Featherweight Championship rematch between the current champion José Aldo, from Brazil, and top contender Chad Mendes, from the United States. Aldo defeated Mendes for the second time and kept the belt in Brazil. 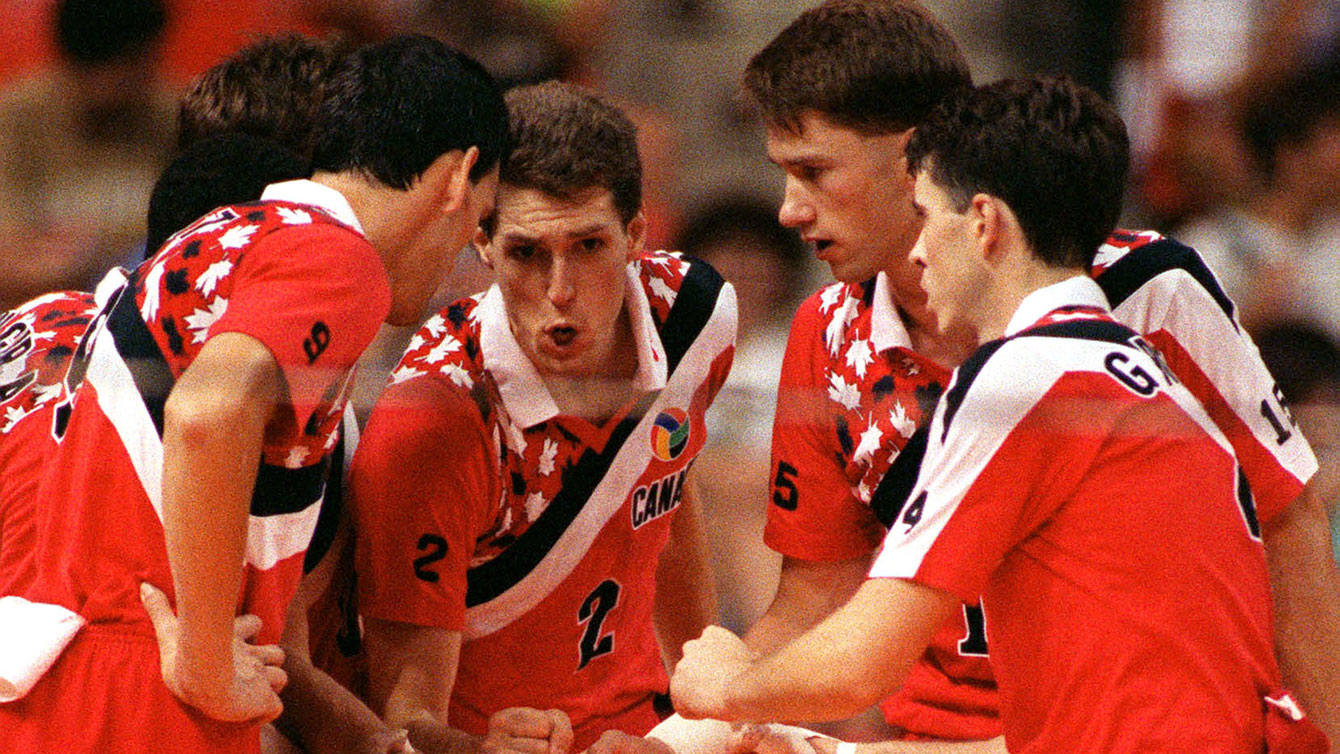 For 15 days, Maracanãzinho will host 24 teams in Rio 2016 men’s and women’s volleyball tournaments. After 24 years, Canada’s men’s team will be back at the Olympic Games. They’ll play in Group A along with Brazil, the United States, Italy, France and Mexico. Group B has Poland, Russia, Argentina, Iran, Cuba and Egypt. The four best ranked teams in each group go to the knockout stage.

Before heading to Rio, Canada’s men’s volleyball squad will be playing in the 2016 FIVB Men’s Volleyball World League. Team Canada ended the first weekend of the tournament with three wins. Next weekend, Canada comes home to face China, Portugal and South Korea in Saskatoon.