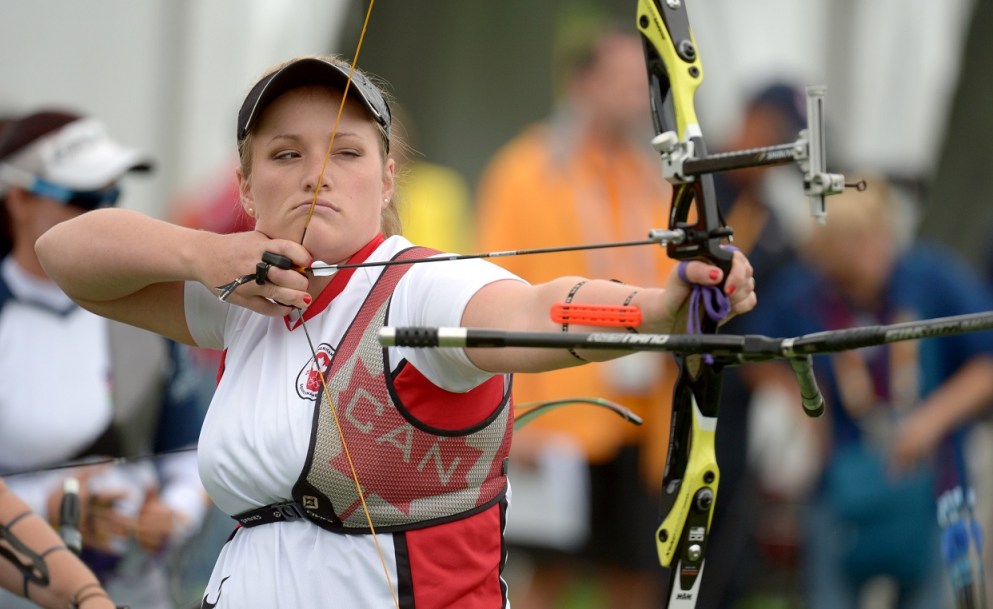 How Thiffeault Picard’s demeanour helps her excel in archery

That level of focus and determination helped earn the 25-year-old recurve archer from Montreal a spot for Rio 2016. And though she’s dreamed of competing in the Olympics since she was a child, the reality hasn’t yet sunk in.

“I kinda don’t feel it yet. I don’t know if that’s normal,” she says. “But I think when I get there, it’s going to be amazing.” 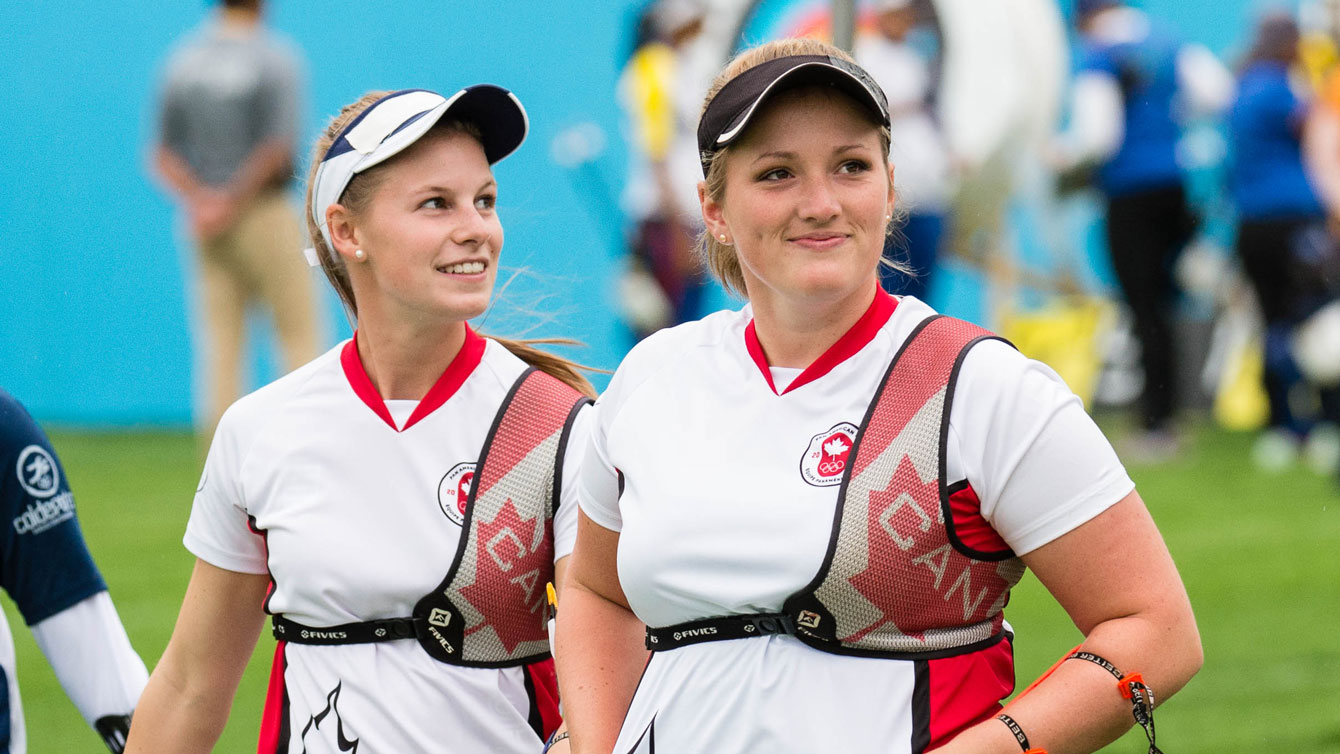 Georcy-Stephanie Thiffeault Picard (right) at the TO2015 Pan Am Games with teammate Virginie Chenier.

It’s the culmination of a journey that began in 2000, when Picard was nine years old. Given the chance to try out a wide variety of sports at summer camp, she gravitated towards three: archery, weightlifting and fencing.

But thanks to her calm demeanour and love of the outdoors, archery floated to the top of the list. It also helped that she was pretty good at it.

“The coach from archery told me I had lots of talent and that he’d love for me to come back in September,” says Picard.

Though her father was hesitant, Picard’s mom fully encouraged her pursuit of the sport, even offering her cash to improve her skills (one dollar for hitting yellow, two dollars for hitting the bullseye). 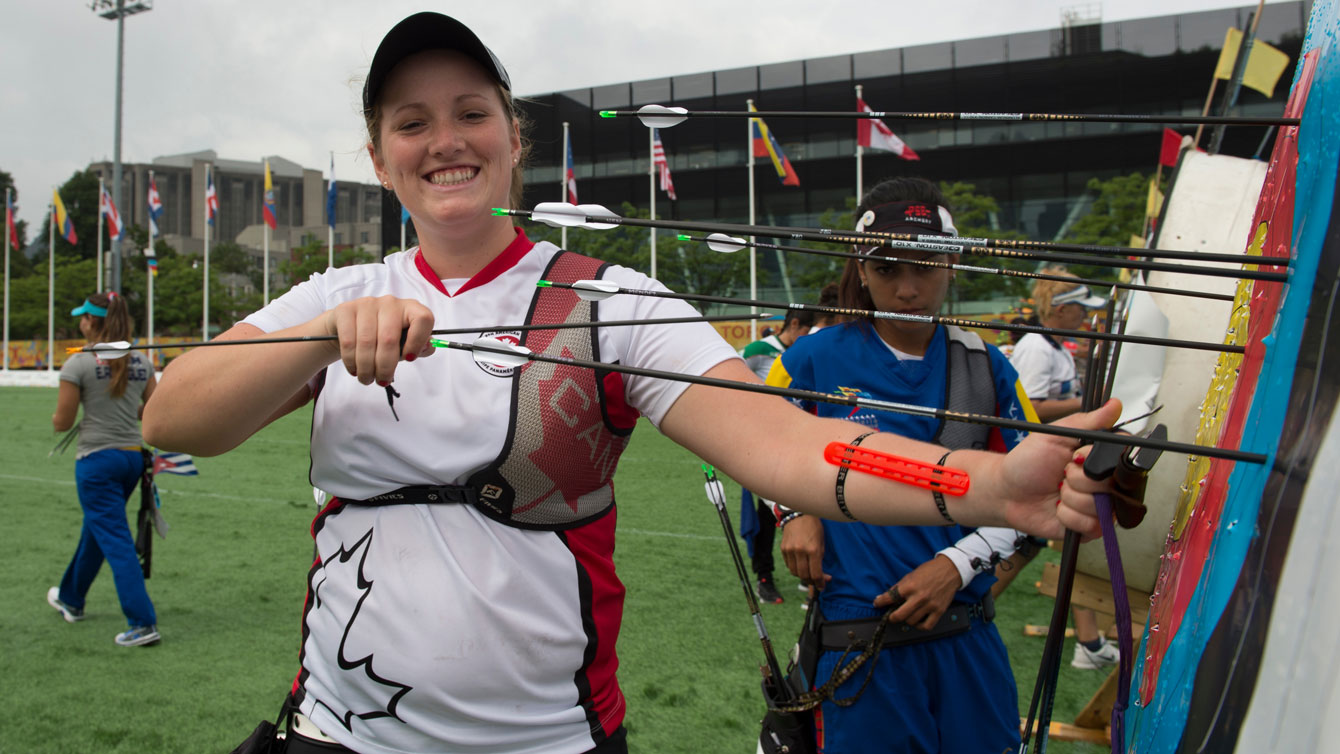 Georcy-Stephanie Thiffeault Picard at TO2015 Pan Am Games.

By December of that year, she’d collected enough to buy her own bow.

Picard started competing three years later, and first competed internationally at the 2008 World Archery Youth Championships. She’s been driven not just by an Olympic dream, but the allure of constant self-improvement.

“Staying at the same point is not something I like to do,” says Picard. “I always like to get better.”

She set Canada’s recurve record in 2014 and notched a top-10 individual finish at the 2015 Pan American Games. Along the way, patience has been one of her most important virtues. 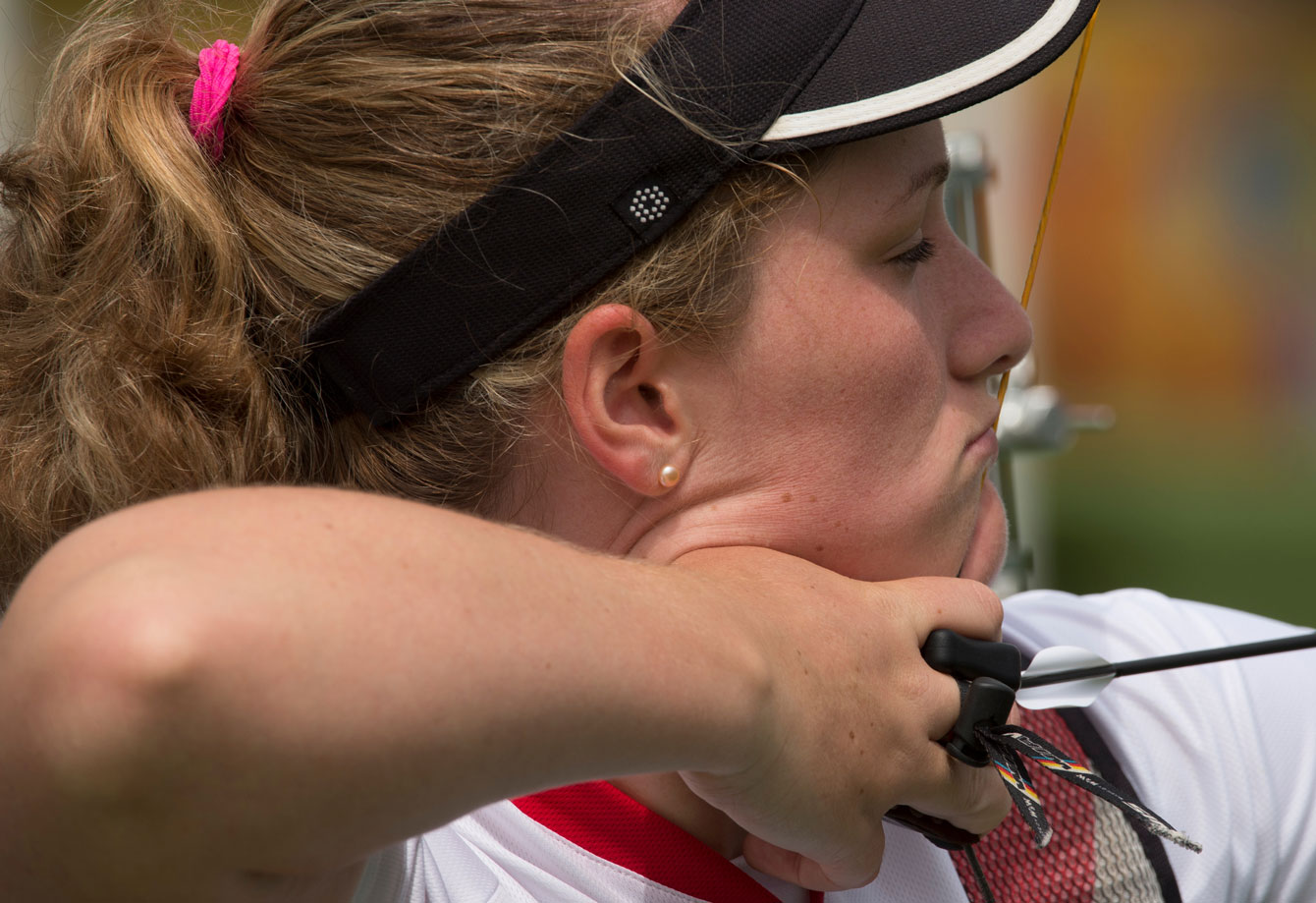 “Sometimes working on one thing in your form can take years,” she says. “But anyone can start archery and love it; it’s just a matter of having fun.”

Though some may only see Picard in “mean face” mode while shooting, she remains an approachable person who loves having fun just like anyone else—whether that means singing along to Katy Perry’s Roar in the car or kicking back with Game of Thrones every week.

And yes, even while busy preparing for her first Olympics, she’s fully caught up: “I make a special time for that show.”

Georcy Thiffeault Picard has wanted to represent Canada since she first watched Olympic archery on TV from Athens 2004. She...