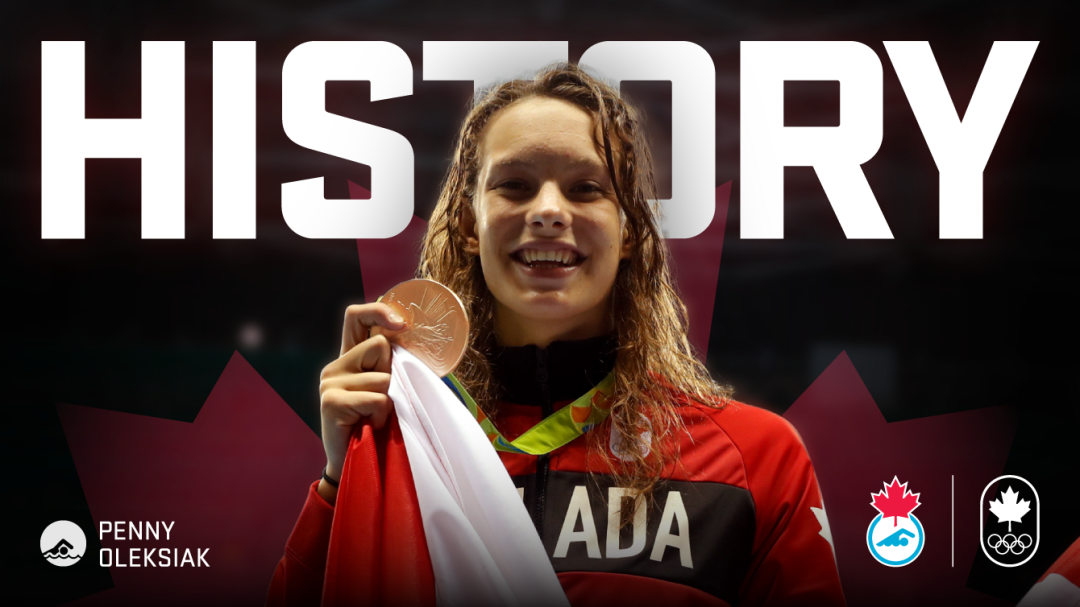 The 16-year-old from Toronto had shattered her own national and junior world record a day earlier during the heats of this event, swimming the 100m free in 52.72 seconds, taking 0.59s off the old mark. 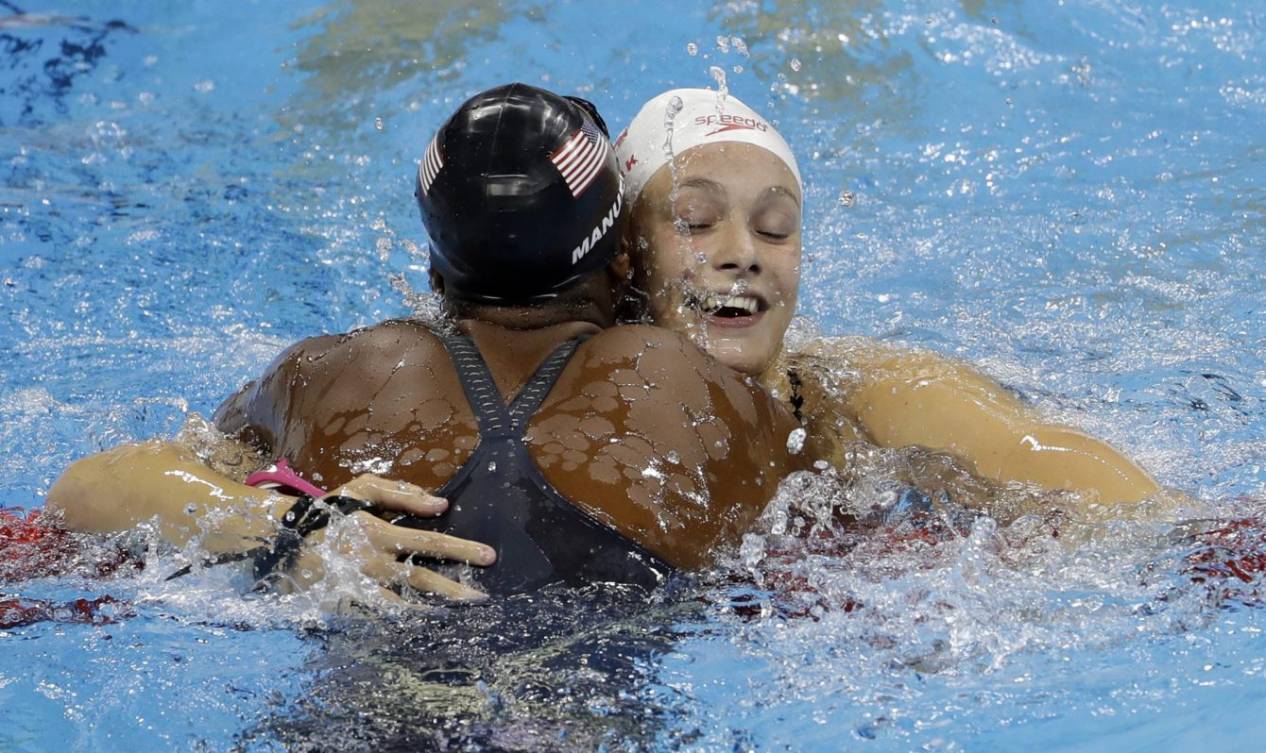 On Thursday, she bettered that time again, clocking 52.70s to tie Simone Manuel of the United States at the wall for an Olympic record and Canada’s first-ever women’s medal in the 100m free. The North Americans will each get a gold medal, while Sarah Sjostrom of Sweden (52.99) wins bronze.

Oleksiak becomes the first Canadian to win four medals at a single summer Olympic Games. She also ties Victor Davis for most medals ever won by a Canadian swimmer in the Olympics, with one more race projected in Rio.

The medal is Oleksiak’s first gold of the Games; a silver came in the 100m butterfly on Sunday night. She also anchored Canada to bronze medal finishes in the 4x100m and 4x200m freestyle relays. All told, Swimming Canada has won five medals in six nights at the Olympic Games. 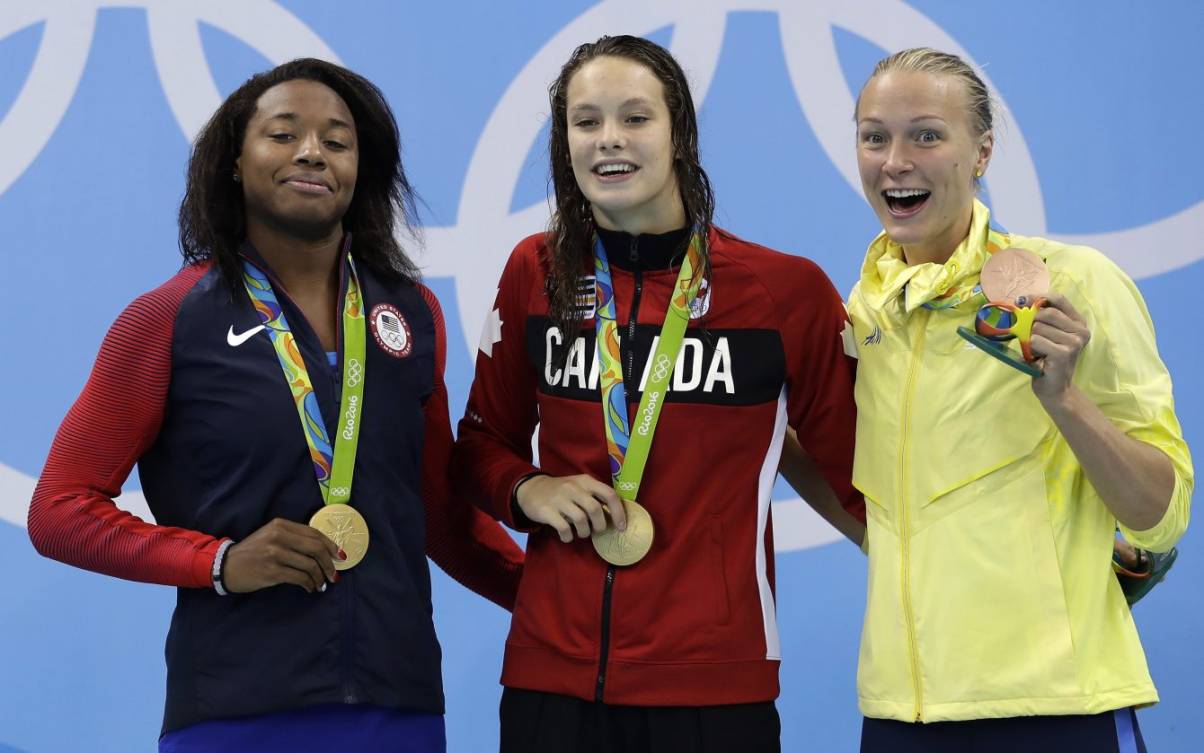 In winning, Oleksiak becomes Canada’s youngest ever gold medal winner at the Olympic Games, beating shooter George Genereux, who was 17 when he grabbed the shooting title at Helsinki 1952.

It’s also the first swimming gold for Canada in 24 years since Mark Tewksbury achieved the feat at Barcelona 1992.

The last time two swimmers tied for Olympic gold was at Sydney 2000, when Americans Gary Hall Jr., and Anthony Ervin were co-winners of the men’s 50m free.