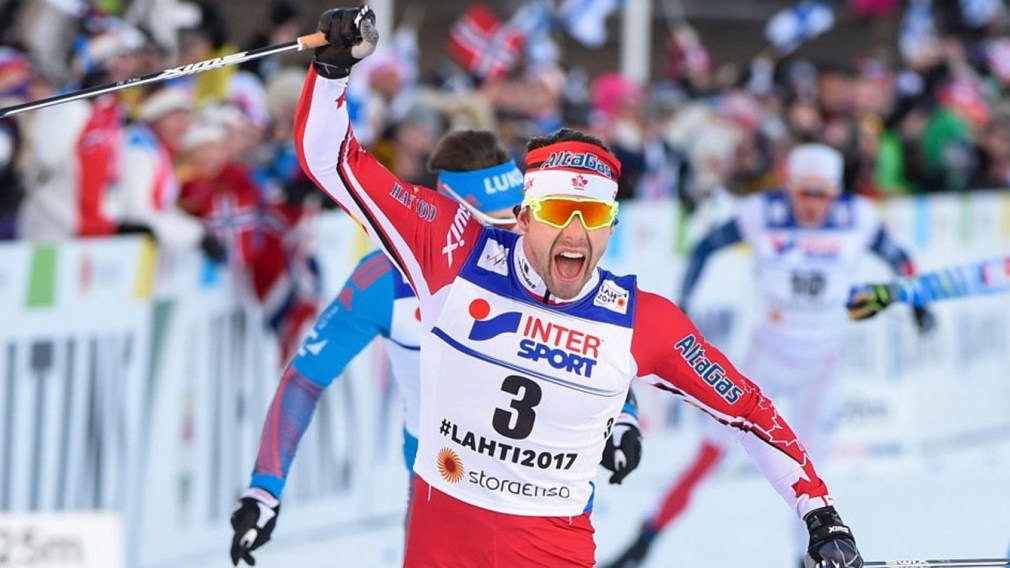 As winter sports stars wrap up their seasons in gold medal fashion, summer athletes are following suit topping international podiums of their own.

Haywood Update: @alex_harvey when you win the 50k, and still have energy for the traditional air guitar, you know you must be World Champion pic.twitter.com/Cl0RsybInH

After the women’s team won the last World Rugby Sevens stop in Sydney, Canada brought its A Game to the circuit’s next event in Vegas. The Canadians left tournament with third, after defeating the USA in the bronze medal final.

Number one 200 back so far this year. #isittapertimeyet

Divers were back in action at the FINA world series event in Beijing. For Canadian the men and women came together to climb the podium in mixed synchro events. Jennifer Abel and François Imbeau-Dulac landed bronze in the 3m discipline, while 10m divers Meaghan Benfeito and Vincent Riendeau earned a medal of the same colour.

Didn't get a chance to do this move but I did get back into better fighting form today at the Kiev International Tournament today! Happy with my wrestling today and feeling like there's so much more I can do! #kyiv #wrestling #kushti

Olympic champion Erica Wiebe was back on top at the Kiev International Tournament in the Ukraine. The Canadian made it through the first two bouts with zero points against her, until she went up against Hungary’s Zsanett Nemeth in the final. Nemeth was able to score two points during the gold medal meeting, but it was not match Weibe’s six.

Canadian Roundup: A world champion, hometown victories and more
Eight must-visit cycling spots in Canada
What is the difference between racquetball and squash?
Shuttlecock and balls: The fastest moving objects in sport
Track and Road Cyclists Nominated to Team Canada for Tokyo 2020
Getting vertical: The highest jumps in sport