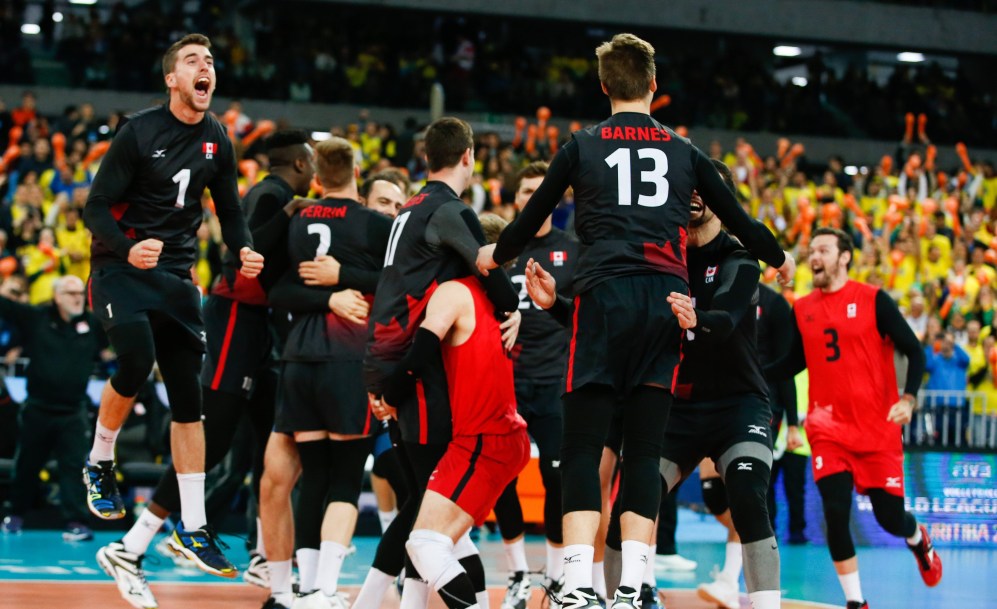 National volleyball history was made in Curitiba, Brazil on Saturday when Canada beat the United States for its first-ever FIVB World League medal, a bronze at the Americans’ expense.

Watch match point or a full replay via FIVB:

At Rio 2016, the United States rebounded to win bronze, while Canada was ousted by Russia in the quarterfinals. But with another third place medal on the line a year later in Brazil, it was Canada snatching the final step of the podium.

The win is a culmination of two years of tremendous effort by Volleyball Canada’s men’s squad.

“I’m very grateful for everybody that helped the team along the way, as there have been a lot of players that sacrificed a lot for this team,” captain Gord Perrin said after the win over the United States, undoubtedly thinking over the long and improbable stretch that brought Canada to this point. 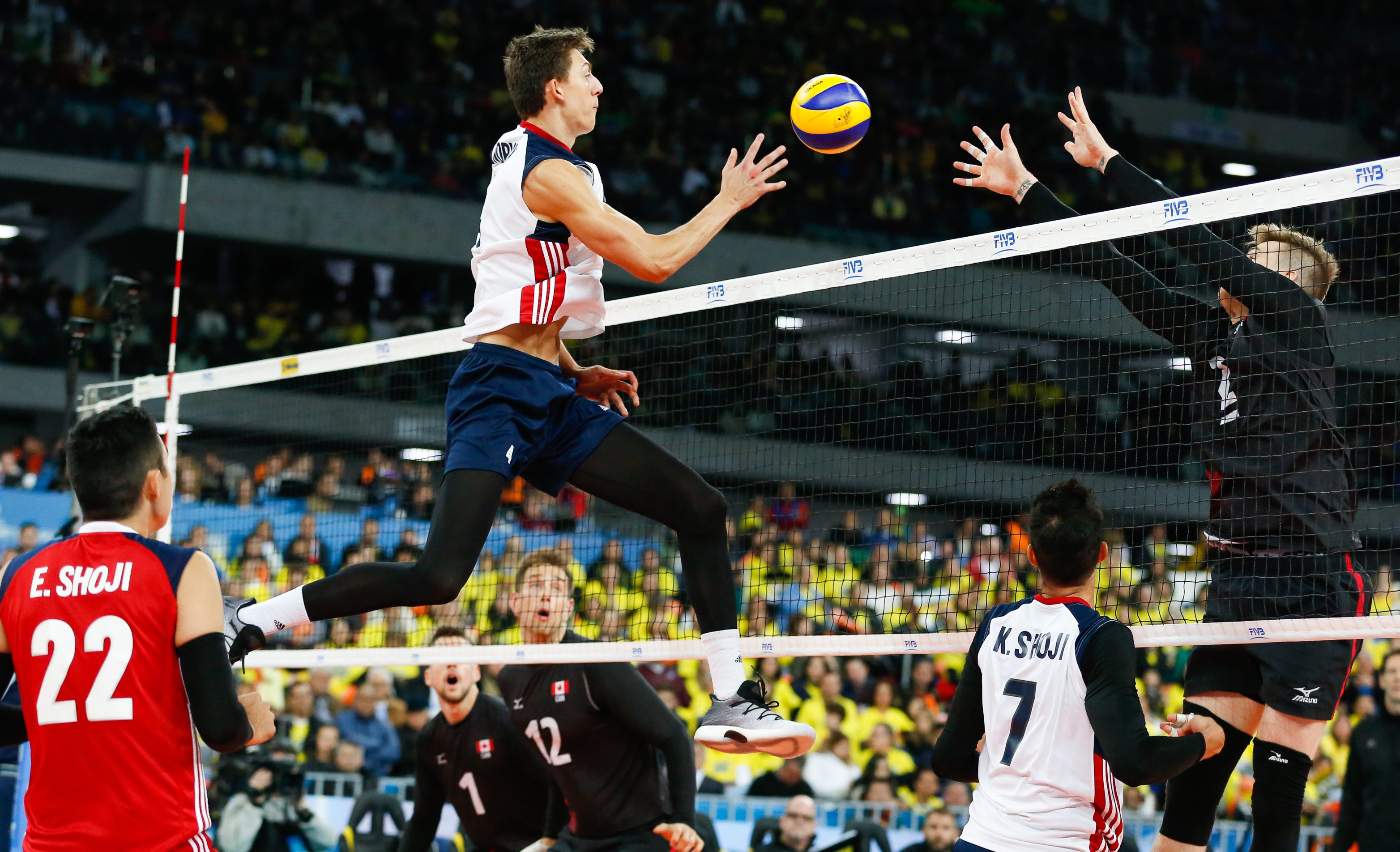 Gord Perrin of Canada, in black on the right, goes up to block against USA at the FIVB World League bronze medal match on July 8, 2017 (Photo: FIVB).

In January of 2016, Canada failed to qualify for Rio 2016 at home in Edmonton, agonizingly watching Cuba leave with the North American spot that was up for grabs. The team regrouped and won an Olympic spot the hard way, at a last-ditch tournament in Tokyo in June against stiff competition. That kicked off a series of impressive results for the Canadians.

After struggling to gain entry to the prestigious Group I of the World League in 2014 and 2015, Canada finally made the grade in July of 2016 and earned promotion to the top tier, getting a shot against the very best volleyball nations on the planet the following season.

Before they could impress against World League elite, Canada made its mark at the Olympics with a return in the men’s competition for the first time in 24 years. Wins over the United States, Mexico and Italy in Rio put Canada into the final eight of the tournament, they were already among the very best.

This year it was time to prove their run of success in 2016 wasn’t luck and the Canadians delivered, winning five of nine matches in the first round of World League. In the final round, a critical win over Russia brought Canada to the semifinals for the first time, where eventual champion France proved too strong.

“They played a really good game on defence, but we expected that,” Perrin said of the 3-1 loss to France that pushed his team to play for third place. Canada’s strength on attack was met by a French resistance, something Brazil experienced in the final, losing 3-2 in a five set gold medal thriller to the European visitors at home.

Canada had to quickly put the disappointment of not going for gold behind them. 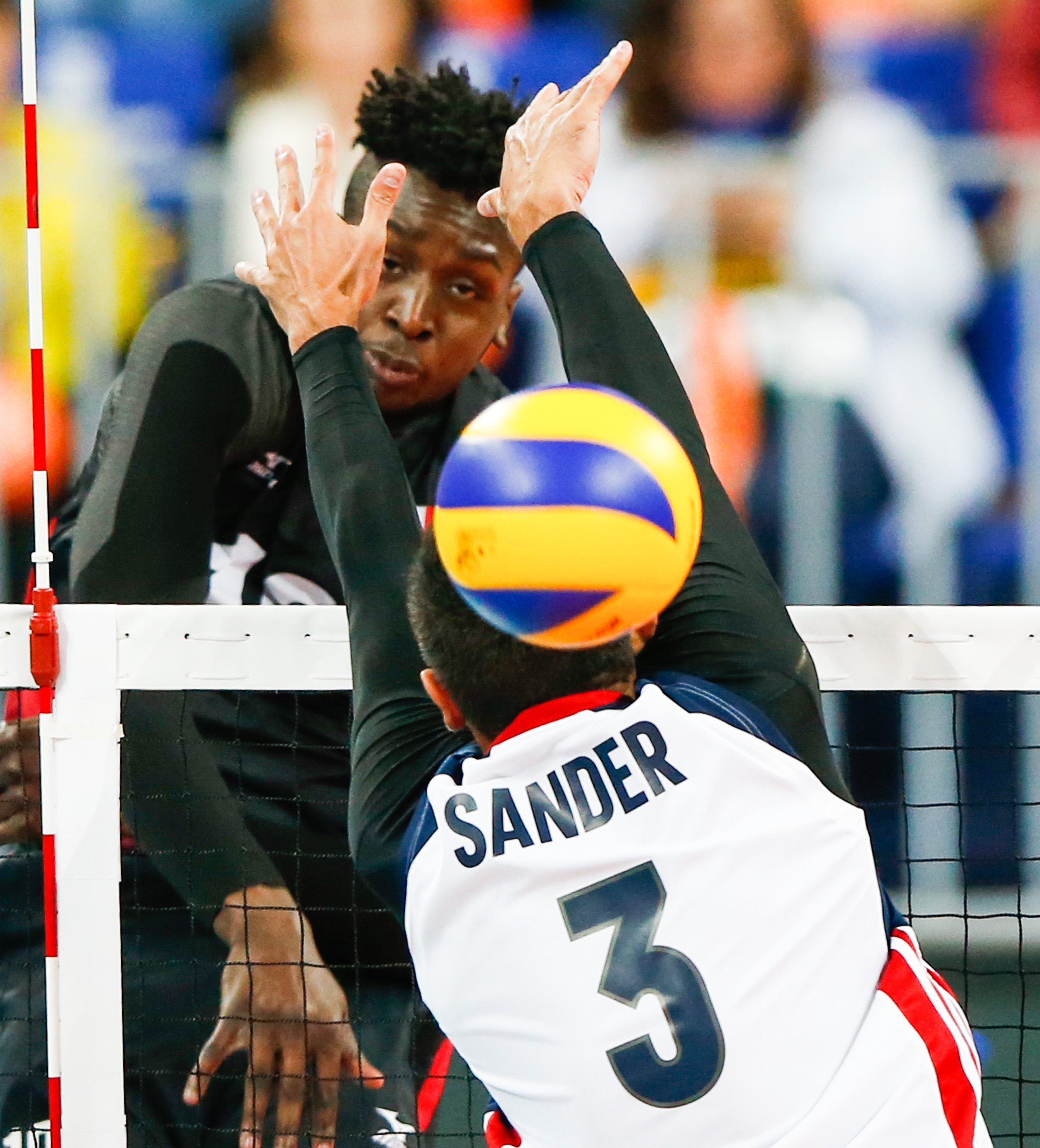 “Now we will approach the bronze medal game as any other,” Perrin said, “obviously it will be exciting for us if we can win a medal and to play against our rivals USA, so for sure it’ll be a fun match.”

Canada’s coach Stéphane Antiga echoed his captain’s sentiment saying, “it was already a success to be in (semifinals), but we still want to keep on winning.”

Antiga took over for Olympian and former head coach Glenn Hoag, who helped Canada return to the Olympics and the World League Group I last year. Hoag remains with Volleyball Canada as a high-performance consultant. Building on his predecessor’s work, Antiga continued, “I’m confident on our chances and hopefully we can give Canada their first-ever World League medal.”

With more than 250 caps, Frederic Winters was the most experienced member of the Canadian team that competed at the...