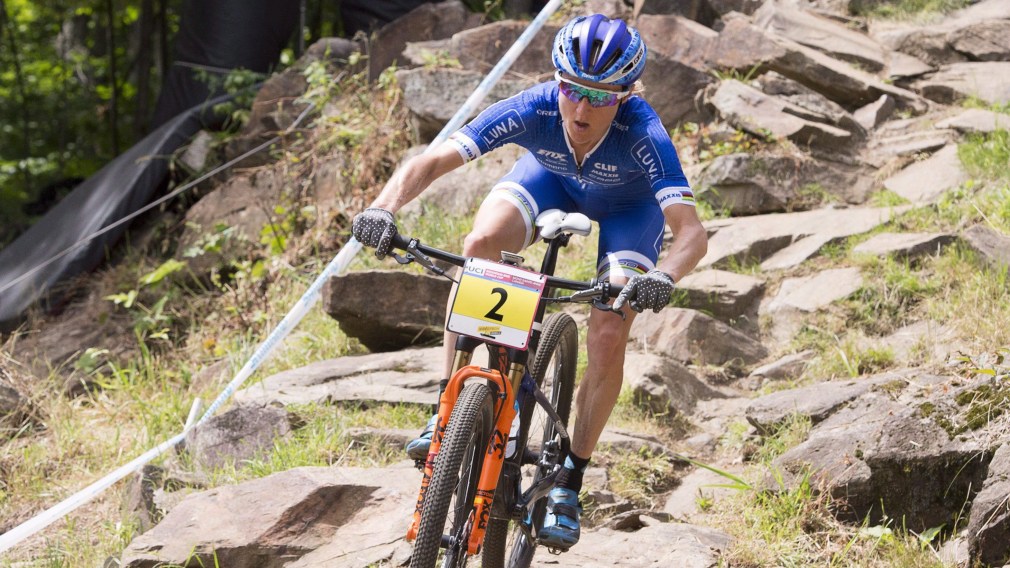 The Olympic bronze medallist completed the five laps of the course in 1 hour 19 minutes and 4 seconds. Taking the victory was Ukrainian Yana Belomoina (1:17:50) while Frenchwoman Pauline Ferrand Prevot (1:18:34) placed second.

Pendrel held the lead after the first lap, but by the end of the second, Belomoina had caught up. After the third lap, the top four finishers were in their finishing order as the top two separated themselves from Pendrel. Belomoina claimed the overall World Cup title with the win.

This is Pendrel’s first World Cup podium of the 2017 season. In the first four stages she had a top result of 10th place. It was also a season-best finish for Batty.

The World Cup Finals will take place in Val di Sole, Italy from August 25 to 27. The season will conclude with the UCI Mountain Bike World Championships in Cairns, Australia which will take place September 5-10.

First mountain bike World Cup podium of 2017 for Pendrel
World Juniors: Remembering the 2005 “All-Star” team
Shuttlecock and balls: The fastest moving objects in sport
What is the difference between racquetball and squash?
Getting vertical: The highest jumps in sport
Korea 101: Korean Customs and Traditions