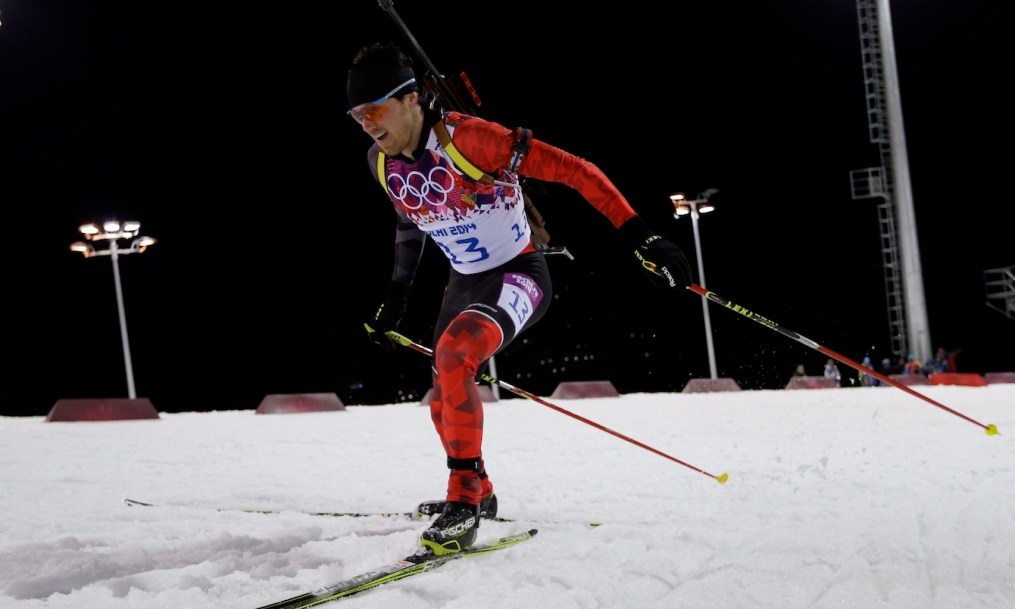 It’s been more than 20 years since Canada last won a biathlon medal at the Olympic Games.

But if there’s reason for optimism, it’s the results laid down since the biathlon team achieved Canadian best-ever Olympic results in seven of 11 events at Sochi 2014.

That is especially true of the men’s team, which has never had a member stand on the Olympic podium.

Our Team is ready for a new season of Biathlon🎯 — @CanmoreNordicPP.
📷 Thanks/Merci Matthias Ahrens. pic.twitter.com/yPUlCaswur

Biathlon Canada named 11 athletes to its senior national team for 2017-18:

There are six IBU World Cup stops ahead of PyeongChang 2018 with three more coming in March 2018.

Thanks for the great shot @bowvalleyphotography ! Excited for the season ahead after a successful training season 💪👌 #anotherbestday #julboeyewear #Biathlon #RaceReady #canmore @haltiworld

There will be a total of 230 biathletes at PyeongChang 2018, evenly divided between men and women.

Countries qualified for the Games based on the performances of their biathletes during the 2016-17 season. Results from World Cup, IBU Cup and World Championship events were used to create a World Cup Nations Cup Ranking List for each gender.

Canada fell into the middle category, finishing 13th in the men’s ranking and 16th in the women’s ranking. That means Canada can send five men and five women to PyeongChang, but a maximum of four will be allowed to start in each individual event.

So nice to be back on snow! Thanks @bowvalleyphotography for the great picture! #timetoplay #biathlon #solobar #Canmore

In 2015, Nathan Smith was the king of Canadian biathlon. First, he became the first Canadian man to win a medal at the world championships when he took silver in the 10km sprint. Then, he became just the second Canadian man to stand on a World Cup podium when he won gold in a 12.5km pursuit. But he’ll be making a bit of a comeback this season after missing most of 2016-17 with a virus that caused him fatigue. 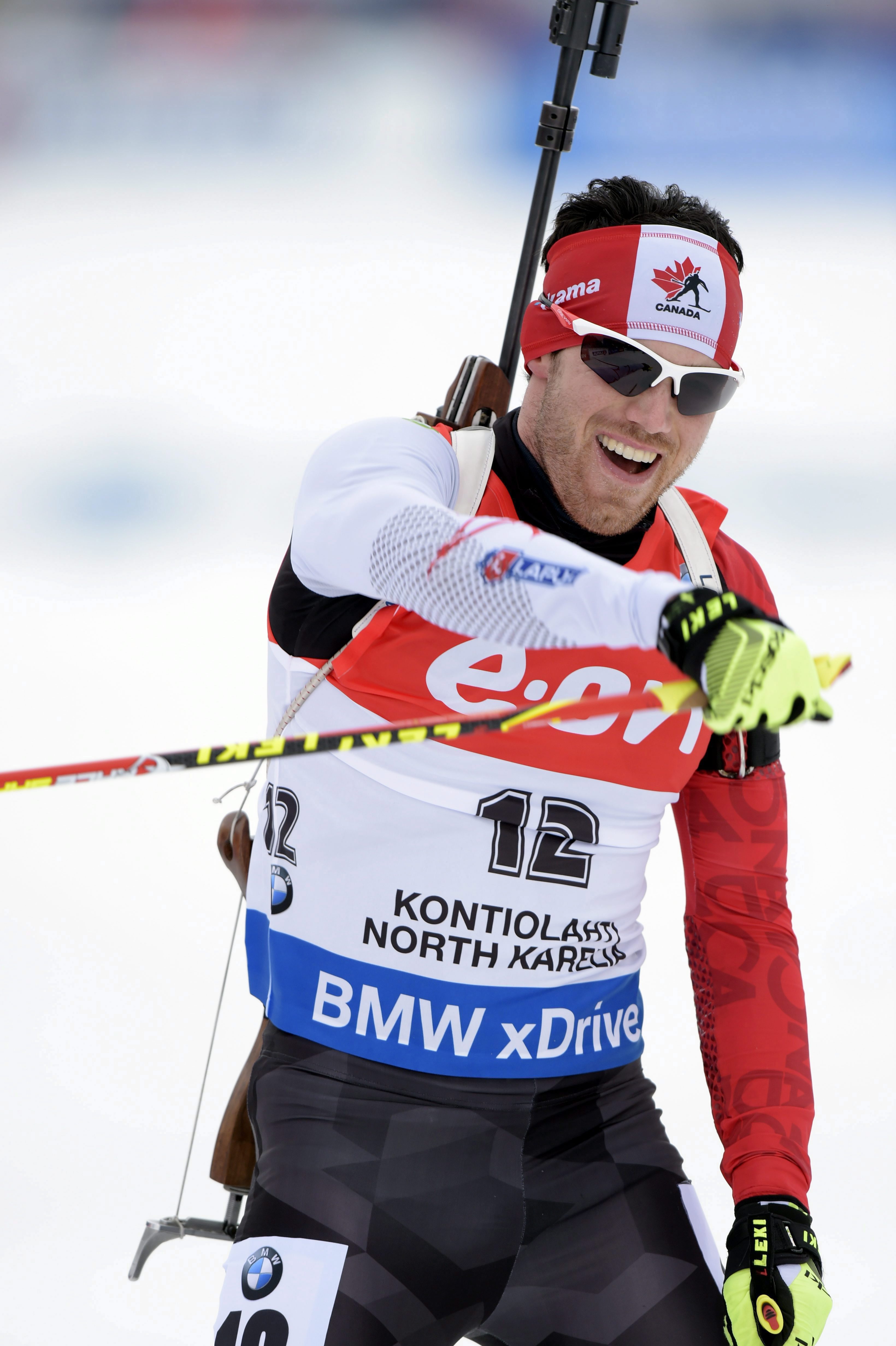 By March, he was strong enough to compete at the Olympic test event of the Alpensia Biathlon Centre where he helped the men’s relay team to a seventh-place finish. That foursome also included Brendan Green and the Gow brothers, Christian and Scott. A year earlier they had made history by capturing bronze for Canada’s first ever relay medal at the world championships. 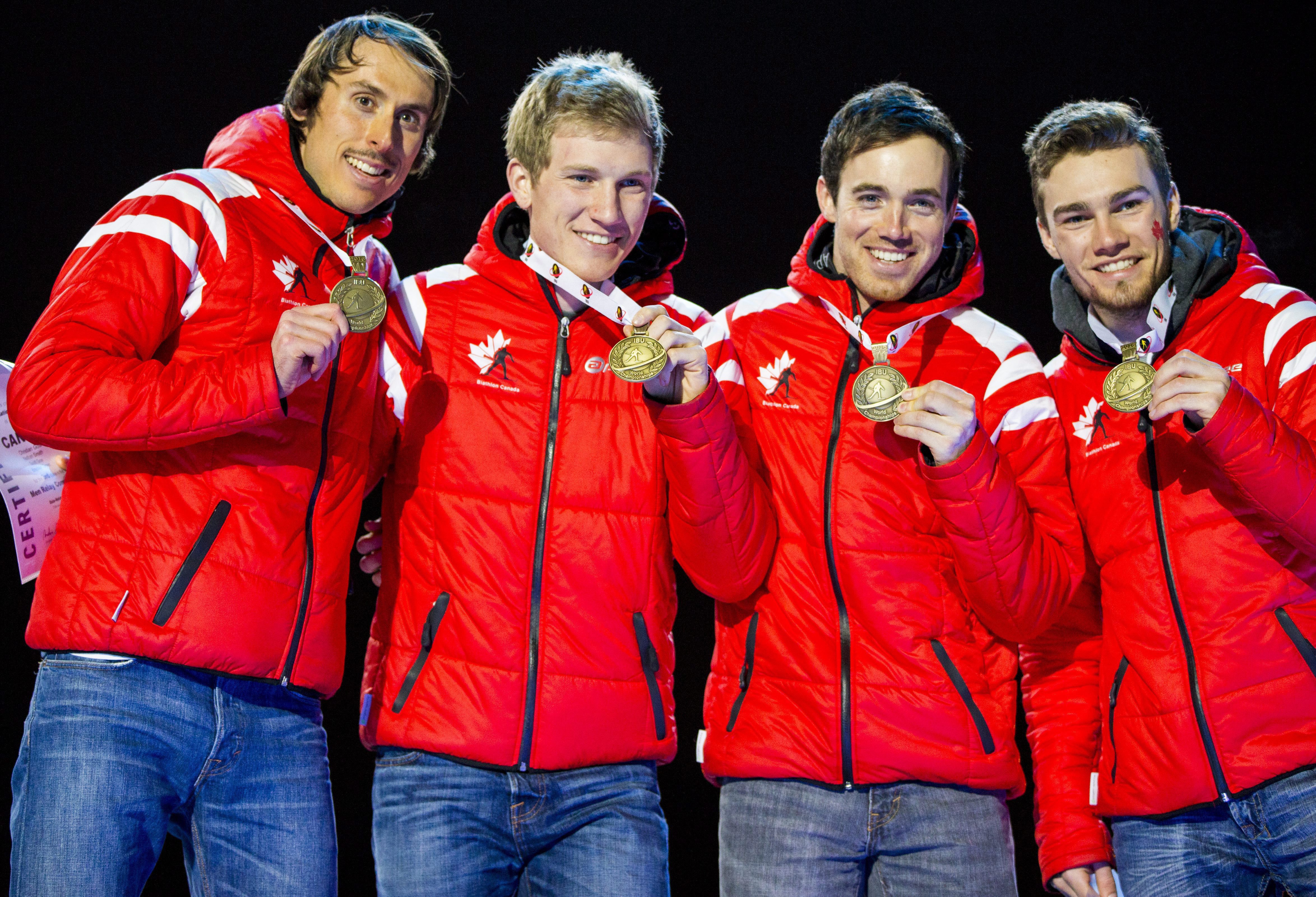 “Their relay medal was amazing and the individual medals the year before, I think, has made everyone realize how competitive we can be at the World Cup stage,” Emma Lunder told Olympic.ca in early June. “I feel until you have those breakthrough moments it feels more like a dream. Now I have several teammates who have been on the podium so now, I can try and steal tidbits of what they did. It just seems that everyone is building off that momentum and if it’s possible once, we can get back there.”

Two-time Olympian Rosanna Crawford is the veteran of the women’s team. She joined forces with Julia Ransom, Megan Tandy and Lunder for an eighth-place finish in the relay at the Olympic test event. But the next generation is also showing strength. Last season at age 19, Megan Bankes became the first Canadian woman to win gold at the world junior championships when shot a perfect 20 for 20 in the 12.5km individual event.