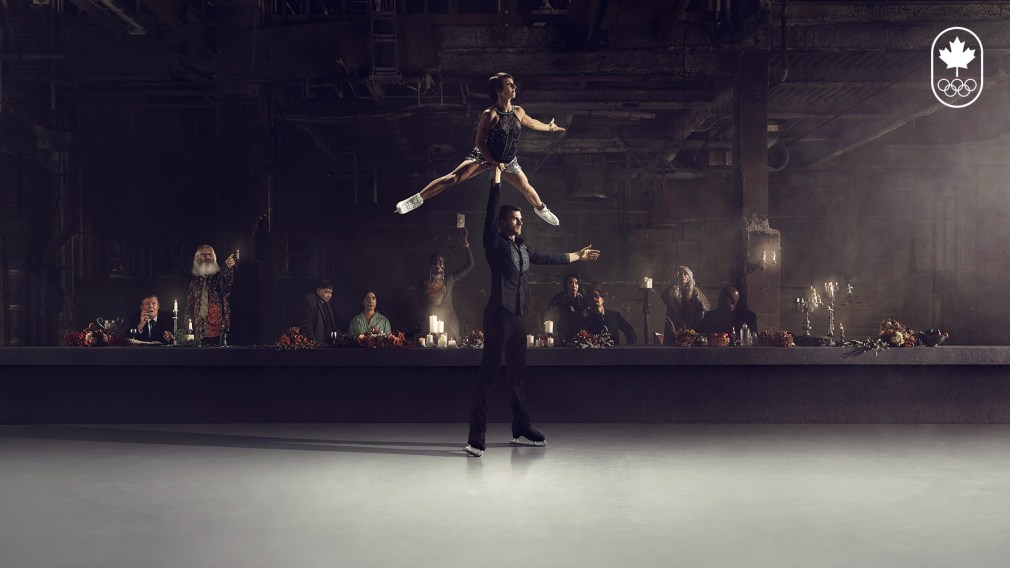 By The Canadian Olympic Committee
January 24, 2018

I grew up in Balmertown, a small community in Northern Ontario that’s home to about 1,000 people. I was the only male figure skater in a hockey town, which led to me being bullied quite a bit. I never could figure out exactly why the other kids would make fun of me for choosing a certain sport.

But I also loved to skate.

Four years ago, at the Olympic Games in Sochi, I won a silver medal with my pairs partner Meagan Duhamel in the team event. But the road from Balmertown to Russia was a windy one: there was success and there was failure along the way. There were people who didn’t believe we could go as far as we believed we could. We never let that stand in our way.

What does it mean to be Olympic? To me it’s about courage. It’s about grace and excellence in the face of judgment. We’re all judged by others, from the time we’re young: for how we look, how we talk, what we do. Our success is determined by how we decide to respond to it. We can let it bring us down — or we can find the courage to believe in ourselves and to follow our dreams.

In December 2014, I decided to come out publicly as a gay athlete in Outsports magazine. I had never felt compelled to talk about my sexuality before because I believed it was a non-issue.

But I put myself in the position of a young kid, who might be afraid to follow their own dream. Or maybe they just want to get out of their own small town and do something in the world. If that young kid was able to see someone on TV — someone similar to myself, who was openly gay and winning medals — then maybe that would give them the confidence to feel it was truly possible for them.

It could help anyone. It doesn’t have to be sexuality, it can just be about being different in general.

I was asked once what I would say to my 13-year-old self, and it’s the same thing I’d say to anyone else who is going through something like what I went through.

Be yourself. Don’t listen to what anybody else says. Don’t let anybody convince you that what you’re doing is wrong. If you’re a male figure skater, don’t let anyone tell you it’s a girls’ sport. Whatever it is you’re doing, don’t let anyone try to diminish your dreams or make you feel stupid for wanting to be a certain way. What you’re attracted to in life — creativity, music, even a colour — it’s all inside of you, you can’t control it, so don’t feel bad for feeling that way. Have confidence in your own dreams and have confidence in yourself. And if you really want to achieve your dreams, look at the examples around you, surround yourself with people who believe in you, and you really will be able to achieve them.

Have courage. Be resilient. Be Olympic.

Eric Radford – Be Olympic
What to expect from Canadian tennis players at the French Open
Shuttlecock and balls: The fastest moving objects in sport
Adventure, culture and food: 9 things Peru is famous for
55 Olympic and Paralympic hopefuls awarded the 2020 Petro-Canada FACE™ grant
Katherine Surin: Lessons learned from an ordinary yet extraordinary father