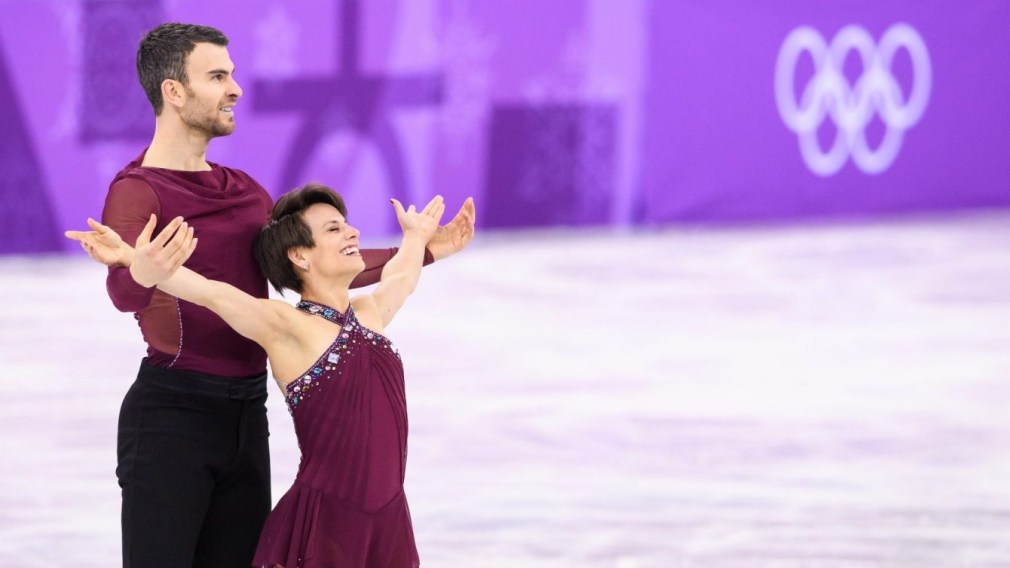 At the start of the season, the veterans of the Canadian figure skating team set their sights on winning Olympic gold in PyeongChang.

With just one day of competition remaining in the team event, that gold medal is almost in their grasp.

Following the completion of the short programs, as well as the pairs free skate, Team Canada has accumulated 45 points to sit six points ahead of the Olympic Athletes from Russia. The United States is currently in third place with 36 points, just one ahead of Italy. 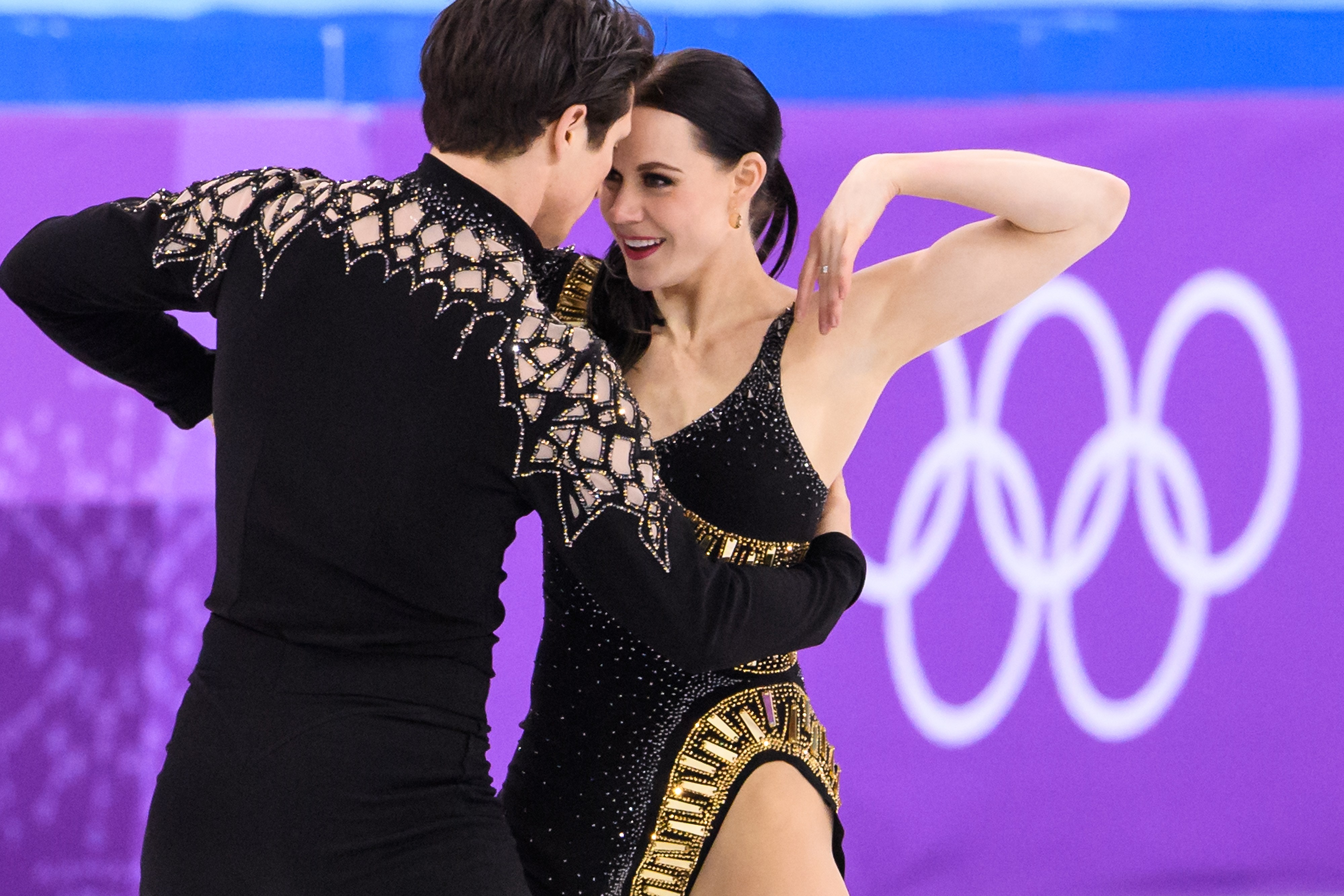 As expected, Tessa Virtue and Scott Moir placed first in the short dance, finishing five points clear of Americans Maia and Alex Shibutani. Ekaterina Bobrova and Dmitri Soloviev of the OAR were third ahead of Italians Anna Cappellini and Luca Lanotte.

Virtue and Moir scored 80. 51 for their Latin-themed short dance, which is two points under their season’s best. But they received a level two for their required rhumba pattern and a level three on their midline step sequence instead of the level four they’ve become accustomed to. However, the technical panel was tough across the board for all of the couples. 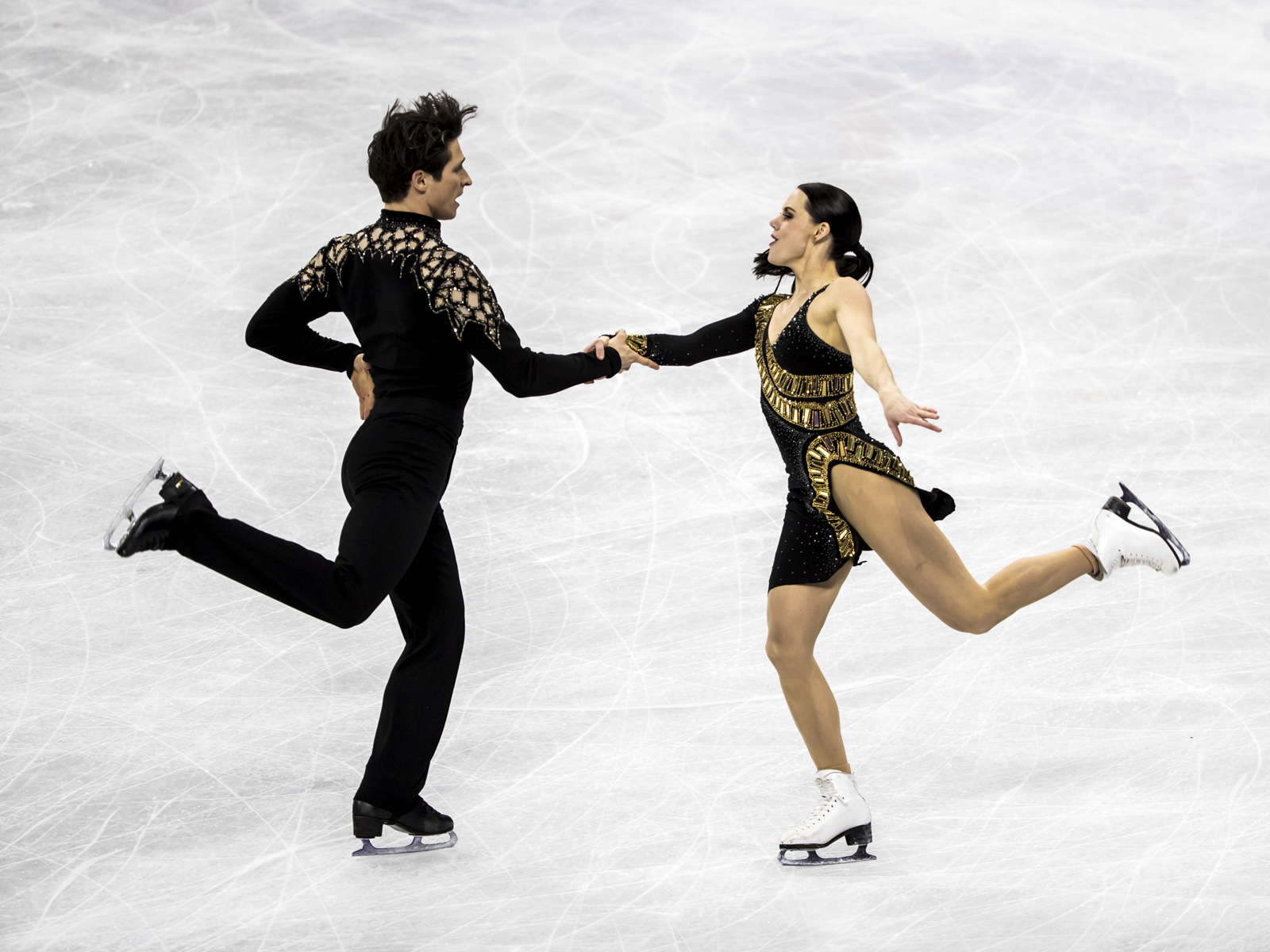 “This is the Olympic Games. We need to be looking for the harshest panel, especially when you’re going to have the best field that we’ve had in four years. I think that it’s a good sign,” said Moir, as he and Virtue noted that doing the team event allows them a chance to learn what the technical panel is looking for ahead of their individual event next week.

“Any reaction to scores this early in the competition is just us being perfectionists, wanting to figure out how we maximize points and evaluating the performance,” Virtue said of their reactions upon seeing their scores. “We still have a big job to do tomorrow and then again next week. We’re trying not to get too ahead of ourselves, but we’re really please with that performance.” 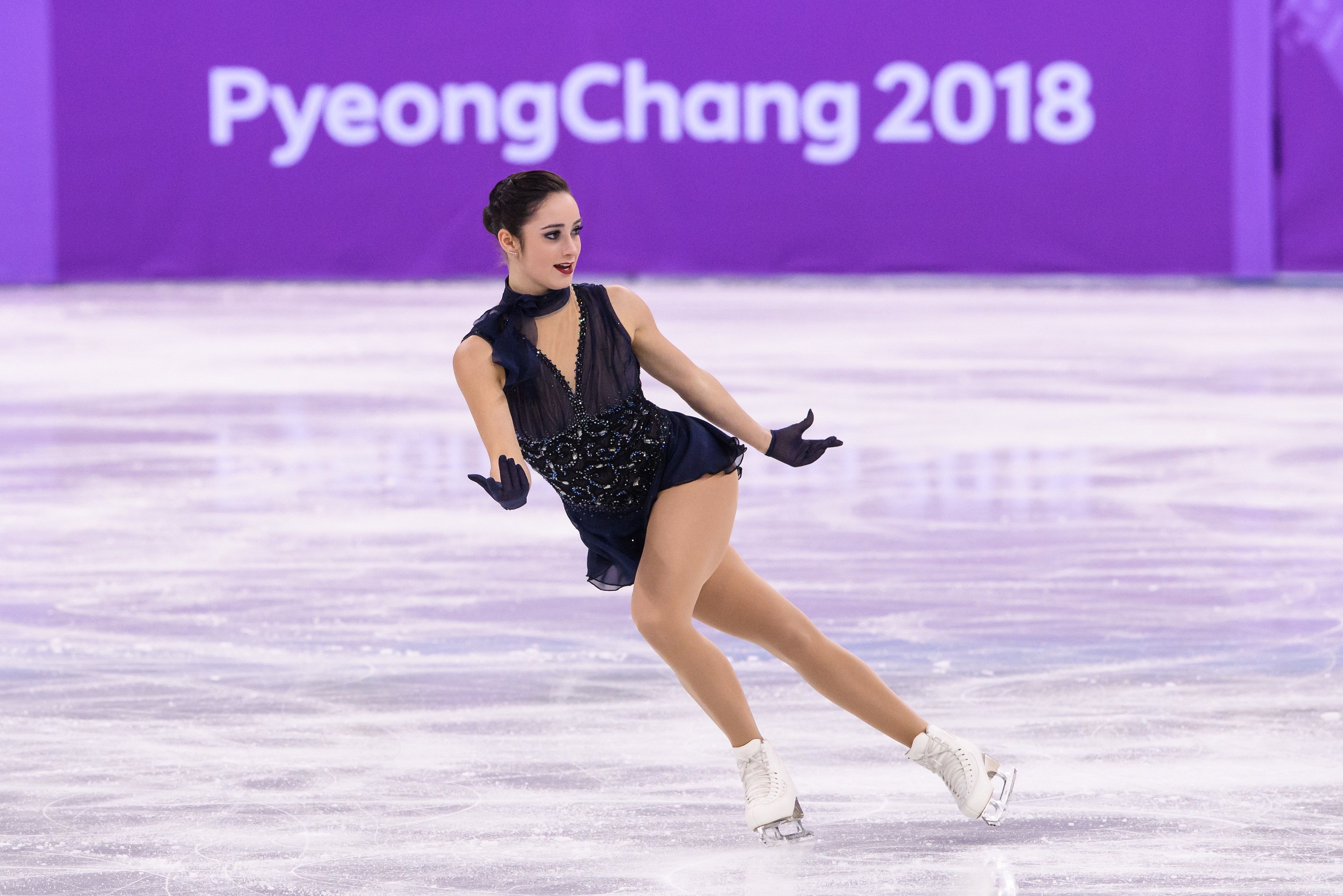 While the world silver medallist is known for her big jumps, the excitement of skating on Olympic ice again led to them getting a little too big. Somewhat out of control in the air, she managed to reign them in enough to land her triple flip-triple toe combo, although with a turn in between the two jumps which led to a drop in her execution score. 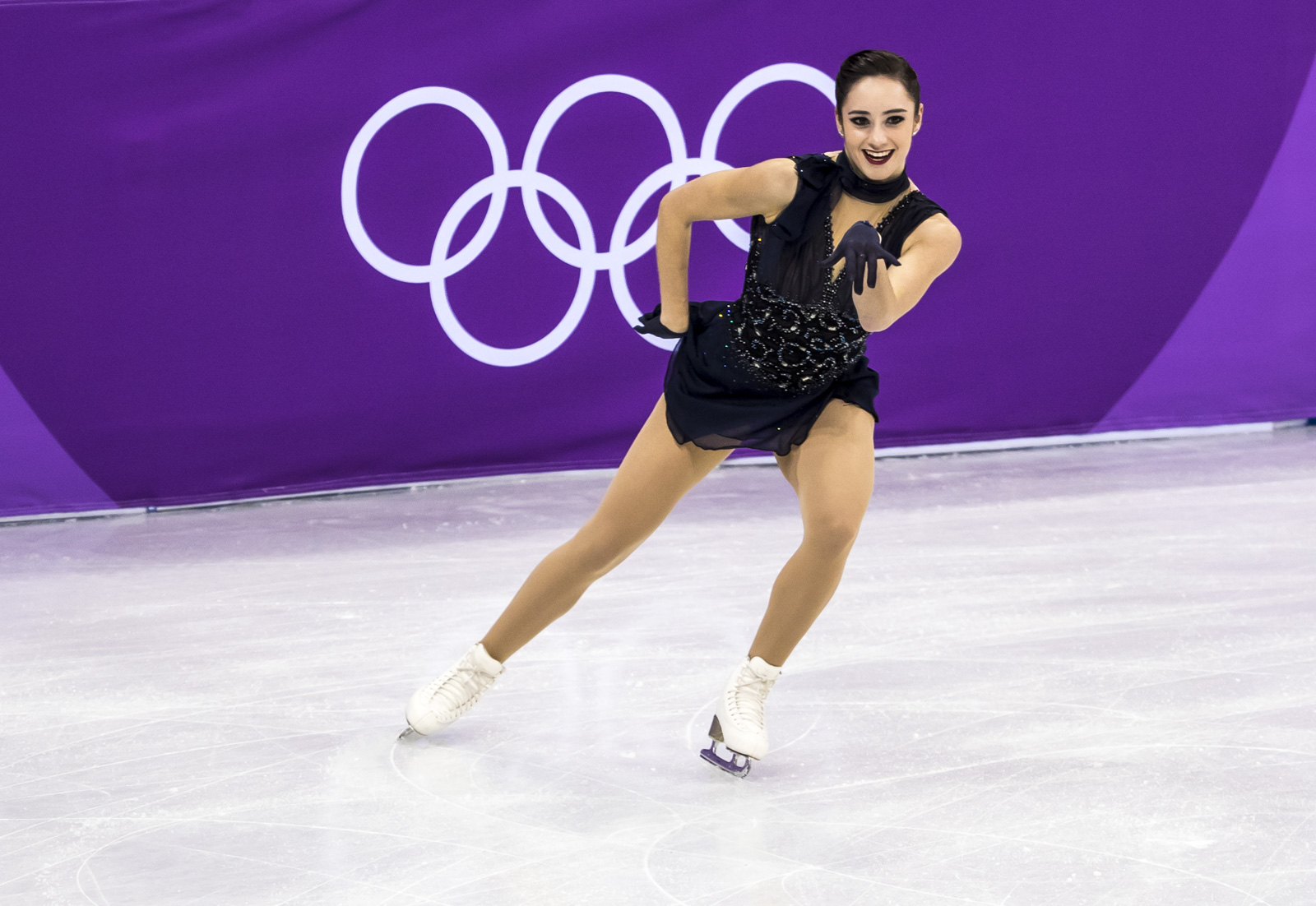 Osmond was a member of the silver medal-winning team in Sochi, but she acknowledges that she is at a much different stage of her career now.

“I was only 18 at the last Olympics. I was young and new to the international world and new to the rest of the team,” she said. “So when I was out on the ice in Sochi it was really me because I didn’t know many other people but being on a team that medalled in Sochi and knowing them ever since and being at competitions with them makes it feel more like a team this time and I think this time it will be more memorable.” 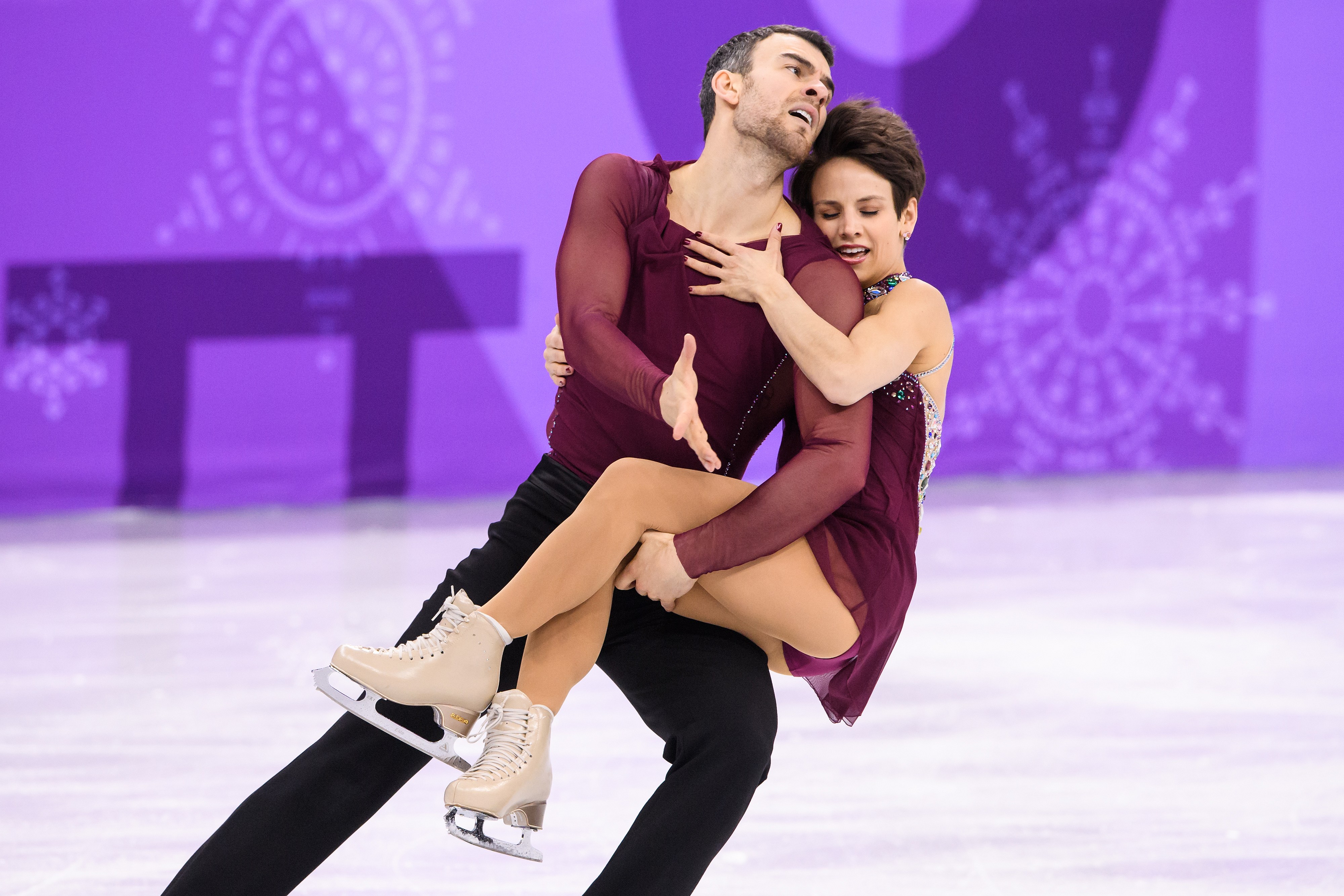 After the short programs were completed, the field was cut to the five countries that would compete in the free skates for the medals – Canada, OAR, United States, Italy, Japan.

First up were the pairs, including Meagan Duhamel and Eric Radford. They got just the performance they were looking for: their best free skate of the season but still with something to improve upon and strive for when they compete in the pairs event in a few days. The most noticeable flaw was when Duhamel put her hand on the ice while landing the extremely difficult throw quad Salchow. They still finished first by 10 points.

Duhamel and Radford were the only top contenders for the pairs podium who competed in both programs during the team event. They have to skate again on February 14 and 15, but before coming to PyeongChang they had mentally and physically prepared themselves for the workload.

“I don’t think it’s going to be a mistake if we’re standing on top of the podium tomorrow. If we go into the pairs competition and something happens if we don’t deliver our best performances, it will not be because of this team event,” said Duhamel. “We knew we had a very good chance to win gold with Team Canada in this team event and our entire team is taking it very seriously.”

The team event medals will be awarded on Monday afternoon in PyeongChang after the men, women and ice dancers compete in their free skates. Patrick Chan will be back on the ice as will Virtue and Moir. World bronze medallist Gabrielle Daleman will make her first appearance on the ice at the Gangneung Ice Arena, swapping in for Osmond in the women’s free skate.