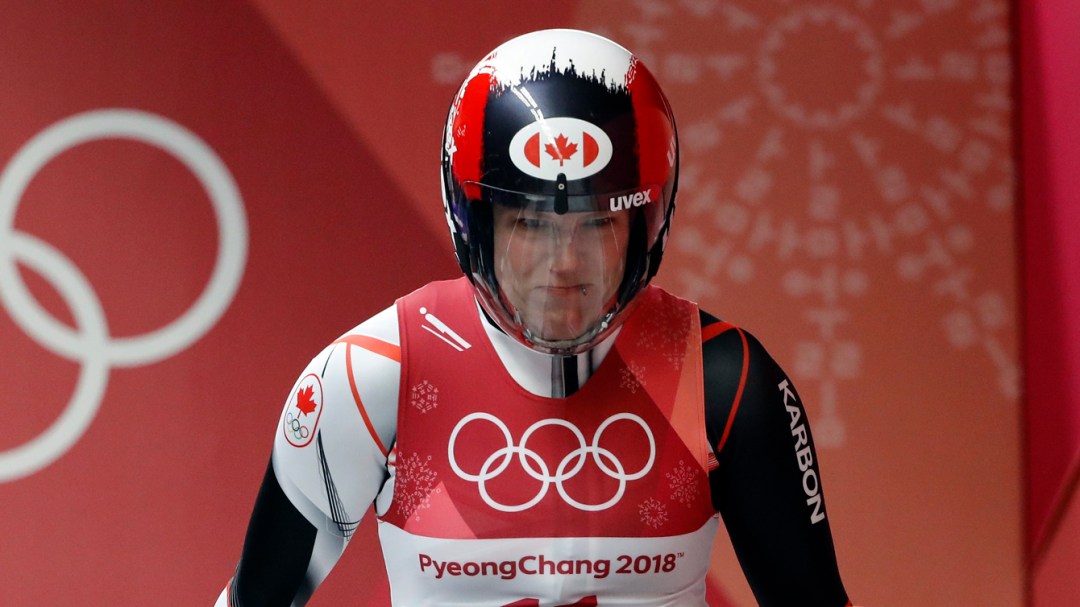 In third after two runs, Gough glides for that elusive Olympic luge medal

Known for occasionally breaking up a German party in women’s luge, Canada’s Alex Gough may do it again, but this time on the ultimate stage at PyeongChang 2018.

In third place following two runs at Alpensia Sliding Centre, Gough’s cumulative time of one minute, 32.645 seconds has her behind two Germans, but in front of another, heading into the final day of Olympic singles competition on Tuesday. 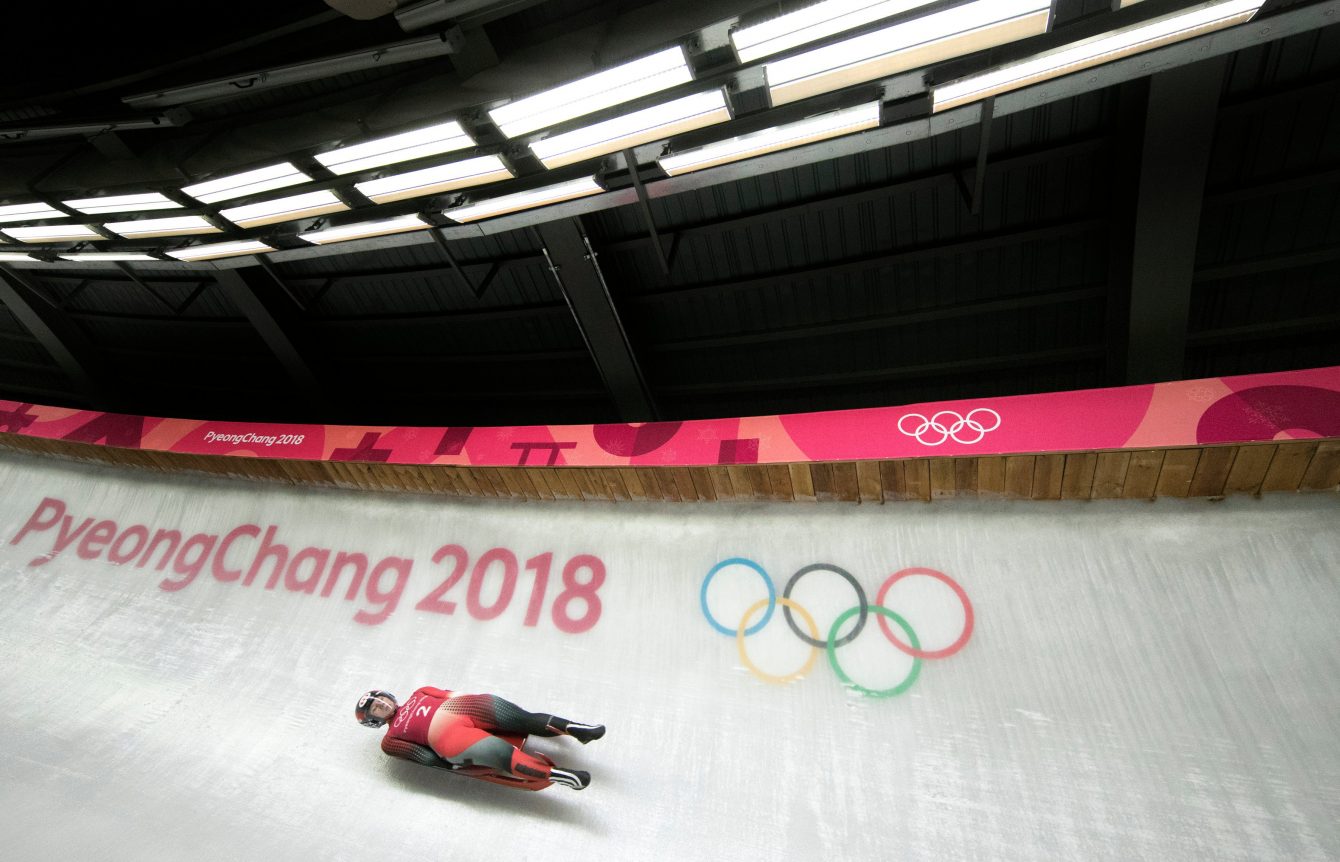 The imperious Natalie Geisenberger, the defending Olympic champion and owner of three women’s world championship titles (and four more in team relay), leads the field with a time of 1:32.454 through two runs. Her fellow countrywoman Dajana Eitberger trails by 0.120 seconds, while Gough is 0.191 back and feeling comfortable.

“The track is in great condition and I had pretty good runs,” said Gough. She was second after the opening run but Eitberger broke Geisenberger’s track record on the second outing to pull ahead of the Canadian. Nonetheless, Gough – at her fourth Olympic Games – sounded optimistic as the contest heats up.

“The ice is a little harder for sure but I like it when the ice is hard, so I’m looking forward to seeing what happens tomorrow.” 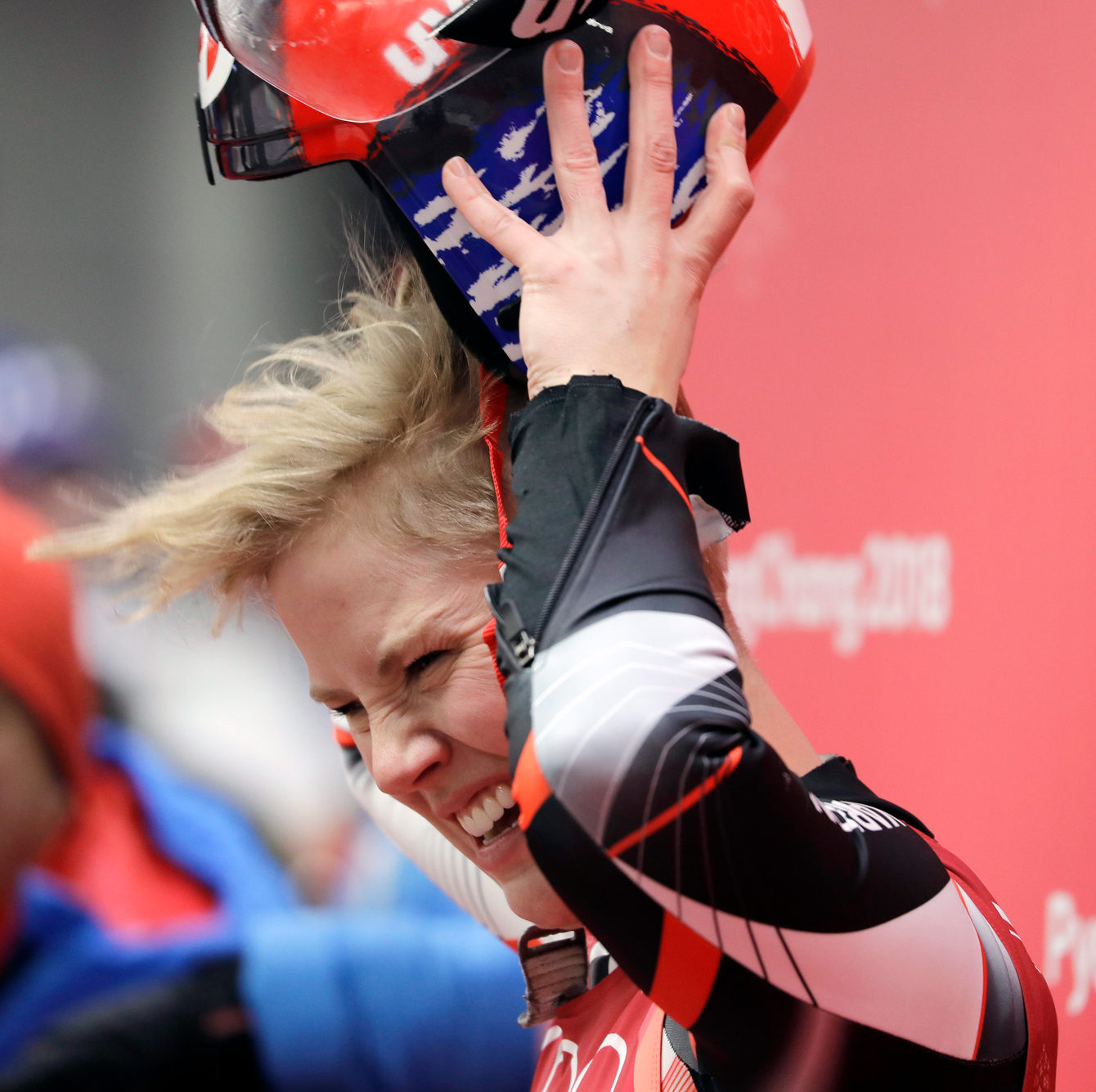 Gough’s national teammate Kimberley McRae is also in contention, sixth place after Monday’s events with a cumulative time of 1:32.788. McRae was fourth after the first run, then struggled on her next outing, but she knows what’s required to regain form.

“The second run was a little rough on every corner and I definitely lost some time there. Sometimes you just get out of rhythm and it’s hard to get back on it, especially if you’re off from the top,” McRae said.

“Every time I come out of (curve) nine I’m just holding my breath because I don’t want to hit that wall. You definitely just have to relax and let the sled go.” 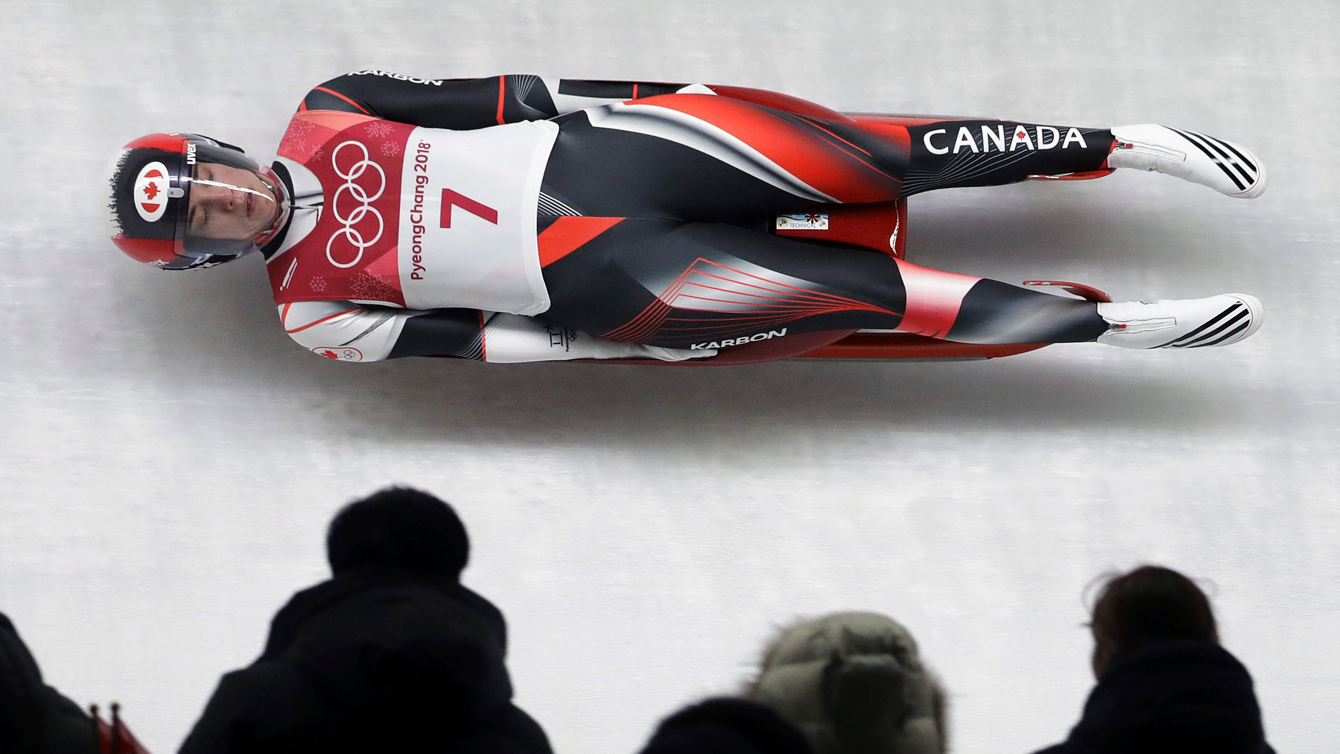 Kim McRae at PyeongChang 2018 on February 12 during her first run in women’s singles luge (CP).

While McRae, 25, had a fifth place breakout performance in Sochi, Gough, 30, was just one spot shy of the podium in singles, and finished fourth again in team relay. It was agony for Canada, a country that has yet to win an Olympic luge medal in competition, but remains on the cusp of a breakthrough, having just watched Sam Edney’s all-time best performance in men’s singles over the weekend.

Gough is the best Canadian positioned to finally end Canada’s string of Olympic heartbreaks in luge, but it won’t be easy. Right behind her in the standings are Germany’s Tajana Hufner, and American Erin Hamlin, the Olympic silver and bronze medallists, respectively, from four years ago in Russia.

Hufner is the reigning world champion, securing women’s gold in Austria a year ago, where Hamlin was second. Incidentally, McRae picked up her first-ever medal at that stage, winning bronze. The field is deep and will be gunning for Gough and beyond. 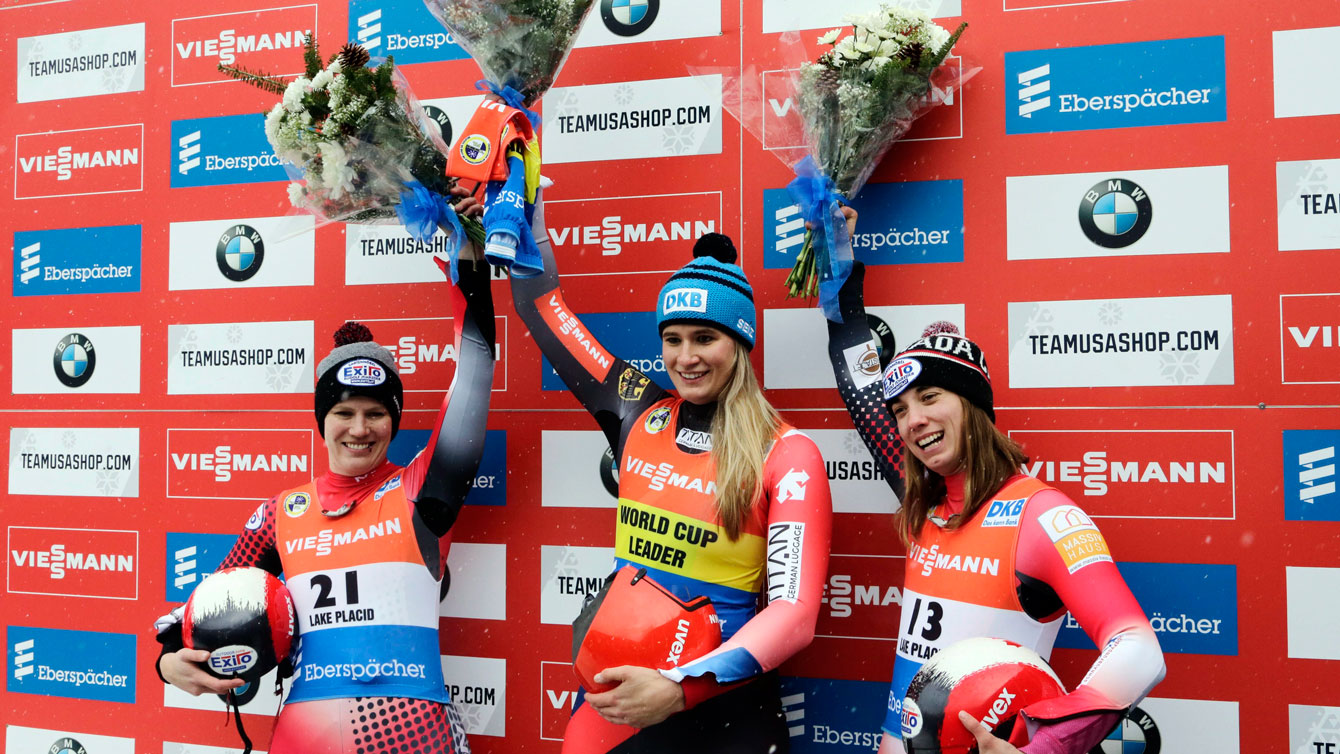 Nonetheless Gough, who has two world championship bronze medals (sharing the podium both times with Geisenberger and Hufner), has repeatedly demonstrated she is among the best in this generation, and said she wants to have a bit of fun, if that should help the cause in ending Canada’s curse.

“Just be really clean and consistent,” Gough said when asked what it might require to get on the podium. “I’m really enjoying sliding on the track so I just want to keep that going and see where I end up at the end of the day.”

When she won her most recent world championship medal in 2013, Gough robbed Germany of a podium sweep. On Tuesday, she may yet spoil another party for the world’s most dominant sliding sports nation, and if she does, she’ll end perhaps the most frustrating drought in Canadian sport.