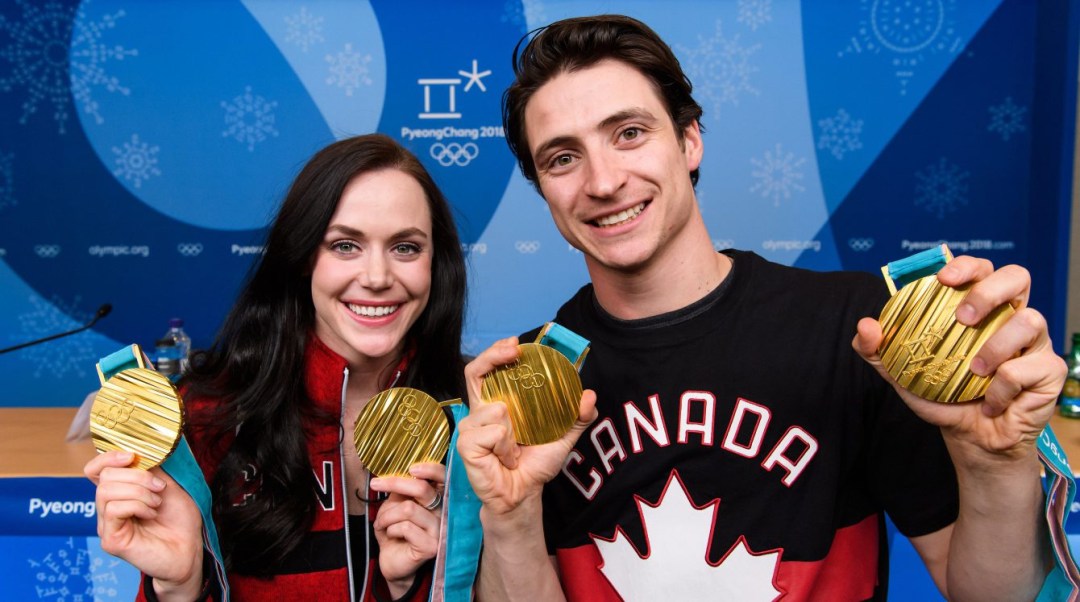 What are Virtue and Moir up to post-PyeongChang?

Here’s a quick look at what Canada’s favourite duo have been up to and what’s next for the most decorated Olympic figure skaters of all time.

Where are all of my @TeamCanada friends?
Is it still OK to wear sweatpants 24/7?
Where’s the bibimbap?
Why aren’t @arkellsmusic playing live for my kitchen dance party?
The post-Olympic reality check is real. And it’s a struggle.

Despite a moment of post-Olympic blues, Tessa and Scott were happy to head home and spend some time with their friends and families in their hometowns of London and Ilderton, Ontario, respectively.

Taking in a Leafs game

spotted: @tessavirtue and @ScottMoir are breathing th same air as me rn and watching MY brother play hockey…

Virtue and Moir weren’t the only Olympians in the house when the Toronto Maple Leafs took on the Pittsburgh Penguins at the Air Canada Centre.

Swimmer Penny Oleksiak, four-time medallist at Rio 2016, was watching her brother Jamie play for the Penguins and both the summer and winter Olympians sides were beyond excited to meet each other.

Another special guest at the game was Chris Hadfield, the first Canadian to walk in space and commander of the International Space Station from March to May 2013. Virtue and Moir are big fans of Hadfield and were thrilled to meet him.

Dancing their way onto the Ellen DeGeneres Show

Attention Canadian @TheEllenShow fans! With thanks to @Jen_Birmingham & her friend @andylassner, your Canadian skating icons @tessavirtue & @ScottMoir will be on the show airing next Tues., 3/20 #virtuemoir https://t.co/CZBya3QF9a

Just tell me what music you want. I'm ready.

Virtue and Moir have been invited to appear on the Ellen DeGeneres show! They’ll be guests on March 20th and Virtue is especially excited to dance her way onto the show.

And if you can’t get enough of Virtue and Moir, they aren’t leaving the spotlight anytime soon! Up next, they’re poised to join Stars on Ice, which will tour across Canada at the end of April and continue into May.