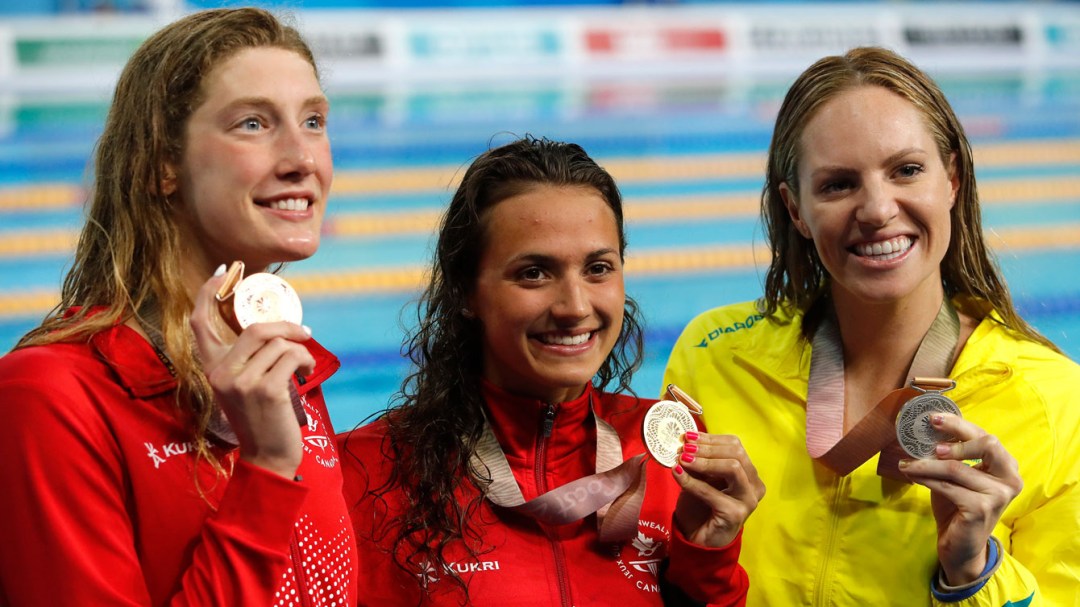 Kylie Masse, Ellie Black and Maude Charron each topped the 2018 Commonwealth Games podium on the third day, while Taylor Ruck increased her medal haul by three.

It was a big day in the Gold Coast 2018 pool, with a double podium in the women’s 100m backstroke. World champion Kylie Masse topped the podium winning the event in 58.63 seconds lowering her Commonwealth Games record, while Taylor Ruck claimed her third medal of the Games touching the wall at 58.97s to claim bronze. However, that wasn’t Ruck’s only podium of the day, the 17-year-old also raced to silver in the 50m freestyle and joined Penny Oleksiak, Kayla Sanchez and Rebecca Smith to secure silver in 4x200m free relay.

What does @EllieBlack_ do while Canada sleeps? She brings home gold in the Women's Artistic Gymnastics Final with a phenomenal floor routine. #GC2018 #GoldCoast2018 #GoldCoastGoldRush pic.twitter.com/8vbIe9nSsL

Maude Charron became Team Canada’s first weightlifter to top the podium on the Gold Coast. The Canadian won the 63kg category with a Commonwealth Games record setting clean and jerk of 122kg. 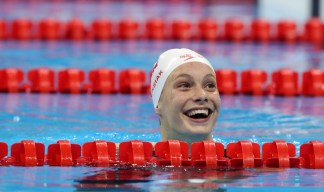