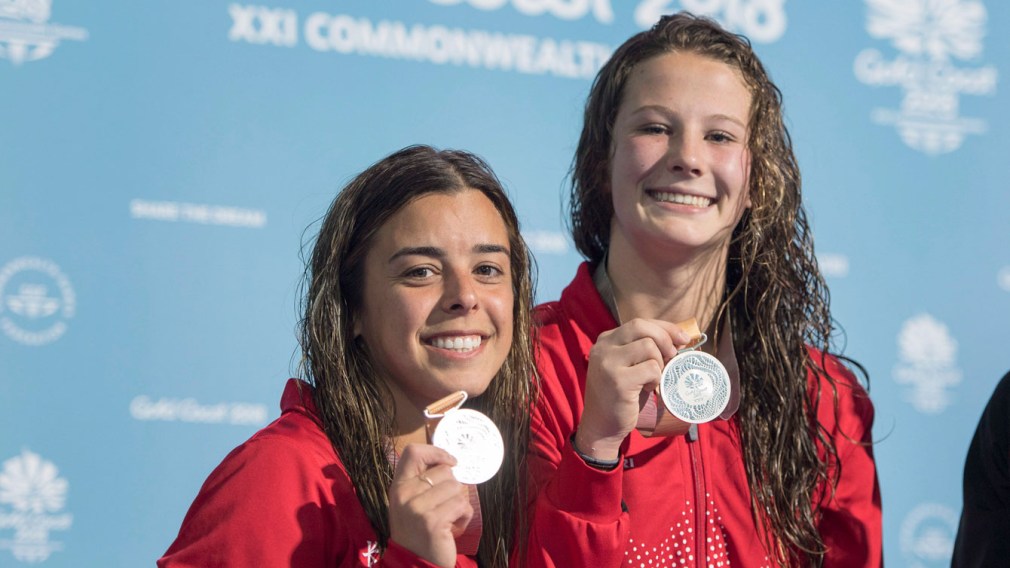 Team Canada’s medal tally grows by three, as Canadians found the podium and achieved personal bests at the 2018 Commonwealth Games.

Here’s what went down on day 7 in Australia.

The diving duo of @MegBenfeito and @caemckay started their Gold Coast 2018 Commonwealth Games with a silver-medal performance. @perditafelicien speaks with them about their podium-worthy chemistry! #GC2018 #GoldCoast2018 #GoldCoastGoldRush pic.twitter.com/vkyiEhaaxK

Three-time Olympic medallist Meaghan Benfeito and her new partner Caeli McKay earned a spot on the diving podium on the Gold Coast. The pair secured silver in the women’s 10m synchronized diving event, for their first Commonwealth Games medal together.

Django jumps onto the podium in style! @D_Lovett achieves a new PB in the Men's High Jump to seal at least a bronze! #GC2018 #GoldCoast2018 #GoldCoastGoldRush pic.twitter.com/zOHTcJBQTQ

Django Lovett had a Commonwealth Games experience to remember, leaping to 2.30m for a new personal best and a bronze medal. The Canadian finished behind Aussie winner Brandon Starc and silver medallist from the Bahamas Jamal Wilson.

Team Canada’s beach volleyball players had a big day 7 in Australia. Both the men’s and women’s volleyball teams are headed to the gold medal final, taking place on day 8. In order to reach the final, Sam Schachter and Samuel Pedlow topped New Zealand while Sarah Pavan and Melissa Humana-Pared defeated Cyprus.