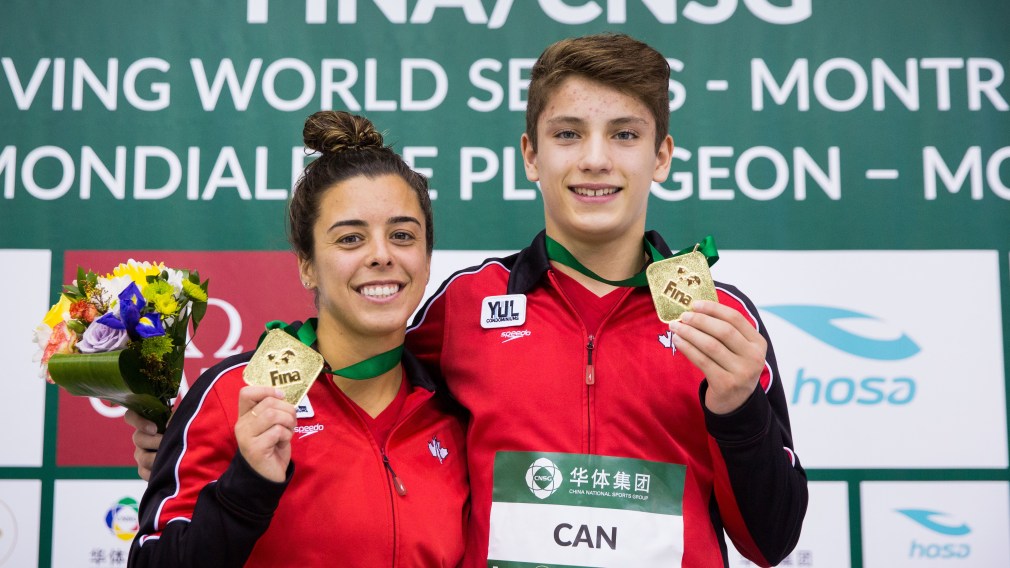 Meaghan Benfeito and Nathan Zsombor-Murray added to Canada’s medal count on the second day of competition at the FINA Diving World Series in Montreal.

It’s a golden birthday for Nathan Zsombor-Murray. The 15-year-old celebrated his birthday with a gold medal win with Benfeito in the mixed synchronized 10m platform. The duo finished in first with 322.08 points. 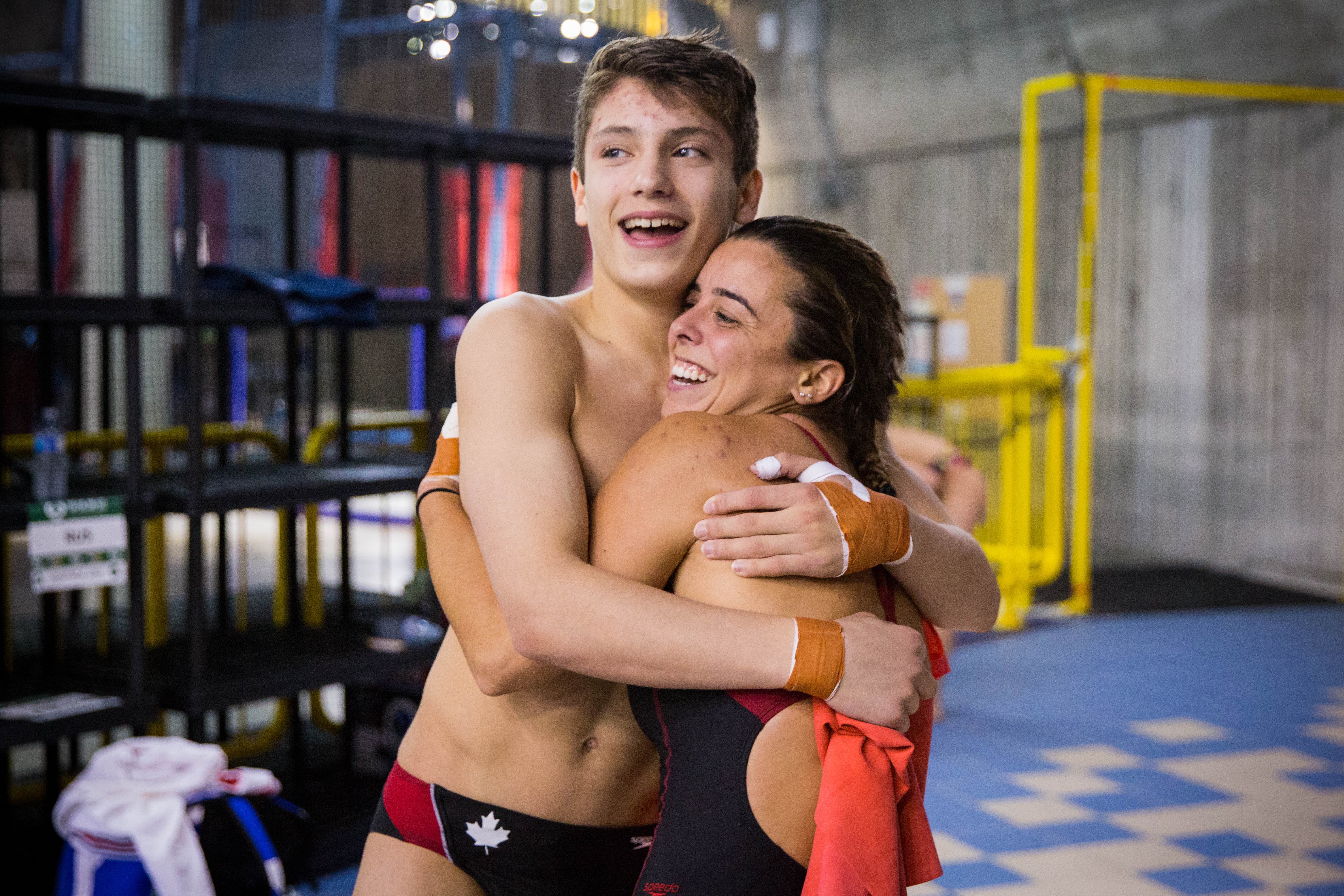 Earlier in the day, Benfeito won bronze in the women’s 10m platform. In her first five dives, Benfeito collected a total of 354.65 points. After the first two rounds she was on top of the leaderboard. On her third dive, she attempted a triple somersault and half back, and missed the vertical when entering the water. This dropped Benfeito to third in the standings. She came back with two strong final dives, winning the bronze medal. Celina Toth placed 11th overall in the same event.

The FINA Diving Series will resume Sunday with the women’s 3m springboard, 3m mixed synchronized springboard and men’s 10m platform. This is the third leg of this series, which will end next weekend in Kazan, Russia.

Gold for Benfeito and Zsombor-Murray at diving World Series in Montreal
12 Team Canada athletes who are Winter and Summer Olympians
De Haître: 2 sports, 2 Olympic Games, 7 months. Challenge accepted.
Shuttlecock and balls: The fastest moving objects in sport
McBean: Chaos and change can provide the greatest opportunities
What is the difference between racquetball and squash?