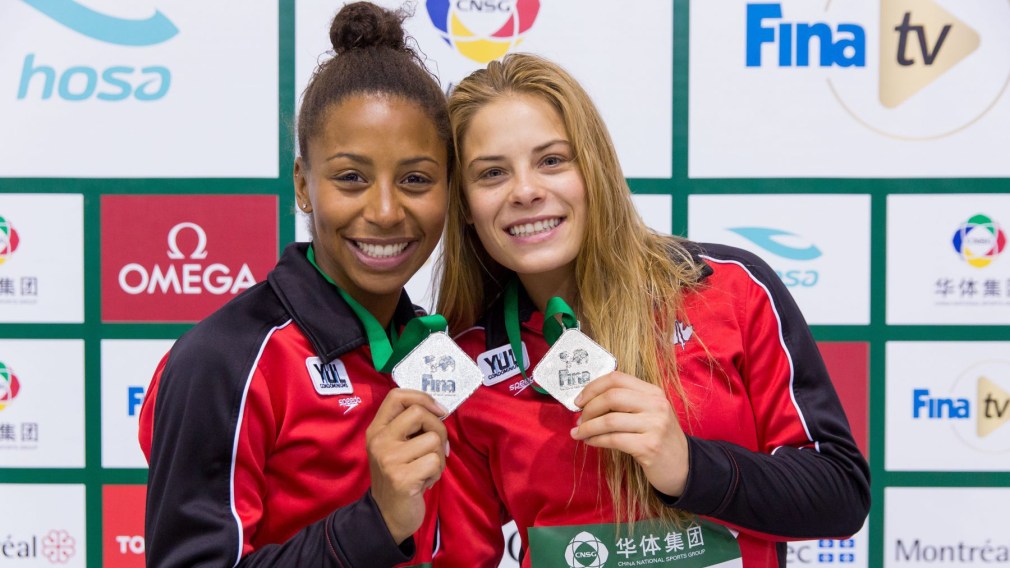 At the final stop of this season’s FINA Diving World Series in Kazan, Russia, Jennifer Abel and Melissa Citrini-Beaulieu captured the silver medal in the women’s synchronized 3m springboard.

The Canadian duo earned 301.11 points for their series of five dives to finish second to reigning world champions Chang Yani and Shi Tingmao of China, who scored 316.20. Great Britain’s Katherine Torrance and Grace Reid won the bronze with 289.29 points.

Third after the first two rounds in which the dives have a limited degree of difficulty, Abel and Citrini-Beaulieu used their strength on their three optional dives to move up in the rankings.

Abel and Citrini-Beaulieu stood on the podium in all four World Series events this spring, winning bronze at the first two events in China and Japan in early March before taking silver last weekend at home in Montreal.

RELATED: Synchro silver for Abel and Citrini-Beaulieu at diving World Series in Montreal

In other events on Friday, François Imbeau-Dulac and Philippe Gagné finished fourth in the men’s 3m synchro while Meaghan Benfeito and Caeli McKay placed sixth in the women’s synchronized 10m platform.

Competition continues in Kazan through Sunday.