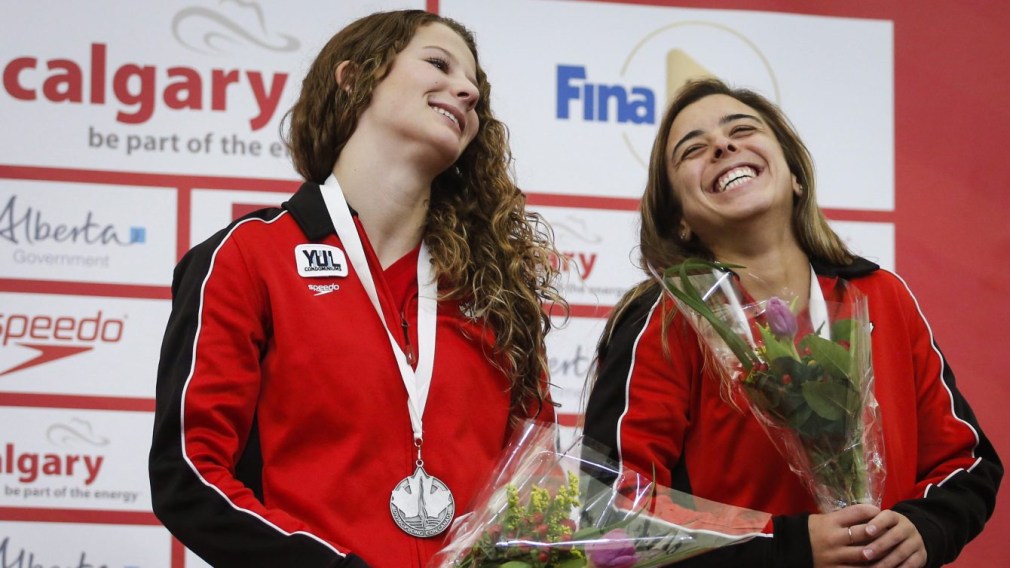 Canada finished Saturday with a five medal haul at the Diving Grand Prix in Calgary. Two gold medals came from synchro events, along with two silver and one bronze.

Meaghan Benfeito and Nathan Zsombor-Murray ended the day off with a gold medal finish in the mixed 10m synchro event. They finished with 310.50 points, well ahead of Brazilian silver medallists Ingrid Oliveira and Isaac Souza Filho (275.22 points) and bronze medallists Jacob Fielding and Sophia McAfee (250.50 points) of the United States. Benefito and Zsombor-Murray’s best dive was their last, landing them 73.92 points.

RELATED: Gold for Benfeito and Zsombor-Murray at diving World Series in Montreal

Ahead of Benfeito and Zsombor-Murray’s event, Canada also topped the podium in men’s 3m synchro thanks to François Imbeau-Dulac and Philippe Gagné. They beat out Chinese divers Zongyuan Wang and Luxian Wu for first place by just 0.06 points. Imbeau-Dulac and Gagné had a total of 396.30 points. Third place went to Jack and Ross Haslam of Great Britain (379.29 points). Canada’s Victor Povzner and Henry McKay also competed in the event, placing ninth with a total of 327.84 points.

Earlier in the day, Caeli McKay won a medal in front of a hometown crowd. The Calgary native and Meaghan Benfeito reached the podium in second place for the women’s 10m synchro. The pair received a total of 303.42 points, finishing far ahead of Australians Anna Rose Keating and Brittany O’Brien (268.02 points). Wei Lu and Yanxin Zhu of China (310.92 points) claimed first place. 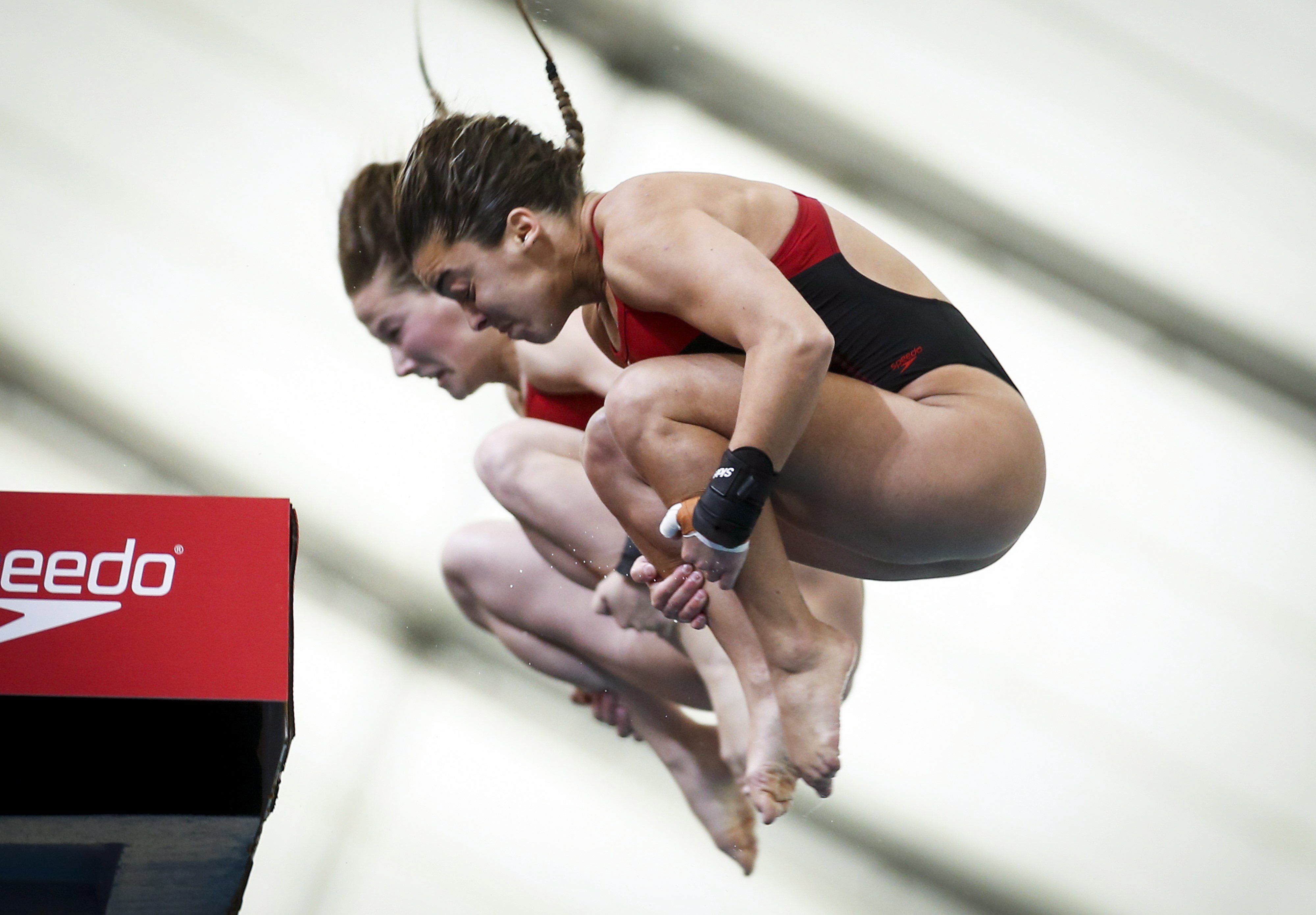 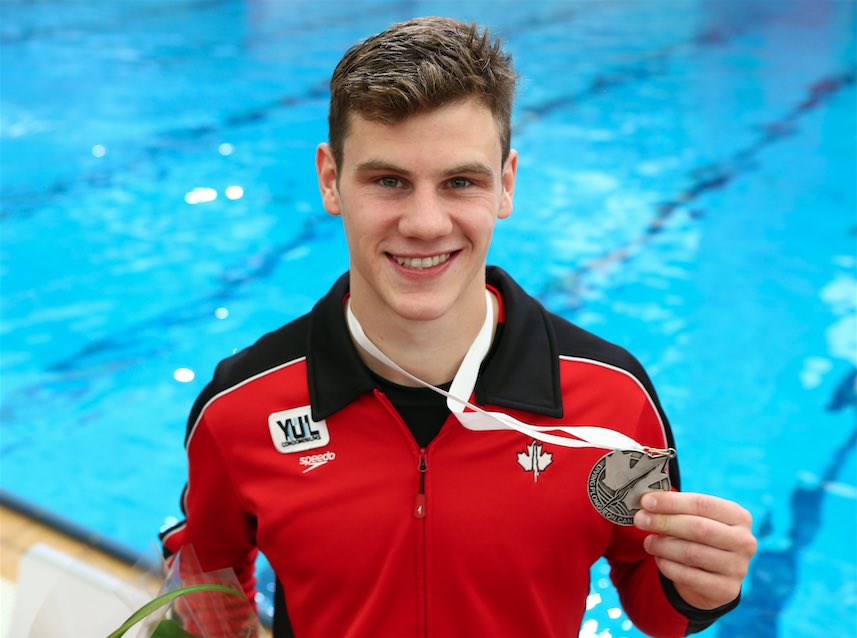 Jennifer Abel won Canada’s third medal of the afternoon, a bronze in the women’s open 3m final with a total of 342.90 points. Abel finished behind silver medallist Xiaohui Huang (344.45 points) and winner Yiwen Chen (354.70 points), both from China. Pamela Ware competed in the same event, and was just off the podium in fourth place with 330.55 points. 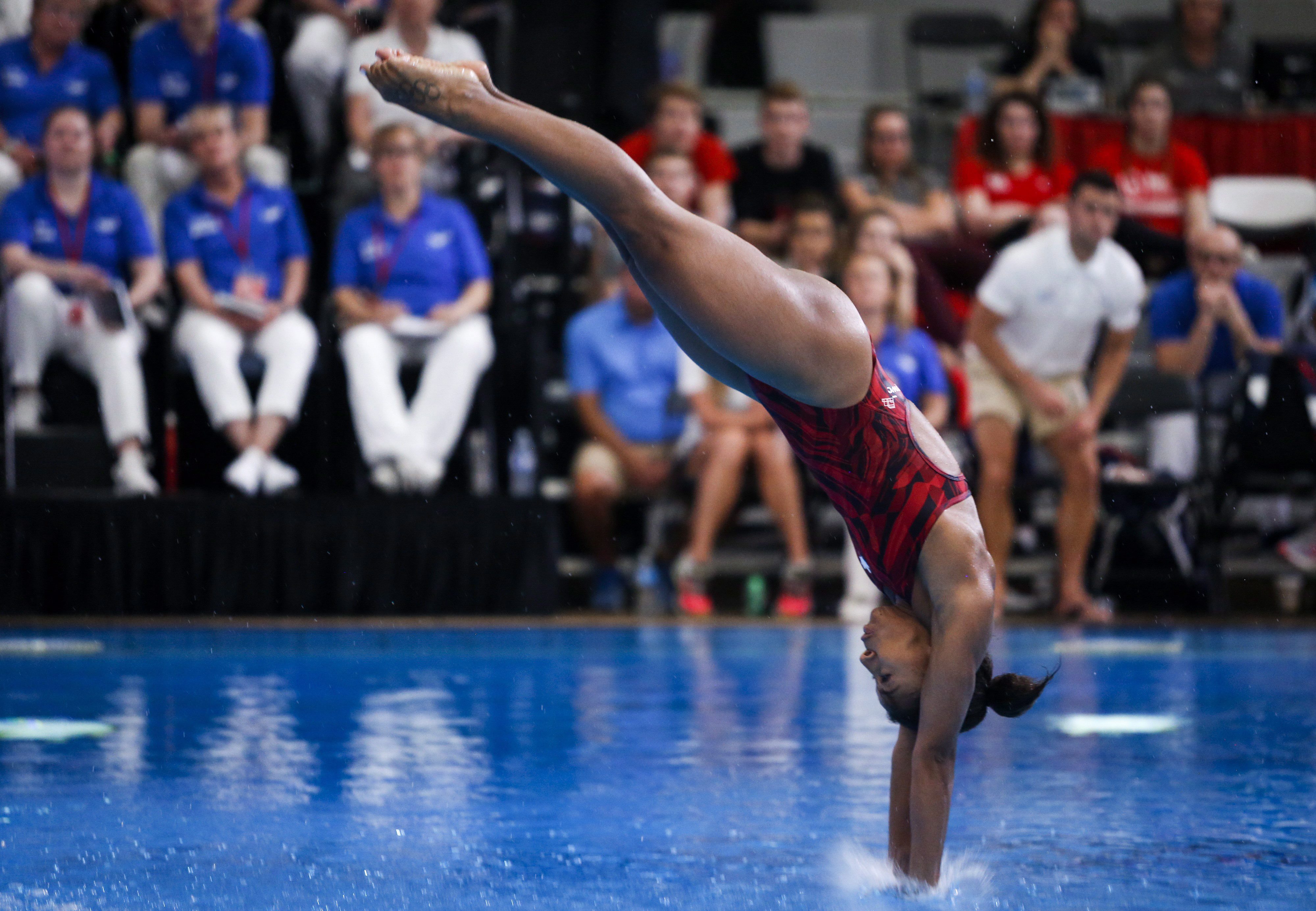 Canada has a chance at more medals on Sunday, with divers competing in four events. Margo Irlam and Ashley McCool will start the day off in women’s 3m synchro. McKay then has a chance for her second medal in the women’s 10m platform. Rylen Wiens, Bryden Hattie, Ethan Pitman and Laurent Gosselin-Paradis are competing in the men’s 10m synchro. Imbeau-Dulac and Gagné will round off Canada’s day of competition by diving again, but will compete against each other in the men’s 3m springboard.