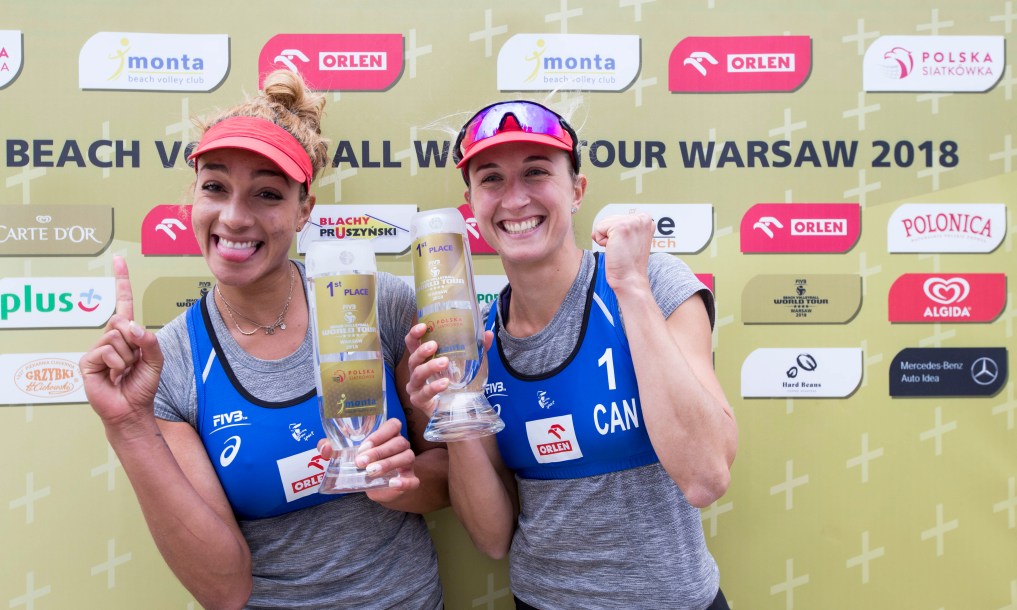 Beach Volleyball: Gold for Bansley and Wilkerson in Warsaw

It’s a golden birthday for Brandie Wilkerson! Heather Bansley and Wilkerson won their first gold medal on the FIVB Beach Volleyball circuit in Warsaw, Poland on Sunday. They won in two sets 21-17 and 21-17.

The duo faced Germany’s Julia Sude and Chantal Laboureur in the final. This is the second weekend that the pair have reached the finals, and their third medal of the season. Last week in Ostrava, they picked up the silver medal, and in Itapema they won the bronze.

RELATED: Silver for Bansley and Wilkerson in Ostrava

“It’s been an incredible experience,” Wilkerson said in an interview. We are really happy that our hard work on the field and outside is visible. We fought for each point, we kept our heads and eyes on the price.”

“There was a lot of wind,” said Bansley. So today, it really had to focus on one point at a time and not be distracted by thinking about the end result. In fact, it was our mentality throughout the tournament.”

Bansley and Wilkerson are off to a great start for the season, having reached three finals in three tournaments. They have been partners since 2016.

This is the fifth stage of the FIVB circuit. The World Tour heads next to Espinho from July 4-7, followed by stops in Moscow and Yangzhou.