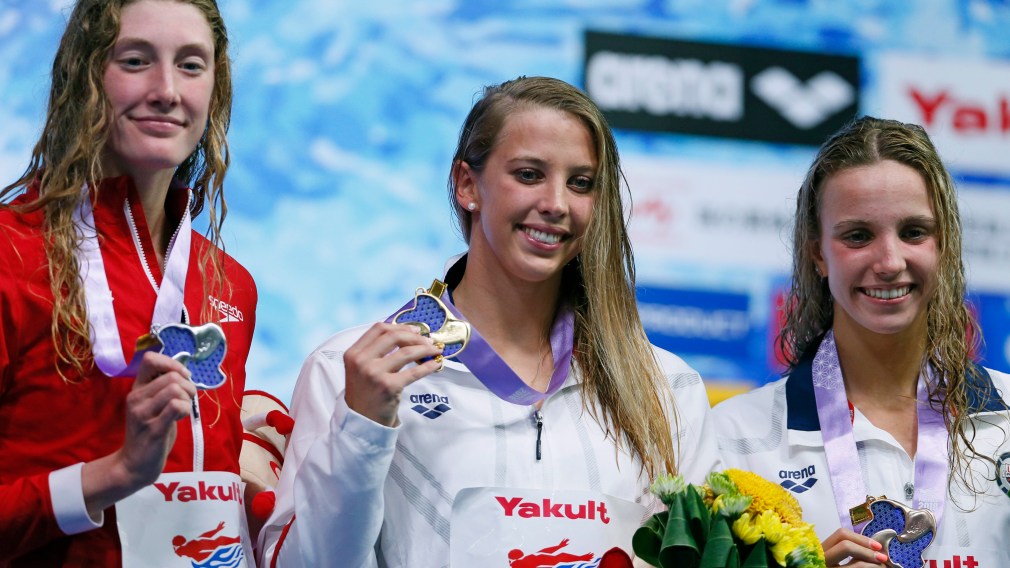 Ruck set a new Canadian record, becoming the first Canadian to win five medals at a Pan Pacific Championship, breaking a seven-way tie. She swam the 200-m race in 2:06.41, finishing between two Americans, winner Kathleen Baker (2:06.14) and bronze medallist Regan Smith (2:06.46). Masse finished in fourth with at time of 2:07.00. 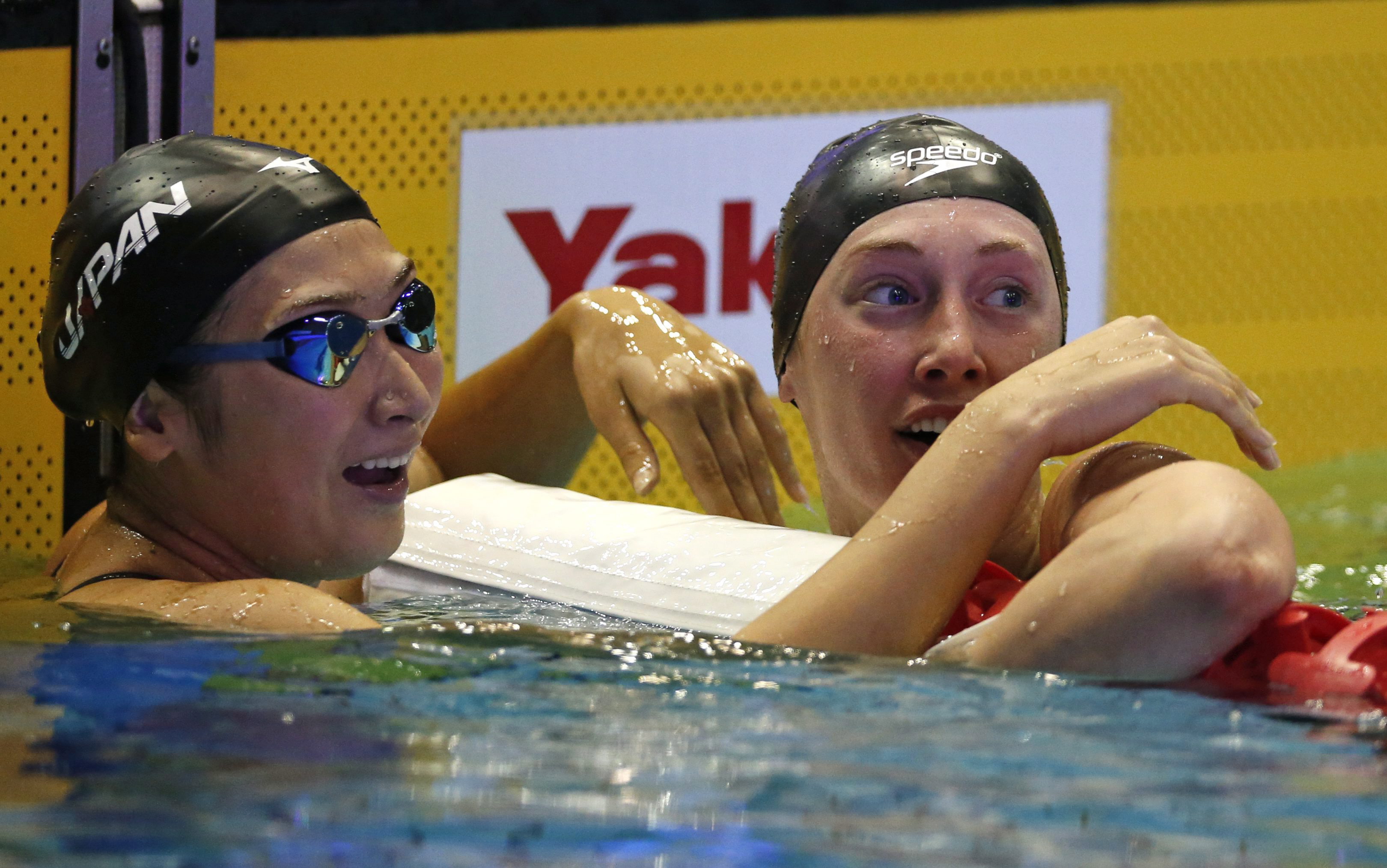 Earlier in Pan Pacific Championship, Ruck won gold in the women’s 200-m freestyle, along with bronze medals in 100-m freestyle and the 4×100-m and 4×200-m free relays 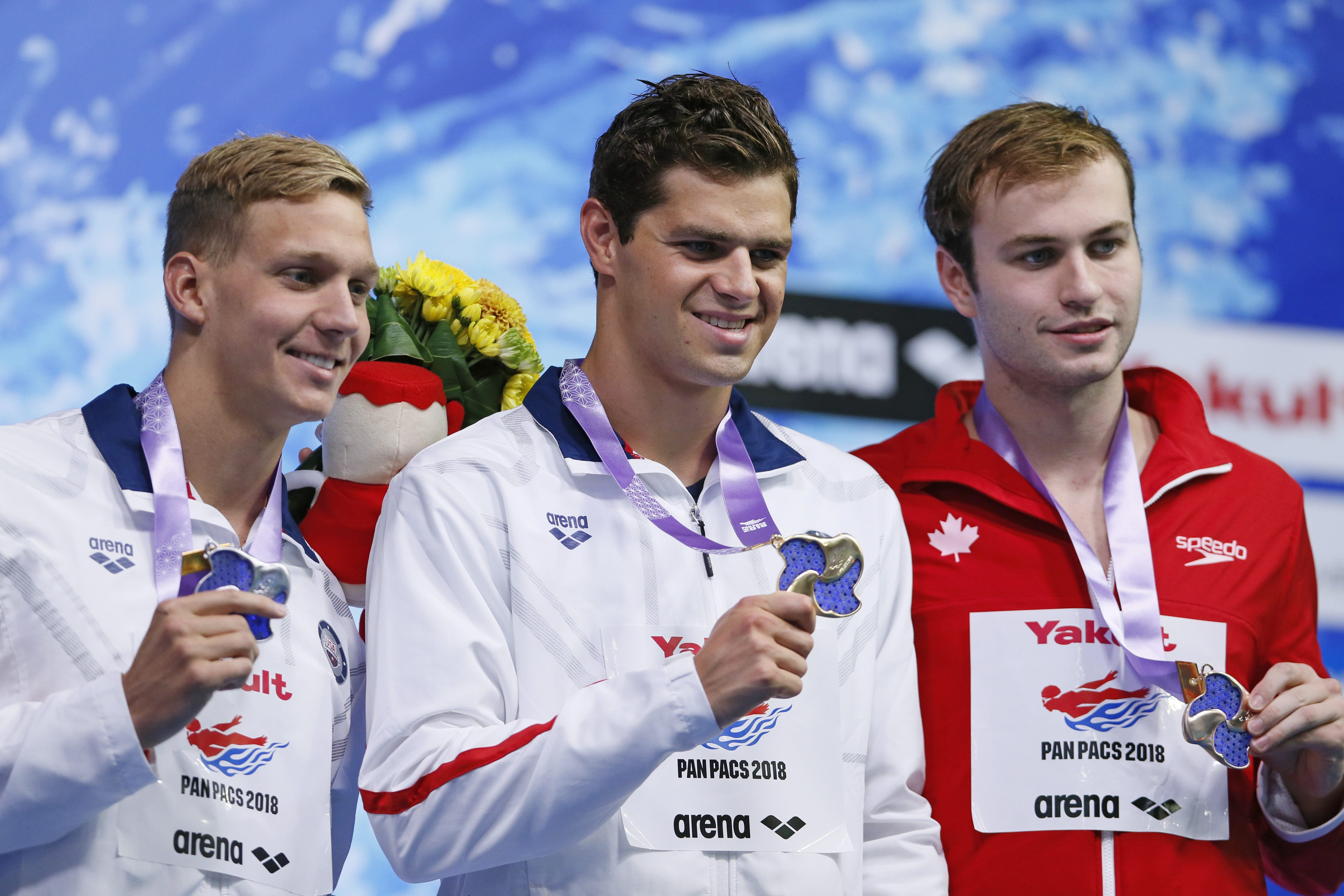 U.S. swimmer Michael Andrew, center, poses with his medal on the podium after winning the men’s 50m freestyle final, with second-placed Caeleb Dressel of the U.S., left, and third-placed Yuri Kisil of Canada, during the Pan Pacific swimming championships in Tokyo, Sunday, Aug. 12, 2018.(AP Photo/Koji Sasahara)

Kisil earned the first men’s medal for Canada in the 50-m freestyle. He finished third with a personal best of 22.02s, winning his first international medal.

He said of his swim: “It’s a big deal. I’ve wanted to get on the podium individually for a long time. To finally do it here means the world. I had a lot of great experiences here and hopefully we’ll be back in two years.” 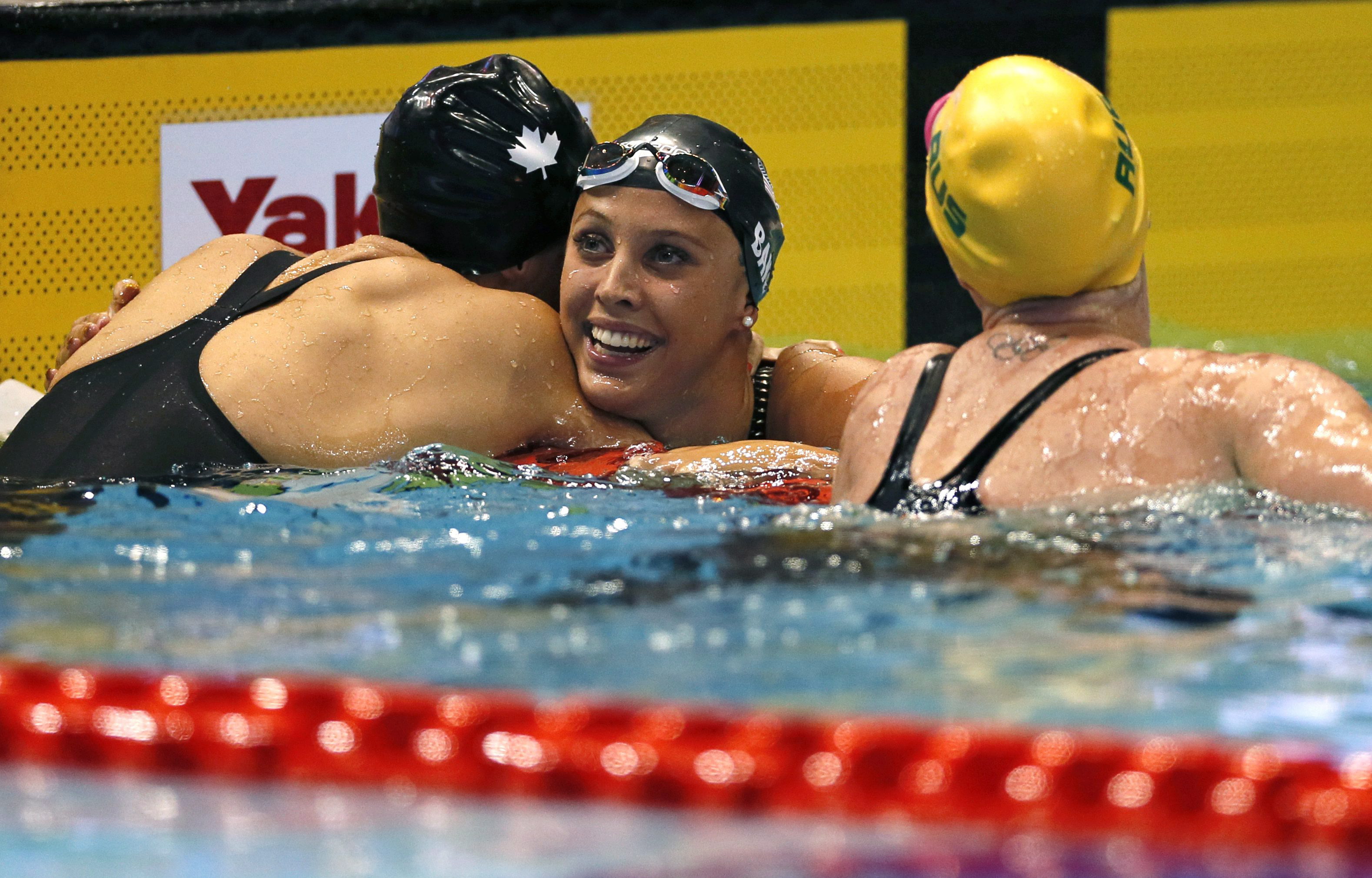 Masse was named female swimmer MVP of the Pan Pacific Championship. She is won the 100m backstroke final earlier in the week. Masse beat former world champion Australian Emily Seebohm and previous world-record holder Kathleen Baker of the United States. At the 2016 Olympic Games, Masse won the bronze medal in the 100m event.