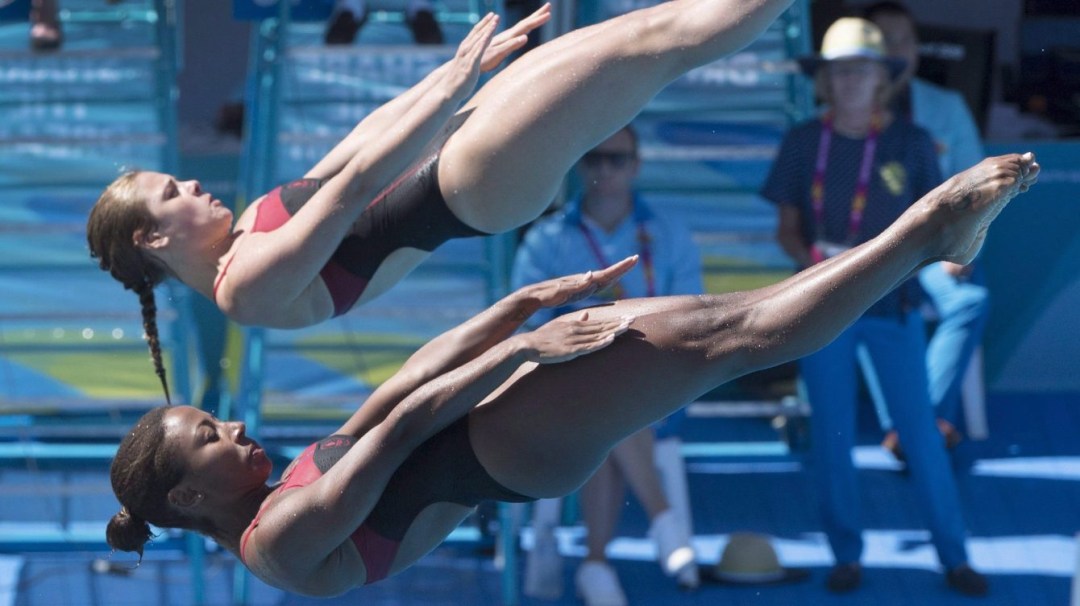 “It’s been a really long off-season for us,” said Abel, of having not competed internationally in almost nine months. “Usually we always compete so we know exactly where we are and what we have to improve but now since we didn’t compete since June, I didn’t know if I was doing well, I didn’t feel as good as I feel right now so it was pretty hard mentally to manage that.”

Benfeito and McKay captured bronze in the 10m synchro event with a total of 311.70 points. The bronze medallists had a high of 74.88 points on their last dive which kept them in the third place they held the entire event. Benfeito is a three-time bronze medallist in diving at the Olympics, earning her most recent medals at Rio 2016 in the 10m synchronized and 10m platform events.

“This year we made it a goal to really just focus on ourselves and I think that’s what’s really helping us perform better,” said Benfeito of the now two-year partnership, “It was really the first competition that I was able to really focus on my own dives and not have to worry about Caeli, so that was something that I really enjoyed and now that I know that it works it’s something that we’re going to work on even more next week.”