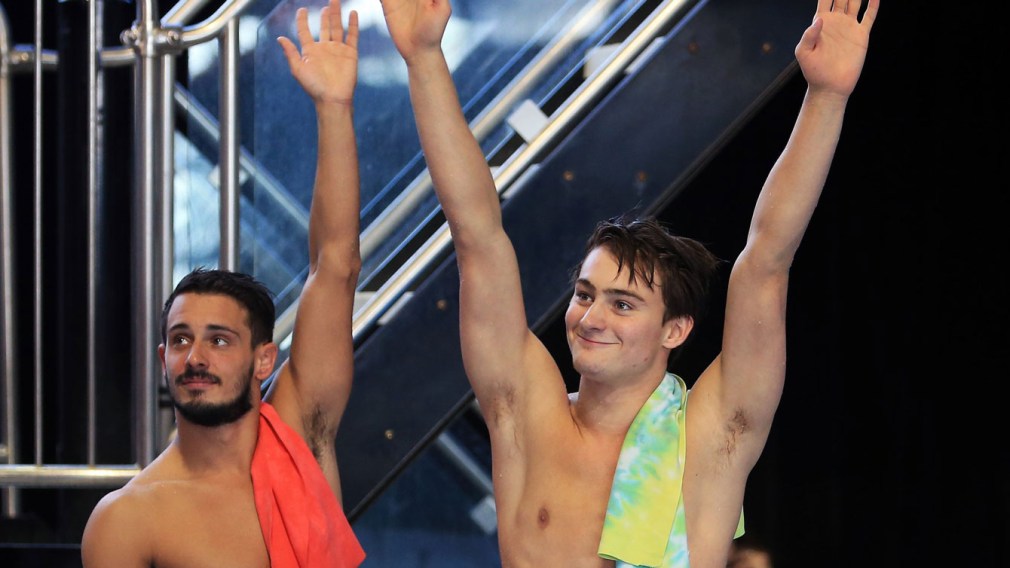 Team Canada has started the second leg of the FINA Diving World Series in Beijing by winning a pair of bronze medals.

In the women’s synchronized 10m platform event, Meaghan Benfeito and Caeli McKay backed up last week’s bronze in Sagamihara, Japan with another podium performance. The Canadian duo scored 313.14 for their series of five dives to finish behind the victorious Chinese team of Lu Wei and Zhang Jiaqi (354.06) and Kim A Rim and Kim Mi Rae (325.80) of North Korea.

Benfeito and McKay had been in fourth place through the first three rounds before earning their highest score of the day, 75.84 points, on their penultimate attempt. That allowed them to bypass Pandelela Pamg and Nur Dhabitah Binti Sabri of Malaysia for a spot on the podium.

After two long years of getting to know eachother as partners, we’re finally in an amazing place as a team. This girl has been GREAT these past 2 weeks and I couldn’t be more proud of her. We’re off to the best start of a season in year number 3 of being a team & I’m looking forward to going home and putting in more work for what’s to come 💪🏼 So grateful to have you beside me @caemckay 💕 . . #dwsbeijing #china #diving #synchro #bronze #teamcanada #teamtea #athletes #motivated #determined #proud #happy #smiling

In the men’s synchronized 3m springboard event, Philippe Gagné and François Imbeau-Dulac stood on the podium they had just missed last week when they finished fourth in Japan. They scored 399.48 for their six dives, locking up their bronze medal in the final round. They had been in fourth place heading into that last dive, trailing British duo Jack Laugher and Daniel Goodfellow by 6.18 points. But the Brits had a complete miss on their final attempt, earning zero points and dropping them all the way to seventh place, while Gagné and Imbeau-Dulac had one of their best efforts on the day.

Jennifer Abel and Mélissa Citrini-Beaulieu were unable to earn their second straight podium placement in the women’s 3m synchro when their fourth dive didn’t go as planned and they dropped to sixth.

The Beijing stop of the FINA Diving World Series continues through Saturday at the National Aquatics Center – better known as the Water Cube – which hosted the 2008 Olympic competition. There is then a lengthy break before the circuit resumes April 26-28 at Parc olympique in Montreal with its third of five legs.

Double bronze for synchro divers at World Series in Beijing
What to expect from Canadian tennis players at the French Open
Shuttlecock and balls: The fastest moving objects in sport
Adventure, culture and food: 9 things Peru is famous for
55 Olympic and Paralympic hopefuls awarded the 2020 Petro-Canada FACE™ grant
Katherine Surin: Lessons learned from an ordinary yet extraordinary father