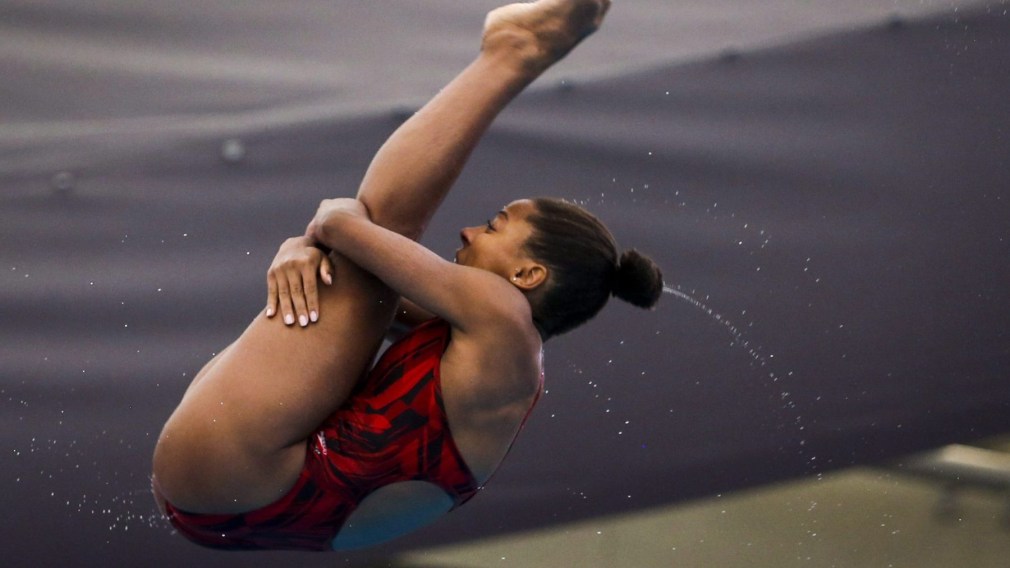 Jennifer Abel celebrated International Women’s Day by winning a pair of medals on the second day of the FINA Diving World Series in Beijing.

First up was a solo bronze in the women’s 3m springboard. Abel scored 332.70 points as she held onto third place through all five rounds of diving. She shared the podium with a pair of Chinese divers who thrilled their home crowd. Wang Han captured gold with 377.40 points, completing a rare upset of Olympic champion Shi Tingmao won placed second with 367.00 points.

Abel’s teammate Pamela Ware was just off the podium in fourth place with 306.70 points. The Canadian women had the same placements last week at the opening stop of the World Series in Sagamihara, Japan.

RELATED: Two medals for Canada at the FINA Diving World Series in Sagamihara

Our first action from the Mixed 3m Synchro final and a memorable moment from Canada’s Francois Imbeau Dulac and Jennifer Abel 🇨🇦. Don’t miss all the action from Beijing, live on 📺 https://t.co/bEozhdW5qV. #Diving #DWS19 🌏💦 pic.twitter.com/lXVXLh4PeZ

Abel then teamed up with François Imbeau-Dulac to claim silver in the mixed 3m synchro event, scoring 304.08 to finish behind only Yang Hao and Chang Yani of China (315.21). Brits Grace Reid and Tom Daley rounded out the podium with 294.39 points. On Friday, Imbeau-Dulac had won bronze in the men’s 3m synchro event with Philippe Gagné.

The Beijing stop of the FINA Diving World Series will conclude on Sunday with the men’s and women’s 10m platform events as well as the mixed 10m synchro. There is then a lengthy break before the circuit resumes April 26-28 at Parc olympique in Montreal with its third of five legs.

Abel stands on podium twice at FINA Diving World Series in Beijing
What to expect from Canadian tennis players at the French Open
French Open Updates: Denis Shapovalov continues his success with a round one win
Shuttlecock and balls: The fastest moving objects in sport
Adventure, culture and food: 9 things Peru is famous for
Katherine Surin: Lessons learned from an ordinary yet extraordinary father