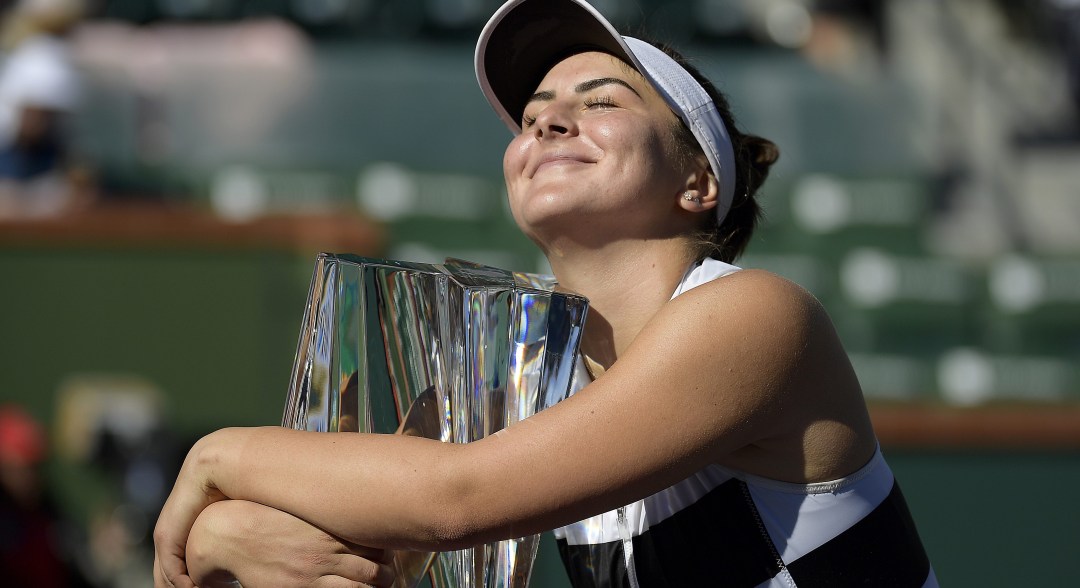 It seems that Team Canada did not need the support of the lucky Irish over the weekend as they soared atop world stage podiums with one major title, one Crystal Globe, six World Cup medals and five Grand Slams.

At 18-years old, Bianca Andreescu is the Indian Wells Champion, one of the most prestigious singles title to ever be won by a Canadian athlete.

For her first WTA title and as the first-wild card to capture this event, she shocked eighth-seeded Angelique Kerber of Germany, 6-4, 3-6, 6-4 in the women’s final at the BNP Paribas Open.

Andreescu has now won 28-of-31 matches this season, and is currently ranked 24th in the world, moving up an extraordinary 36 spots from last week. She started the year at #107.

He topped 67 competitors with a winning time of 52 minutes and 14 seconds.

He was the first to finish the 750-metre swim before taking on the 20-kilometre bike course. Heading into the five-kilometre run, Mislawchuk was in a group before advancing once again to capture gold.

Australia’s Brandon Copeland claimed silver with a time of 52:19 and Germany’s Valentin Wernz took third in 52:22.

Team Canada saw five medals at the Judo Grand Slam in Ekaterinburg, Russia over the weekend.

On Friday, Christa Deguchi took home gold in the women’s -53 kg after taking out Chen-Ling Lien of the Chinese Taipei under two minutes with ipon.

Catherine Beauchemin-Pinard claimed a bronze medal in the women’s -63 kg category. She defeated Polish Agata Ozdoba-Blach with a floor sequence. This is the first time she has stood on the podium since switching her weight class.

Étienne Briand earned bronze in the -81 kg. He was able to take down Belgian’s Matthias Casse in overtime, which lasted about nine minutes total. This is Briand’s first Grand Slam medal since May, 2017.

In the last day of the tournament, Shady Elnahas won the fifth medal for Team Canada with a bronze in the -100 kg. He was ranked 33rd in the world and scored a waza-ari to claim his spot on the podium after defeating Russia’s Niiaz Bilalov, who is ranked 17th in the world.

The 17-year old claimed bronze right before accepting her first Crystal Globe for having the most points this season.

Switzerland’s Mathilde Gremaud took home gold with 178 points, followed by Germany’s Kea Kuehnel with 160.50. Gaskell earned her place in third with a score of 158.

Marielle Thompson made her way to first place in front of Sandra Naeslund of Sweden, and Alizee Baron of France pushed out Brittany Phelan to earn bronze.

Thompson’s first place finish put her in third place in the FIS general classification of the 2018-2019 ski cross season. She earned a total of five medals out of eleven World Cups this season.

Also at the Snow Jamboree to finish up the big air season, Laurie Blouin claimed a silver medal in big air snowboard.

She secured her front 720 tail grab on her final run to move from third place to second with a final score of 157.50. Julia Marino from the United States claimed first place with a score of 162.25 for her second consecutive title at this competition. Klaudia Medlova of Slovakia earned third at 122.50.

The competition started slow for Padurairu as she was tied for last at 13.533 during the vault competition.

A successful uneven bars performance put Padurairu into fourth. Then, with the top beam score of the day at 14.333 points, she moved into second place before solidifying her first World Cup medal with the second-best floor score of 13.200.

Padurairu is no stranger to the spotlight. Last year, she won a silver medal at the World Championships and is looking forward to the rest of the season with the next stop being in Birmingham, UK World Cup on March 23rd.