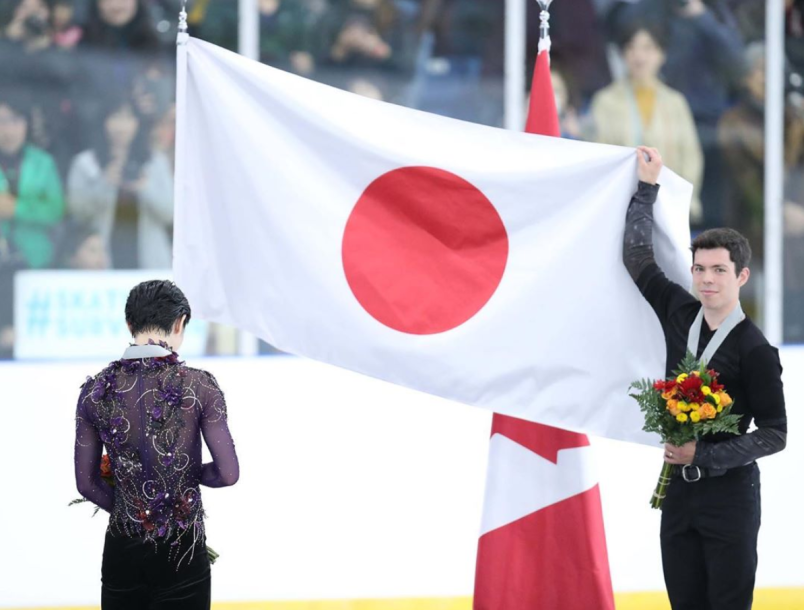 Keegan Messing warmed hearts around the world at the Autumn Classic International over the weekend. Messing held the Japanese flag for his winning opponent during the podium ceremony, demonstrating Canadian values to the world.

Sportsmanship from Keegan Messing at the Autumn Classic ⛸️.

During the medal ceremony, the Canadian unfurled the Japanese flag for winner Yuzuru Hanyu to face throughout his national anthem.

Keegan Messing, a two-time Canadian national medalist, claimed bronze with a score of 256.02, at the Autumn Classic International in Oakville this past weekend. What might have resonated most with fans was not his medal worthy performance, but what he did during the podium ceremony. While the Japanese anthem was playing for Yuzuru Hanyu of Japan, who finished in first place, Messing held the Japanese flag for Hanyu to face for the rest of the Japanese anthem. Messing’s politeness stole the hearts of not just Japanese fans, but also of Canadians whom he has made proud.

Canada’s Piper Gilles and Paul Poirier also came out victorious, winning gold in ice dance at the Autumn Classic International. They topped the event with a big result of 202.49 points; the second place winners were more than 18 points behind the Canadians.

I dreamed about this for so long. Yet, I can’t quite believe it actually happened. There is much to say, but all I can manage now is THANK YOU 🙏🏼 to everyone who made this possible. And obviously…#CXFEVER 🤘🏼 Photo by @photowil

Maghalie Rochette of Sainte-Adèle won the gold medal at the UCI Cyclocross World Cup race on Saturday in Iowa City. This was the first time Rochette, the Pan American Champion, won this tournament. She finished in 46:23 minutes.

Thierry Pellerin of Lévis claimed bronze on pommel horse, this weekend at the Paris World Challenge Cup. He also performed a new pommel release called the “Pellerin”, which is now recognized worldwide.

This win marked his 11th top 3 finish in pommel horse. Last year at the Paris World Challenge Cup, Pellerin finished the competition in second place on pommel horse. The last tournament he took place in was Elite Canada in Langley, British Columbia, where he finished in 1st place with an overall score of 14.800. 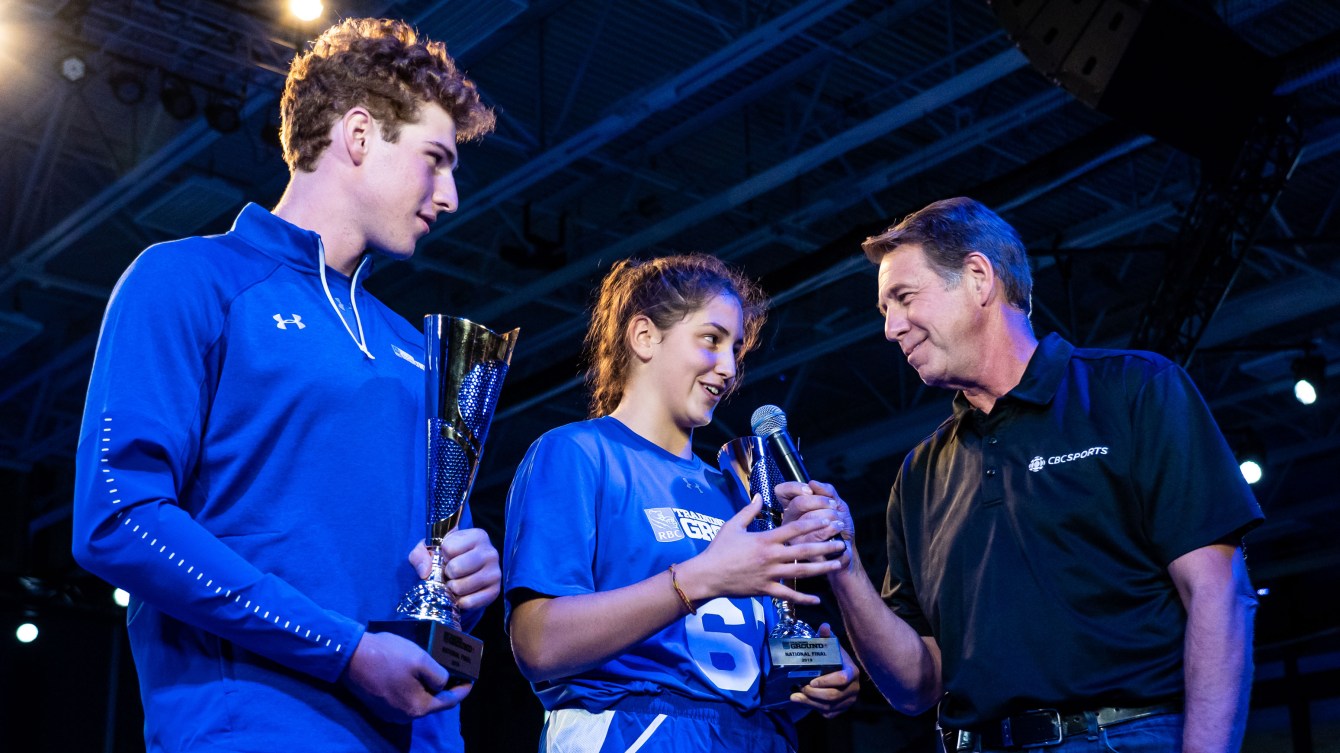 Ian Holmquist (left) and Catherine Lizotte (centre) are interviewed by CBC’s Scott Russell after being named the inaugural winners of the RBC Training Ground National Final on Saturday September 14, 2019 at The Genesis Centre in Calgary. (Dave Holland/COC)

The first-ever RBC Training Ground National Final was held on Saturday at The Genesis Centre in Calgary, Alberta. 100 athletes between the ages of 14 to 25-years-old were tested on their speed, power, endurance, and strength. 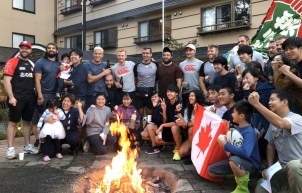 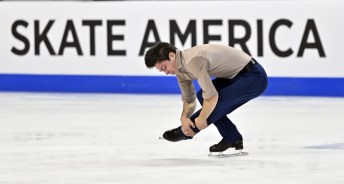