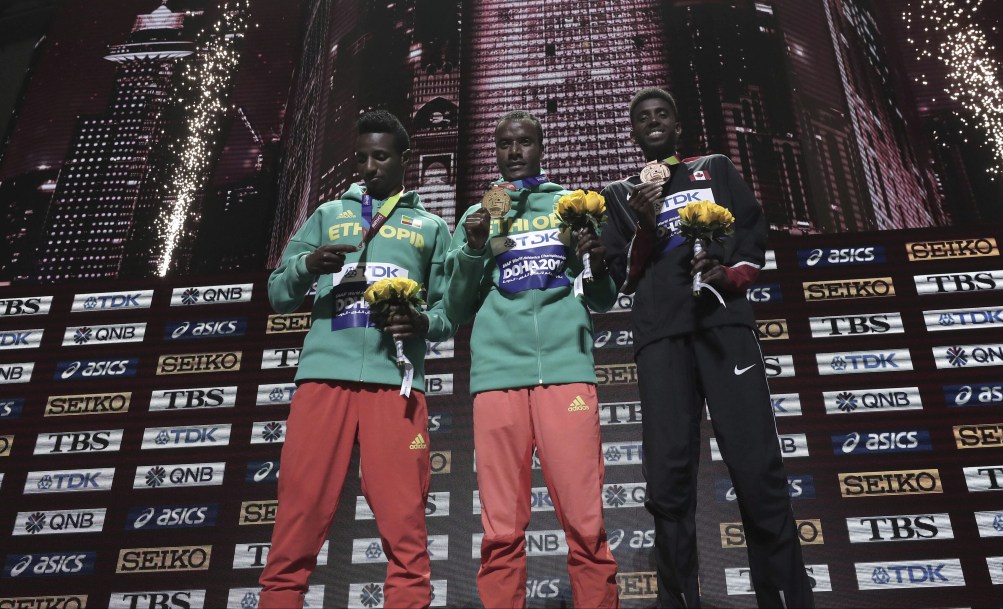 The two-time Olympian crossed the finish line in 13:01.11, behind Ethiopians Muktar Edris and Selemon Barega, respectively. At the last World Championships in 2017, Ahmed finished in sixth place.

This is Canada’s third medal at the 2019 IAAF World Athletics Championships. Over the weekend Andre De Grasse won bronze in the 100m, while Evan Dunfee picked up race walking bronze.

The World Athletics Championships run through October 6th at Khalifa International Stadium in Doha, and can be watched LIVE on cbcsports.ca or on the CBC Gem app.