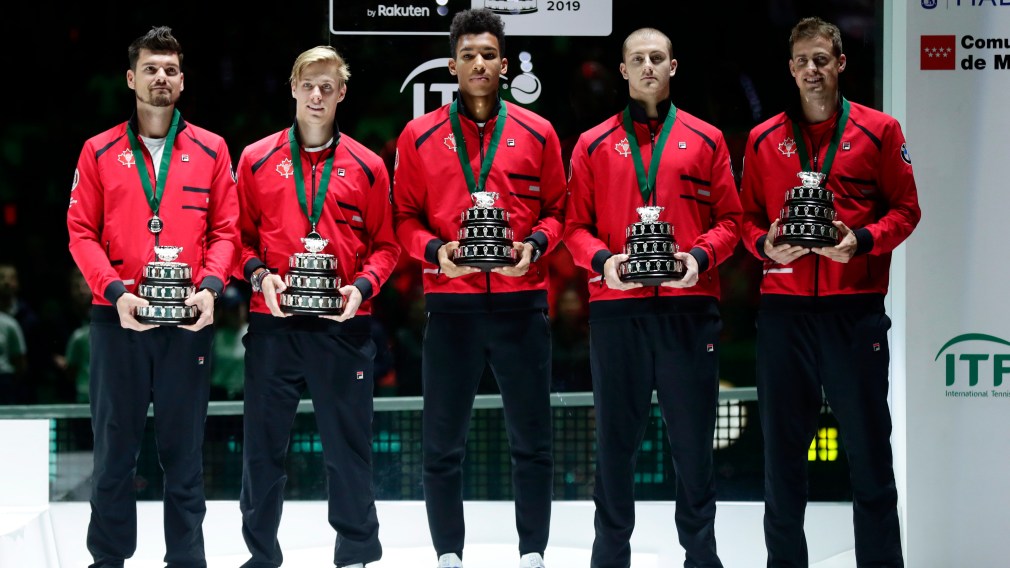 Over the weekend, Canada’s Davis Cup Finals squad played their way to a historic first-time final appearance, while our swimmers broke two Canadian records and picked up ten medals on the International Swimming League circuit.

Catch up on what you might have missed below.

Canada’s brilliant @DavisCupFinals campaign comes to an end in the final as Denis Shapovalov falls to Rafael Nadal 6-3, 7-6(7).

We played to win, we fought, and we can hold our heads high.

It was an exciting week for Canada as the team of Milos Raonic, Félix Auger-Aliassime, Denis Shapovalov and Vasek Pospisil led by captain Frank Dancevic defied expectations at the Davis Cup Finals to reach the final for the first time ever.

On Saturday, alongside Isabelle Weidemann and Valérie Maltais, Blondin a bronze medal in the team pursuit. On Sunday, she then secured a silver medal during the Mass Start event with a time of 9:03.410s. She split the Netherlands (9:03.260s) and Japan (9:03.430s) on the podium. This is Maltais’ first medal since switching over from short track last season.

On Friday, David La Rue and Alex Boisvert-Lacroix, Laurent Dubreuil won the team sprint bronze. Later on during the weekend, Dubreuil crossed the finish line in 34.975 seconds to claim the 500-metre bronze behind Japan’s Tatsuya Shinhama (34.732) and Yuma Murakami (34.734).

The next Long Track World Cup will be in Nur-Sultan, Kazakhstan on December 6-8.

At the last Grand Prix stop in Sapporo, Japan before the Final, Canada picked up two medals.

The duo of Kirsten Moore-Towers and Michael Marinaro skated their way to a silver medal for their performance to “Carry You” by Ruelle for 208.49 points. Wenjing Sui and Cong Han of China led the competition with an 18-point lead of 226.96, while Russia’s Anastasia Mishina and Aleksandr Galliamov completed the podium in third with a score of 203.35.

20-year-old Roman Sadovsky captured bronze for his first-ever Grand Prix medal with 247.50 points. He was joined on the podium by France’s Kevin Aymoz in second (250.02) and hometown star Yuzuru Hanyu of Japan in first (305.05).

As a result of their performance, Moore-Towers and Marinaro have secured their place at the ISU Grand Prix of Figure Skating Final in Italy. They join ice dancers Piper Gilles and Paul Poirier, who qualified for the Final after their silver medal performance last week in Russia. 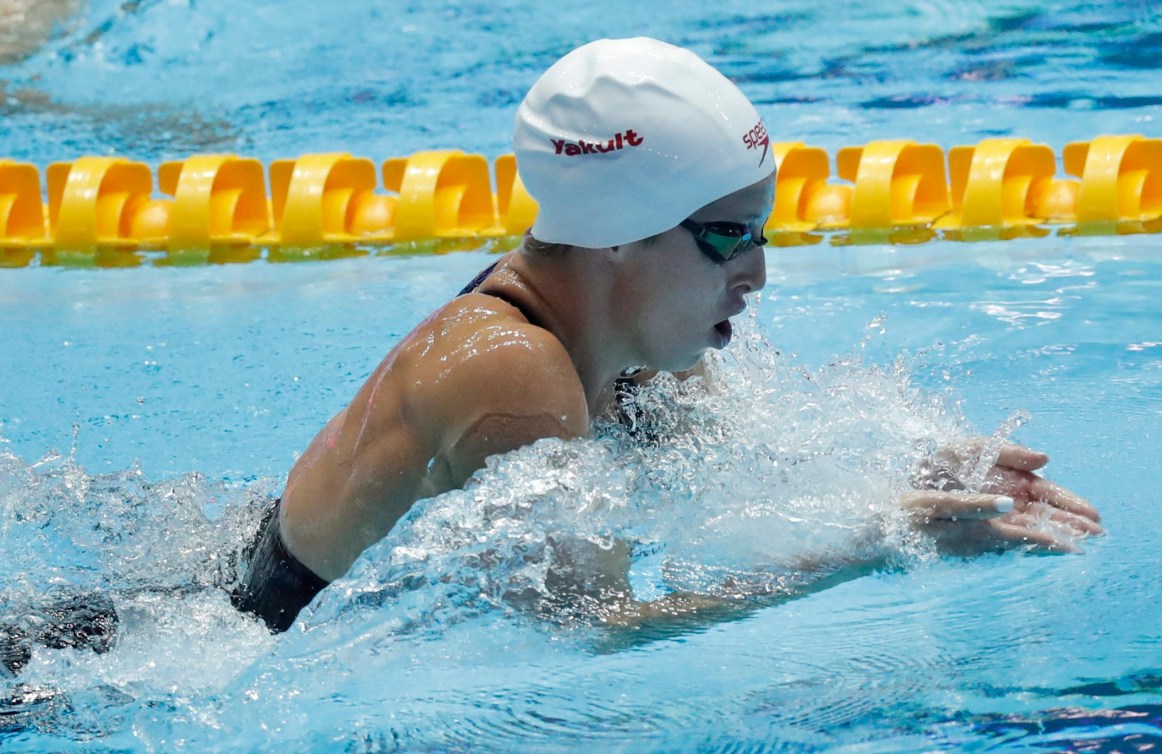 The International Swimming League season is coming to an end, with the finale coming up on December 20-21 in Las Vegas. This new competition, with teams of swimmers from different countries, has been successful for Canadians, who have reached multiple podiums in recent months.

Over the weekend, Sydney Pickrem and Finlay Knox set Canadian records in London. Pickrem swam a time of 2:04.34 in the women’s 200m medley, breaking the Canadian and Commonwealth record. Knox set a record of 1:55.10 in the men’s 200m medley, finishing fourth in the race.

Canadian swimmers picked up a total of ten medals over the weekend, with Pickrem winning four medals, Kayla Sanchez claiming three, and Penny Oleksiak, Kierra Smith and Yuri Kisil winning one each. Pickrem finished the season in the top 10 MVP standings.

Three of the four teams qualified for the Final have Canadian representation – London Roar, Cali Condors and Energy Standard.

In her first appearance after returning from injury, Jessica Klimkait secured a bronze medal during the -57kg Judo Osaka Grand Slam event over the weekend. The 22-year-old defeated Japan’s Tsukasa Yoshida to reach the podium. In 2018, Klimkait was the Osaka Grand Slam Champion. 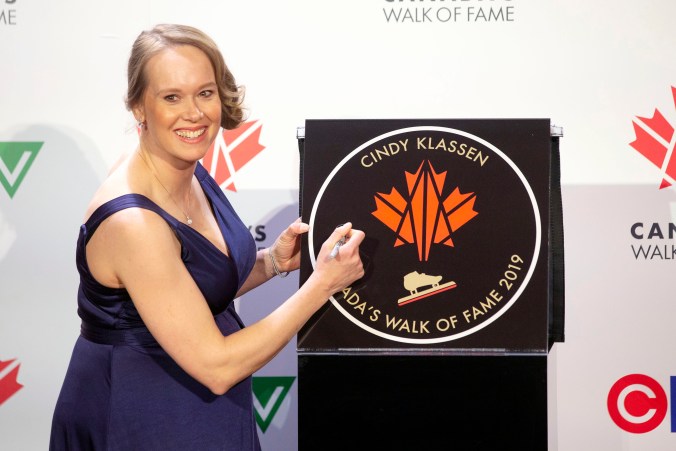 Olympian Cindy Klassen is pictured with her star as she is inducted into Canada’s Walk of Fame during an event in Toronto on Saturday, November 23, 2019. THE CANADIAN PRESS/Chris Young 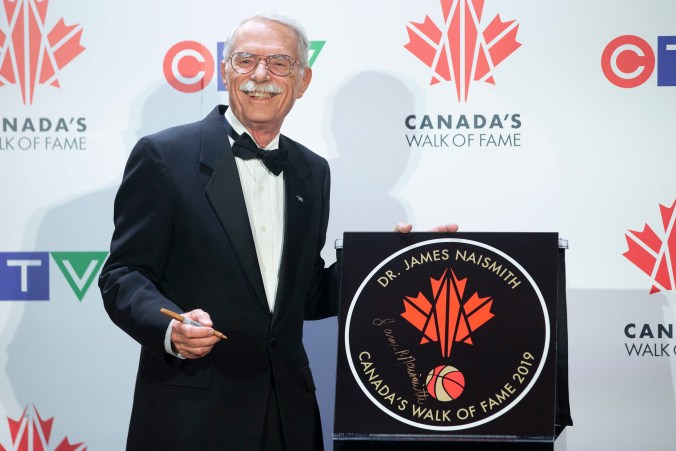 Jim Naismith, the grandson of Dr.James Naismith, the inventor of basketball, pictured with his grandfather’s star as he is inducted into Canada’s Walk of Fame during an event in Toronto on Saturday, November 23, 2019. THE CANADIAN PRESS/Chris Young