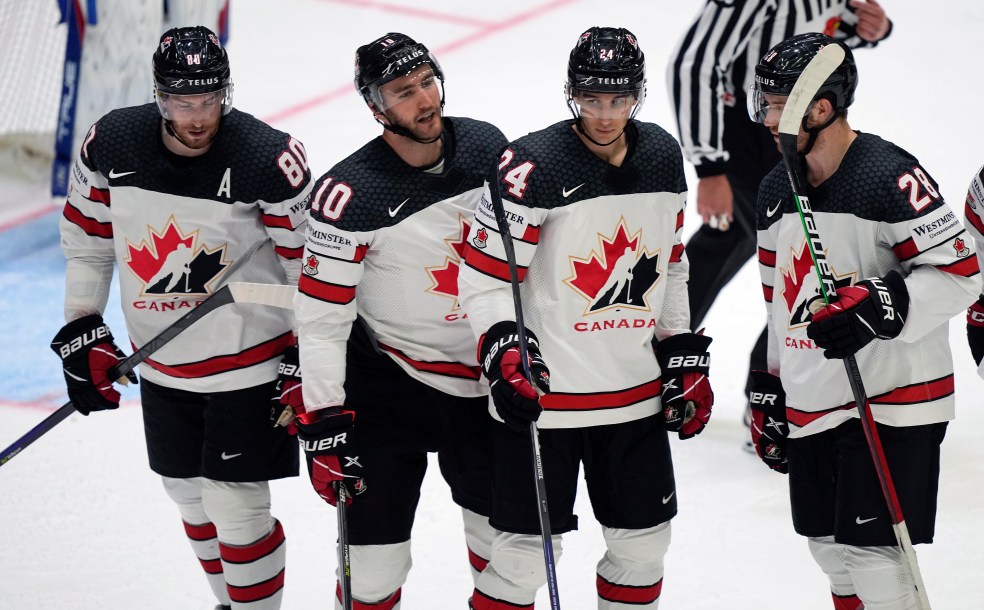 Team Canada claimed its third straight medal at the IIHF World Championship with a second-place finish against the hosts in Tampere, Finland.

Sunday’s matchup marked the third consecutive gold medal game at the IIHF World Championship played between Canada and Finland, with the Finnish team taking the title in 2019 and 2022. With a silver, Canada now has 52 medals all-time at the event – the most of any nation.

Dylan Cozens broke the ice for the Canadians four minutes into the second period as he one-timed a cross-seam feed from Mathew Barzal past Finnish goaltender Jussi Olkinuora on the power play.

Finland pushed back in the third period as Mikael Granlund scored a pair of goals just 2:44 apart to put his team ahead 2-1.

Granlund’s first marker came on a five-on-three power play as he pounced on a loose puck that rebounded off the boards.

Still on the man advantage, the Finnish winger doubled his goal count with a wicked wrist shot from the right circle as he whipped the puck past the glove of Canadian netminder Matt Tomkins.

Joel Armia capped off a three-goal third period for the Finns with another tally directly off a face off – the second of that variety for Finland.

With Finland outshooting Canada 10-1 in the final frame and the score at 3-1, it looked as if the result was all but sealed. The Canadians, however, had other plans, as Zach Whitecloud scored with 2:12 remaining to cut Finland’s lead in half.

With the goalie pulled and an extra skater on the ice, Team Canada kept up the pressure. Mat Barzal slipped a pass from behind the goal line out front to Max Comtois, who put the puck off Olkinuora’s shoulder and into the net, tying the game at 3-3 with just 1:24 on the clock. The assist marked Barzal’s third helper of the game as the Canadians forced overtime with a late rally.

Canada, which had already given up two power-play goals in the game, ran into more penalty trouble in three-on-three overtime as Thomas Chabot was called for hooking. The Finns took advantage once again as Sakari Manninen potted the game winner to give Finland the gold medal on home ice.

Barzal, who factored on all three of Canada’s goals, was named the team’s player of the game, while Granlund received the same honour for Finland.

Team Canada has now won three gold and three silver medals in the past seven tournaments, only missing out on the podium in 2018.

Earlier in the day, Czechia defeated the United States 8-4 to win the bronze medal.

Ryan Smyth, often referred to as “Captain Canada”, represented Canada twice at the Olympic Games and eight times at the...