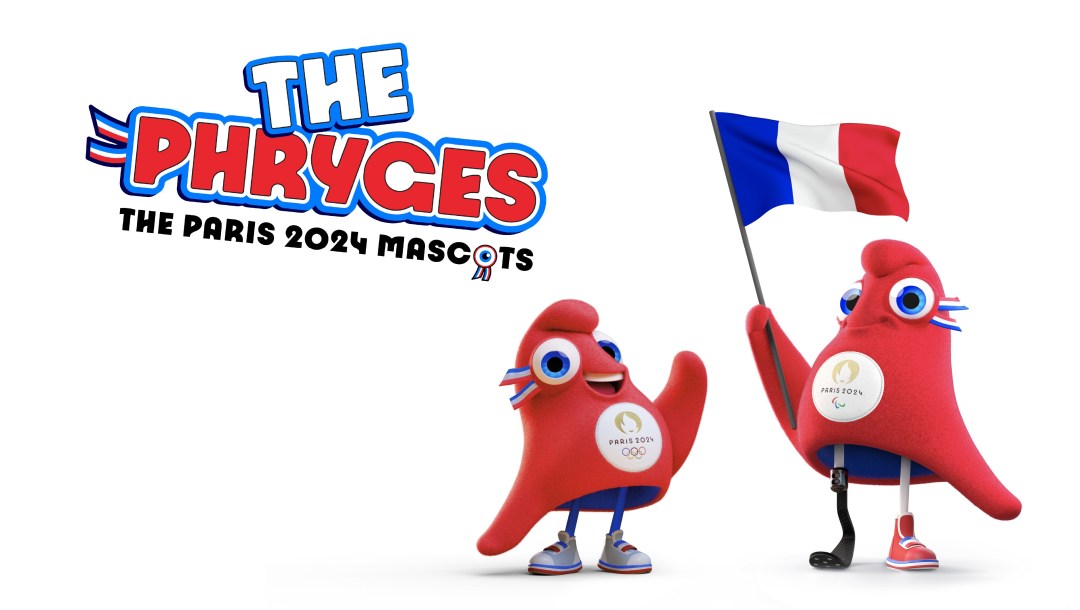 Meet the Paris 2024 mascots — the Phryges

The mascots for the Paris 2024 Olympic and Paralympic Games have been revealed.

Rather than being in the image of an animal (as the mascots for many recent Games have been), these mascots are intended to represent an ideal.

And so, they are in the image of the Phrygian cap, a symbol of liberty that appears on French coins and stamps, in French art, and in town halls across the country. Marianne — the personification of the French Revolution — wears a Phrygian cap and was one of the key inspirations for the Paris 2024 emblem.

Just as the Olympic and Paralympic emblems for Paris 2024 are the same, except for the Olympic rings and the Paralympic agitos, the mascots for both Games take the same form. The only difference is that Paralympic mascot wears a prosthetic running blade to raise the profiles of para athletes and people with disabilities and to promote the sporting values of inclusion.

The Olympic Phryge is described as having a “methodical mind and alluring charm”. The Paralympic Phryge is said to be spontaneous and with its infectious energy and enthusiasm, is always up for a new experiences.

This new generation of Phryges (pronounced freejh) have a mission to lead a revolution through sport. They are to demonstrate to the world that sport can change so much and therefore should have a leading place in society. This revolution would follow others in the history of France, such as the major artistic revolution by impressionist painters at the end of the 19th century and the cultural revolution stemming from student protests of the late 1960s.

The designs for the mascots were worked on for over a year from the first sketches to the plush toy prototypes as the Phrygian caps were brought to life and given personalities. They can be seen in more than 71 sporting poses, each with an attitude as close to a real athlete’s as possible.