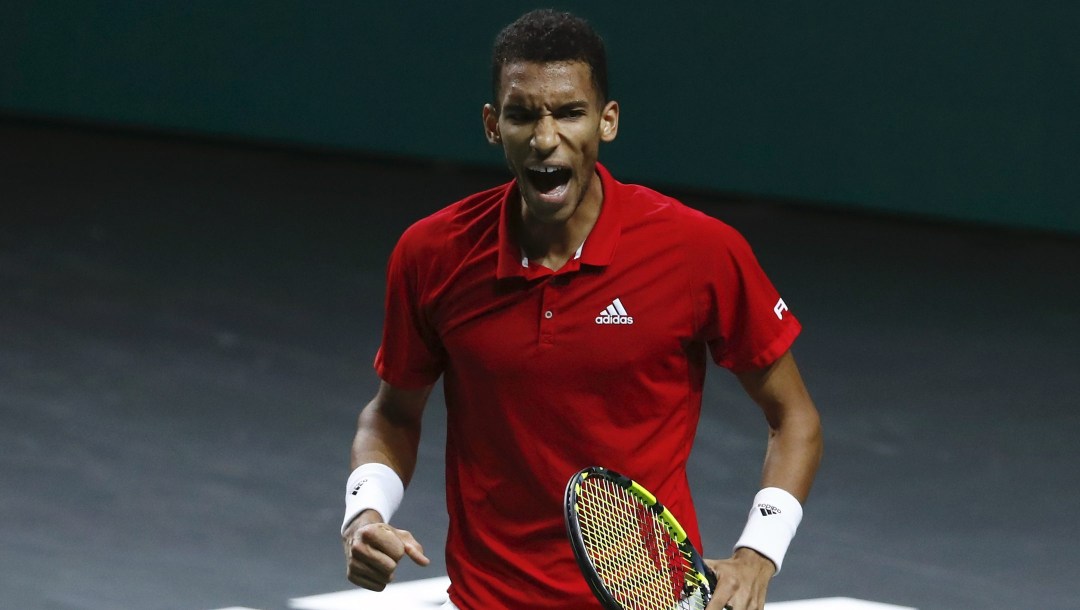 Team Canada is crowned world champions at the Davis Cup Finals after sweeping Australia on Sunday. Denis Shapovalov and Félix Auger-Aliassime lead the Canadians with straight-set wins in their respective singles matches to claim the first title at the team event in the nation’s history.

This is Canada’s third Davis Cup final, having lost in their 1913 debut and then in the first edition of the revamped Finals in 2019. Canada becomes the 16th country to ever win the championship. The team is composed of Félix Auger-Aliassime, Denis Shapovalov, Vasek Pospisil, Alexis Galarneau, Gabriel Diallo and Steven Diez.

World No. 18 Denis Shapovalov gave Canada the advantage, claiming the first point of the final against Australia on Sunday in Malaga, Spain. The Canadian took control of his match to defeat Thanasi Kokkinakis in straight sets of 6-2, 6-4 in one hour and 29 minutes. It was a strong performance from the Canadian, who hit 23 winners and converted four of seven break points.

Now Auger-Aliassime had the chance to close out the victory in the second singles match against Alex de Minaur. He took down the Australian 6-4, 6-3 on Sunday to clinch Canada’s first Davis Cup title. The Canadian has won eight straight Davis Cup matches in singles and doubles combined dating back to the group stage in Valencia two months ago.

World No. 6 showed his talent once again as he produced 16 winners compared to five from his opponent. Under pressure early in the first set, he had to fend off three break points but in the eighth game he broke de Minaur with an overhand smash, before sealing the final game with an ace.

De Minaur refused to go away and had an opportunity to get back in the second set. Auger-Aliassime regained his momentum, defending two break points and broke the Australian with a forehand winner. He fought back from 0-40 to hold serve in the sixth game and produced a lethal forehand to clinch the title.

For the second time in the last three Davis Cup competitions, Canada will play in the final of the tournament after a 2-1 win against Italy on Saturday.

Canada last advanced to the Davis Cup finals in 2019 where they eventually lost to Spain.

On Saturday, Canada faced an uphill battle after Italy’s Lorenzo Sonego won a nailbiter in the first match 7-6 (4), 6-7 (5), 6-4 against Denis Shapovalov.

The fate of the team rested on one of the hottest tennis players in the world: Felix Auger-Aliassime. The World No. 6 men’s tennis player first got the job in the singles match, as he took down Lorenzo Musetti 6-3, 6-4. Then in the decisive doubles match, Auger-Aliassime teamed with Vasek Pospisil to earn a hard-fought victory over Italy’s Matteo Berrenttini and Fabio Fognini.

Auger-Aliassime and Pospisil went to a tiebreaker in the first set which they handled with class, winning 7-2. They went on to win the second set 7-5 to book their spot in the Davis Cup final.

Canada earned their spot in the semifinal after taking down the fifth-ranked German team on Thursday. The reached the knockout round as a wild card team.

Italy was the only team to go 3-0 in the group stage, and after a quarterfinal win against the United States, ended up suffering their first loss of the tournament to Canada.

Earlier in the day, Australia defeated Croatia 2-1 in the other semifinal. They will square off against Canada in Málaga, Spain on Sunday starting at 7 a.m. (EST).