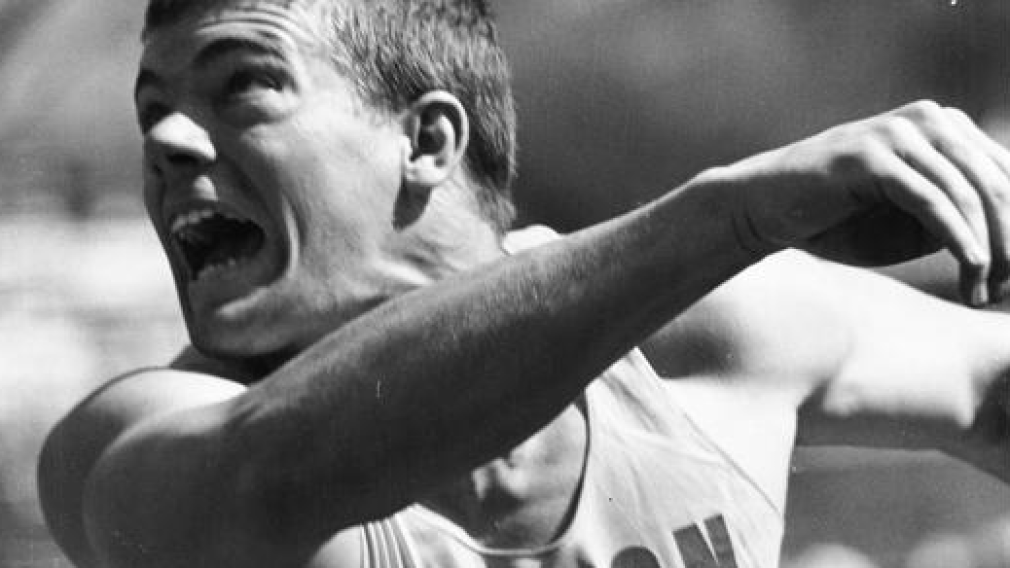 A medal favourite heading towards Tokyo 1964, Dave Steen’s Olympic shot put career was railroaded when he came down with a serious case of infectious mononucleosis, missing the entire 1964 season and the Olympic Games.

A three-time Commonwealth Games medalist, Steen’s first appearance was in 1962 where he won the bronze medal putting 59’2½” (17.90m). He then went on to win back-to-back shot put gold medals at the 1966 and 1970 Commonwealth Games, both times setting Games records, becoming the first man to defend that title since 1934. He won the 1968 Pan American Games shot put bronze medal and then captured another two bronze medals at the 1969 Pacific Conference Games in shot put and discus. Also a nationally ranked discus and hammer thrower, Steen was the nine-time Canadian shot put champion and was the first Canadian to shot put over 60 feet. A national track and field team member for eight years, he took the national shot put record from 52’1″ (15.88m) to his personal best of 63’1/4″ (19.21m) set at the 1970 Commonwealth Games.

Steen was introduced to athletics by his older brother Don who was the national decathlon champion in 1956. He started shot putting at age 11 while a student at Douglas Road Elementary School in Burnaby, British Columbia and was starting setting national age group records while a student at Burnaby South Secondary School. Steen studied and competed on the varsity track team at the University of Oregon under the direction of coach Bill Bowerman, finishing fifth at the 1962 NCAA Championships and then second in 1963, ending the year world-ranked seventh.

Steen retired after the 1970 Commonwealth Games, began coaching and became a writer. He authored several books including the Canadian Pilot’s Fitness Manual in 1979, Aerobic Fun for Kids in 1982 and Exercise is Fun in 1992. Later, Steen became a sports journalist for the Toronto Star and Toronto Mirror newspapers. He married Margaret Daly, also a journalist, in Chicago in late 1963. Steen is the uncle and namesake of Seoul 1988 Olympic decathlon bronze medalist Canadian Dave Steen.