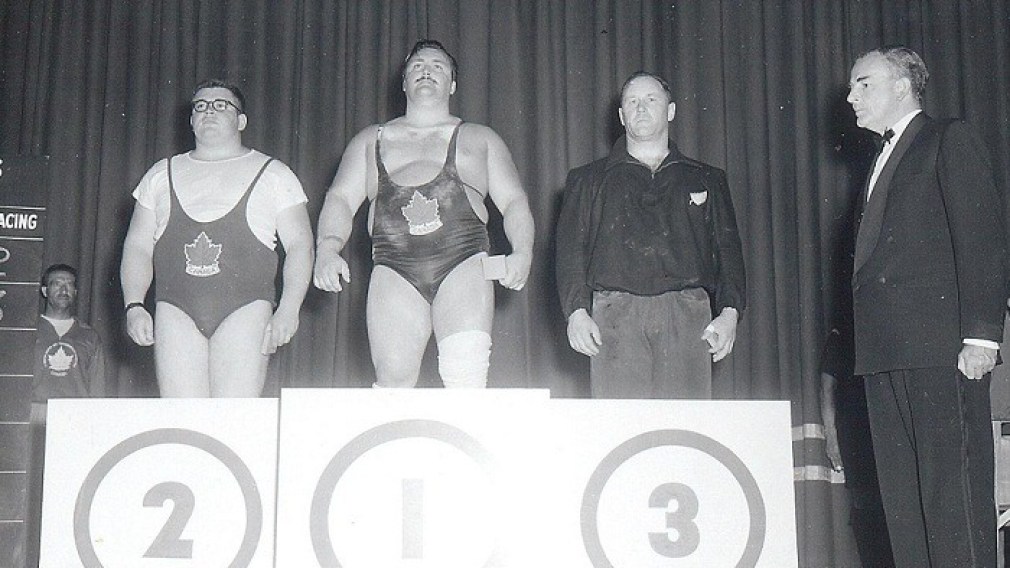 In his prime, Canadian Doug Hepburn was the master of the weightlifting universe. He won the 1953 World Championship with a total lift of 1030lbs making him the first and only Canadian to ever win the world title in the heavyweight division, propelling him into the media spotlight. In preparation for the 1954 British Empire Games, Hepburn’s hometown of Vancouver got behind him and the mayor gave him funds to assist with his training. At the Games, which were hosted by Vancouver, Hepburn broke all four Games heavyweight records (370lbs in the press, 300lbs in the snatch, 370lbs in the jerk, 1040lbs for the total) enroute to the gold medal and became a national hero. With the silver medalist lifting 1000lbs, it was only the second time in history that two men lifted half a ton in the same competition.

Hepburn started competing in 1948 setting an unofficial Canadian record in his first competition. During the 1950s he was the first man to bench press 400, 450 and 500lbs. Born with a deformity to his right foot (club foot) and a vision distortion, Hepburn had multiple surgeries as a child. He was a high school student when he began lifting weights at the local YMCA, soon dropping out of school to lift and work. Unable to serve in World War II due to his foot, Hepburn set his goals on becoming the world’s strongest man. Hepburn died of a perforated ulcer at age 74.