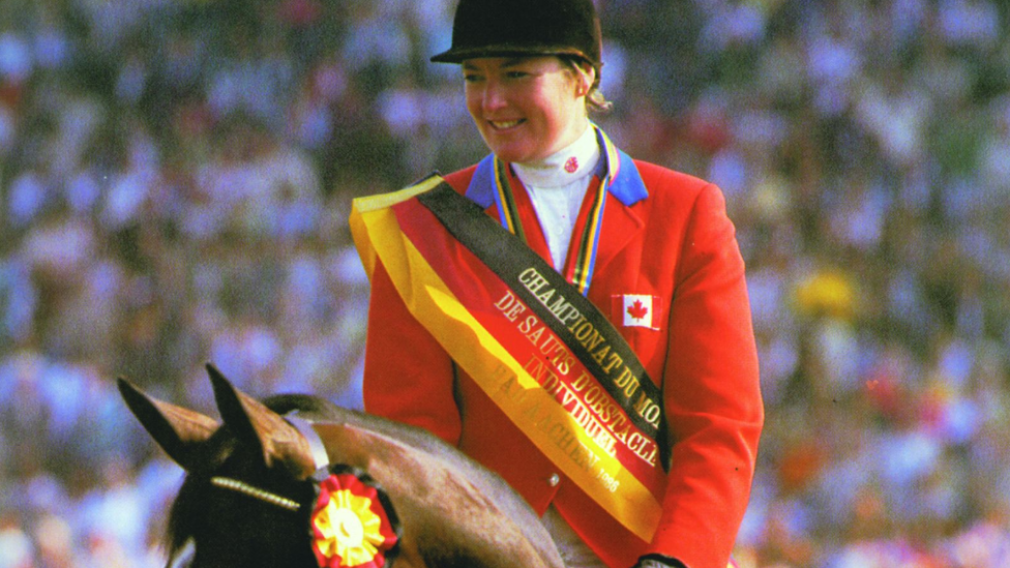 Gail Greenough became an instant celebrity in the equestrian world when she was the youngest and first rider ever to defy all odds finishing with zero faults to win the gold medal at the 1986 World Show Jumping Championships. She was the only woman and the only North American to capture the world title.

Greenough joined the Canadian equestrian team in 1983 winning an abundance of medals and ribbons over her competitive career, also qualifying for three World Cup finals. After studying at Foothill College, Greenough obtained a Bachelor of Arts Classics, Art History and Sociology from the University of Alberta. Outside of competing, Greenough owned and operated her own horse farm, was a television colour commentator, a coach at Atlanta 1996, a board Member with Jump Canada and a clinician.