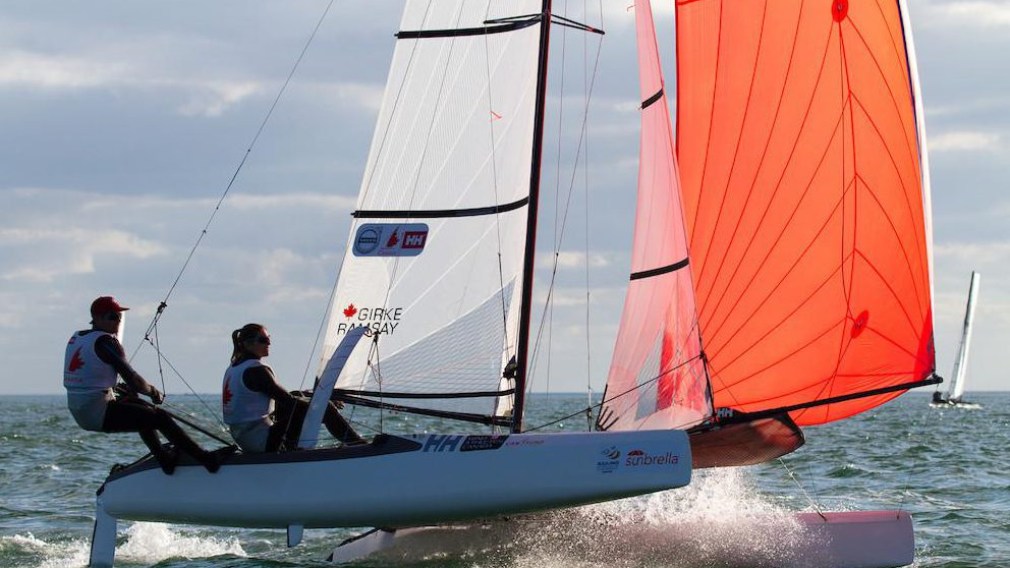 TORONTO — On Monday, the Canadian Olympic Committee (COC) and Sail Canada named the nine athletes nominated to represent Team Canada in sailing at the Rio 2016 Olympic Games from August 5 to 21.

Olympic sailing consists of an opening series of races that use a low-point scoring system. This includes 10-12 races that are scheduled across the different events. Athletes complete the predetermined courses around marker buoys with the goal of crossing the finish line ahead of their competitors. The final consists of one race, where the top-10 sailors in each event compete in a double-point medal race. The athlete or team with the lowest points at the end of the series wins the overall event.

The sailing competition will be based out the Marina da Gloria, with sailing courses situated in the waters of Guanabara Bay from August 8 to18. Canadians will compete in six events: men’s Laser, women’s Laser Radial, men’s Finn, men’s 470, women’s 49er FX and mixed Nacra 17.

Sail Canada (formerly known as the Canadian Yachting Association) is the national governing body for the sport of sailing. The Association promotes sailing in all its forms through collaboration with our partners, the Provincial Sailing Associations, member clubs, schools, and many individual stakeholders. Follow Sail Canada on Twitter, Facebook, Instagram and Snapchat.

“It is always an honour to qualify and represent my country at the Olympic Games. It’s an amazing feeling and I can’t wait until the Games begin!  Our team is incredibly focused and determined. We aim to make our country proud!”

“I am thrilled that Sail Canada has nominated its strongest squad for the Rio 2016 Olympic Games. Congratulations to the coaches, staff and athletes for your hard work and dedication in representing our country. I can assure you that we will all be cheering our hearts out as you compete this summer.”

“We are extremely proud of our sailors heading to Rio. These world-class athletes have demonstrated strong results this year with great potential for podium success. We look forward to cheering our Canadian team on in Rio!

“Canadians always feel a special pride watching our talented athletes at the Olympic Games represent our country. Congratulations to the athletes and coaches named to the sailing team today who look to find the right wind all the way to the podium. We are proud of you and wish you all the best in Rio.”

The sailing team which will represent Canada at Rio 2016 includes: