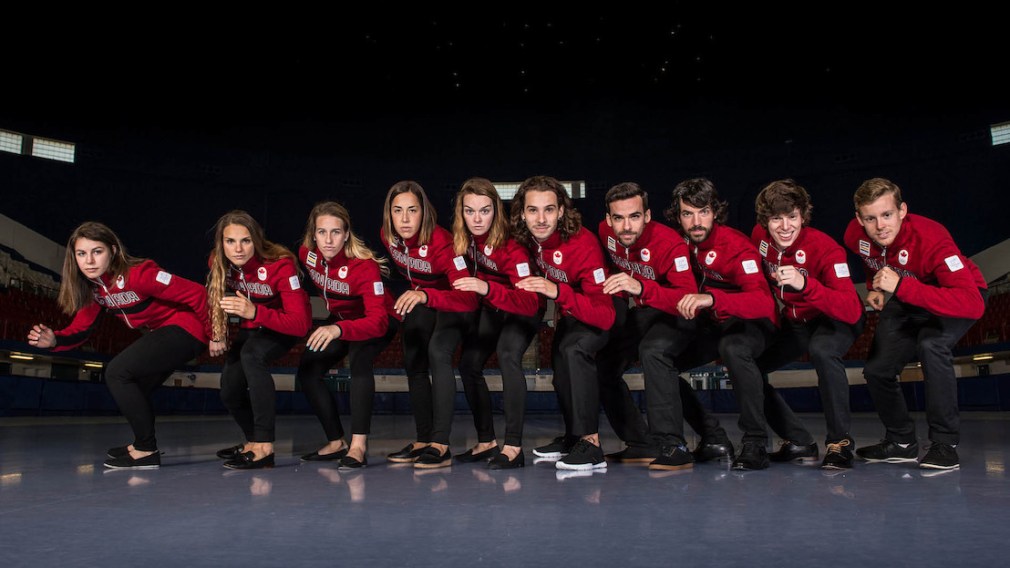 On the women’s side, Kim Boutin (Sherbrooke, QC), Jamie Macdonald (Fort St. James, B.C.) and Kasandra Bradette (Saint-Félicien, QC) were the first three to be nominated to their first Games based on the overall Selections standings. Boutin led the way, winning eight of nine races.

On the men’s side, Samuel Girard (Ferland-et-Boilleau, QC), Charles Hamelin (Sainte-Julie, QC) and Charle Cournoyer (Boucherville, QC) were the first three to be nominated following Selections. Girard, who also qualified for his first Games, won seven of the nine races to finish first in the standings. Four-time Olympic medallist Hamelin finished second at Selections to earn a spot at his fourth Games while Sochi 2014 bronze medallist Cournoyer finished third in the overall Selections standings.

Frédéric Blackburn (Saguenay, QC) and Derrick Campbell (Cambridge, ON) were named head coaches of the women’s and men’s teams, respectively.

Nominated athletes will compete at four ISU Short Track World Cups this fall to earn the maximum quota spots in each event, including the men’s 5000m and women’s 3000m relays.

PyeongChang 2018 quota places are earned through the Special Olympic Qualification Classifications ranking based on the three best results out of four over the respective distance at an ISU World Cup Competition.

The first ISU Short Track World Cup will be held September 28 to October 1 in Budapest (HUN). It will be followed by competitions in Dordrecht (NED) October 5-8, Shanghai (CHN) November 9-12 and Seoul (KOR) November 16-19.

SSC’s 2018 Short Track Olympic Selection Policies and Procedures can be read here. The final team roster and their respective individual events will be announced in December or January.

Short track speed skating is Canada’s second-most successful sport at the Olympic Winter Games with 28 medals won since its official debut at Albertville 1992.

“I’m looking forward to watching the short track team compete in PyeongChang. There is so much talent and depth on the team. I am so excited to see what this team is able to accomplish in 2018 and I can’t wait to cheer them on.”

“That’s it! It’s confirmed. I will be competing at the Olympics in PyeongChang and I am very happy about it. Being named to the team is a giant step towards what will be my final skate on Olympic ice. I would like to thank Speed Skating Canada and their selection committee for their vote of confidence following my bye request at Team Selections. I feel great. I am already back on the ice, physically and mentally ready for the first World Cup event. Our Olympic Team is a nice mix of young and experienced athletes. We will be tough opponents, believe me!”

“It will be an honour for me not only to represent Canada at my first Olympic Games, but also to compete alongside veterans like Charles Hamelin and Marianne St-Gelais. They will definitely be an inspiration for me heading to PyeongChang, where I hope to prove that the next generation of skaters are ready to take the torch and replicate performances from the 2018 Short Track Team Selections.”

“We couldn’t be more pleased with the composition of the team and we are confident that our athletes will continue our tradition of excellence having won 28 Olympic medals to date. These skaters have worked incredibly hard to qualify for our Olympic team and we are fully behind our athletes as they continue their preparation for PyeongChang where they will represent our country as part of Team Canada.”

“I am pleased to hear that the short track speed skating team has been announced as Team Canada’s first athletes for the 2018 Olympic Winter Games. These athletes have trained and competed relentlessly for years to earn a chance to represent Canada at the world’s largest sporting event. I know the team will be great Canadian ambassadors and will make us all proud, while showing the world that Canadian athletes are a force to be reckoned with. These athletes will have 36 million loud and proud supporters cheering them on back home as they look to land atop the podium. Let’s go Canada!”

The athletes and coaches who will represent Canada at PyeongChang 2018 include: