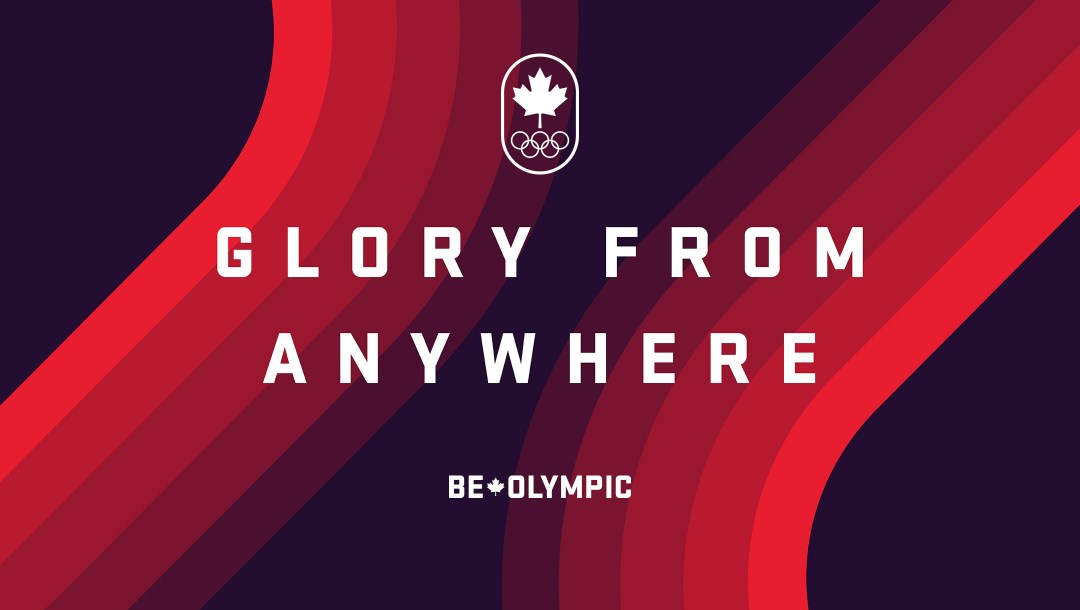 Resiliency of Canadians celebrated on the road to Tokyo 2020

TORONTO (June 14, 2021) – The Canadian Olympic Committee (COC) unveiled Team Canada’s Tokyo 2020 brand campaign, ‘Glory From Anywhere’, on Monday. The campaign highlights the accomplishments of Team Canada athletes alongside the inspiring stories of community heroes to showcase the fact that all Canadians have the potential to inspire Canadians, and people around the world, to be our best.

“The COC believes that glory is found in the hearts of those you inspire to change the world,” said Jacquie Ryan, COC’s Chief Brand and Commercial Officer. “We believe motivating generations of Canadians to create positive change is the most important thing we can do, and we began telling that story with our ‘Be Olympic’ brand platform that was launched in 2018. ‘Glory From Anywhere’ demonstrates that the potential for glory exists in all Canadians.

“This core message has taken on even greater significance in light of the pandemic. From the bravery and sacrifice of our frontline workers to the determination of Canadians just trying to get by, we are witnessing the power of resilience every day. Our hope is that Canadians will see themselves reflected in this campaign, and realize that glory isn’t restricted by age, history, experience, geography, sexual orientation or a birth certificate. The potential for glory is in all of us.”

The campaign features a mix of TV, digital video, print, social media and out-of-home advertising.  Fans can learn more about the campaign and the individuals it features at gloryfromanywhere.ca.

Among the athletes featured in the campaign are Olympians Jennifer Abel and Kia Nurse. Olympic bronze medallist Abel will be competing in her fourth Olympic Games at Tokyo 2020.

“I started diving when I was five because of my brother, but as soon as I completed my first dive, I knew this was my sport,” recalled Abel. “I have learned over the years that the real goal in sport and in life is to become a better version of yourself. This is what I abide by every day. To me, that is what glory is and what I am embracing as I head to Tokyo to add to my personal best.”

Nurse, who competed at Rio 2016, helped secure Team Canada’s spot at the Tokyo 2020 Olympic Games with 19 points in the final game of the FIBA Women’s Olympic Qualification tournament.

“Growing up as part of a family of athletes, I’ve learned that glory isn’t just what you do on the court, in the rink or on the field,” said Nurse. “It’s the way you carry yourself after a tough loss or a big win. I’m thrilled to be part of a campaign that both celebrates athletes who lean into these values and recognizes the inspiring Canadians who energize us in our pursuit of glory.”

The following is a full list of Canadian athletes featured in the campaign:

The campaign also includes three Canadians who live by the Olympic values and achieve glory every day by inspiring others.

Shawn Morris (London, Ont.) decided to become a firefighter after watching the first responders during 9/11. He has spent his career putting his life on the line to save someone else’s. Guided by his desire to help others, Morris proves that glory isn’t only achieved on the podium but is happening all around us every day.

After surviving sexual assault as a teen, Miranda Kamal (Toronto, Ont.) began boxing to help her through the healing process. Years later, she started a volunteer-run boxing gym designed to empower her students. By providing free classes for at-risk youth, Kamal proves that glory doesn’t always come in the form of a medal.

Lee Martin (St. Catharines, Ont.) is an elementary school educator who goes above and beyond to teach his students the power of being a global citizen. His passion for change enables him to lead by example, whether it’s working with disadvantaged youth and communities in and around Thunder Bay or driving water and care packages from his class to Flint, Michigan. In 2018, he was recognized by Justin Trudeau and awarded the Prime Minister’s Award for Teaching Excellence in STEM. Today, Martin demonstrates as well as any Olympian that glory is born in the hearts of those you inspire to change the world.

‘Glory From Anywhere’ was developed in collaboration with Camp Jefferson, the COC’s Creative Agency of Record based in Toronto, Ontario. They have been working with the COC since the inception of the campaign in 2019. K-72, an agency based in Montreal, Quebec, was responsible for the French language version of the campaign.