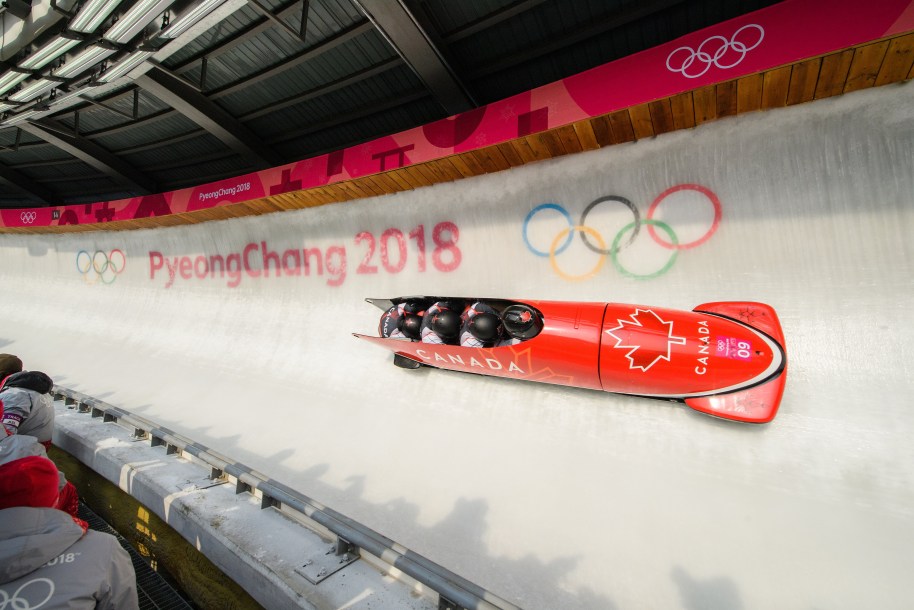 OTTAWA (January 12, 2022) – A two-time Canadian Olympian, who has competed in both the summer and winter games, is hoping to lead Olympians from around the world in the battle against the biggest issue of our time – climate change.

“I want to help athletes lead the race to zero. We can be players in the biggest comeback story the world has ever seen,” says Seyi Smith, who is a candidate for one of two spots available on the International Olympic Committee’s Athletes’ Commission when athletes vote at the upcoming Beijing 2022 Olympic Winter Games.

Smith finished sixth in two-man bobsleigh at PyeongChang 2018. At London 2012, he was part of Canada’s 4x100m relay team which crossed the finish line in third and started celebrating a bronze medal when they were shortly after disqualified for a lane infraction.

Smith, who spent his athletic career training to go fast, now wants to do the same for the environment. He has become a sustainability champion.

“My world was shattered once. I can’t sit on the sidelines and allow that to happen again.  Many athletes have asked me what they can do. I know how athletes can use their platforms as role models to help lead the massive change that is needed.”

Smith, who now works as an electrical engineer, has a speciality in renewable energy technologies. He is also a member of the IOC’s Sustainability and Legacy Commission. Smith also founded his own not-for-profit organization Racing to Zero, helping grassroots sports organizations become greener and reduce their carbon footprint, for which he was awarded a 2021 OLY Canada Legacy Grant last year.

From 2012 to 2020, Smith represented Canadian athletes as a member of the Canadian Olympic Committee’s Athletes’ Commission, including three years as its Chair from 2017 to 2020. In that time, he has earned a reputation for empowering athletes, helping them develop inside and outside sport, and making sure they were at the table and part of key decision making.

“One of my biggest goals is to help athletes around the globe amplify their voices so they can become more influential in the areas that matter to them most.”