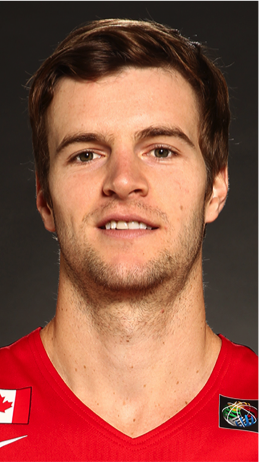 Aaron Doornekamp won a bronze medal with Canada at the 2005 FIBA U21 World Championship. He made his Pan Am Games debut at Rio 2007 where Canada finished seventh. He competed at the FIBA World Cup in 2010. Doornekamp has also made three appearances at the FIBA Americas Championship. Collegiately, he won three CIS national titles with Carleton University and won the Jack Donohue Award as the MVP of the CIS Championship in 2006-07. He also won the Mike Moser Memorial Trophy in 2007-08 as the CIS Outstanding Male Basketball Player. Doornekamp currently plays with the Fraport Skyliners in Frankfurt, Germany.