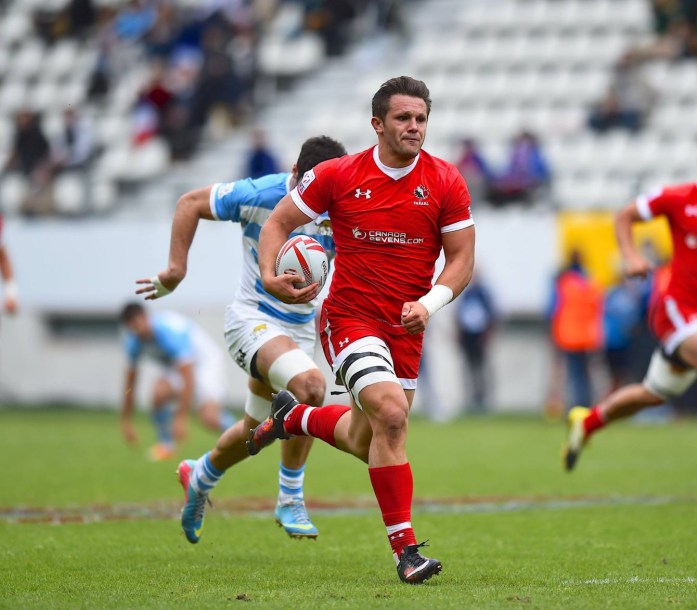 An avid sports enthusiast, Admir Cejvanovoc discovered rugby at the age of 13 with the Burnaby Rugby Club and never looked back. He made his World Rugby Sevens debut in Dubai in 2014, playing a crucial part in Canada claiming the Shield Final. Heading into the 2019 Pan Am GamesCejvanovic has amassed 30 caps for Canada, including the 2015 Pan American Games where Canada won gold, the 2018 Commonwealth Games in Australia, and the 2018 Sevens World Cup in San Francisco. Cejvanovic is the first-ever Bosnian-born international sevens player, representing Canada on the  World Rugby Sevens Series. He came to Canada with his mother at the age of 4 to escape a series of wars in the Balkan region in the early 1990s and says that his life in Canada is “like winning the lottery.”

A LITTLE MORE ABOUT ADMIR

Getting into the sport: Started playing rugby at age 13 (Grade 8), drawn to the mixture of skills, tactics, and strength needed… Outside Interests: Enjoys spending time on rivers, lakes, and beaches; playing basketball; weight lifting… Odds and Ends: Nickname: Addy… Works as a plumber… Favourite quote: “The worst thing I could be is the same as everyone else. I’d hate that.” – Arnold Schwarzenegger…

Olivia Apps made her Sevens Series debut with Canada at the Sydney stop in 2018, helping Canada finish third in…