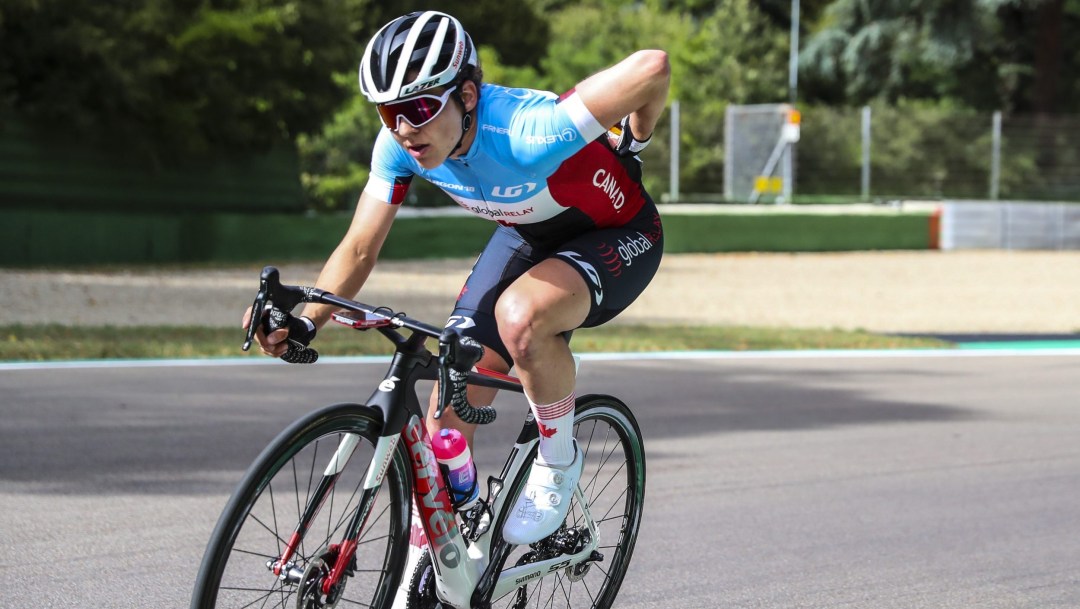 Alison Jackson joined her first pro team, TWENTY16, in 2015 and competed in three stages races: Tour of the Gila, Tour of California, and Tour Cycliste Féminin Internationale de l’Ardèche. In one-day races, she finished 10th at the Grand Prix Cycliste de Gatineau and fourth in the road race at the Canadian Championships. In her debut at the UCI World Championships, she was fifth in the team time trial and 36th in the road race.

In 2016, she finished sixth at the Grand Prix Cycliste de Gatineau and fifth at the Canadian Championships. In two late-season stage races, she reached the podium in the points classification at the Trophée d’Or Féminin and the Tour Cycliste Féminin International de l’Ardeche. She was once again part of a fifth-place finish in the team time trial at the UCI World Championships, but improved on her road race result, finishing 23rd.

In 2017, Jackson earned her first medal at the Canadian Championships, taking home bronze in the road race. She joined pro team Bepink Cogeas on the UCI Tour and competed in her first Giro d’Italia Internazionale Femminile, earning a seventh-place finish in Stage 7. She also raced in her first La Course by Le Tour de France before competing in her third straight world championships.

Jackson moved to Team TIBCO-SVB for two seasons, starting in 2018. She earned a runner-up finish in the Grand Prix Cycliste de Gatineau and was top five in both the road race and time trial at the Canadian Championships. She finished third in the mountain classification at the Lotto Belgium Tour. She capped the season with a top-10 finish at the Tour of Guangzi Women’s World Tour race. In early 2019, she earned a ninth-place finish at the Amstel Gold Race. She built towards a career-best result at the UCI World Championships, where she finished 16th in the road race. She finished the year with a second-place finish at the Tour of Guangxi.

In a pandemic-shortened 2020 season, Jackson raced with Team SunWeb on the newly named WorldTour. She returned to the Giro d’Italia and competed at her sixth straight UCI World Championships. She also competed in some notable one-day races: La Flèche Wallone, Liège-Bastogne-Liège, and the Tour de Flandres. In March 2021, with Liv Racing, she posted a fifth-place finish at the Tour de Flandres. She was selected as an alternate for the second straight Olympic Games before a quota spot became available for her to make her Olympic debut in the Tokyo 2020 road race.

A Little More About Alison

Getting into the sport: Got into group riding and racing after beginning as a triathlete…