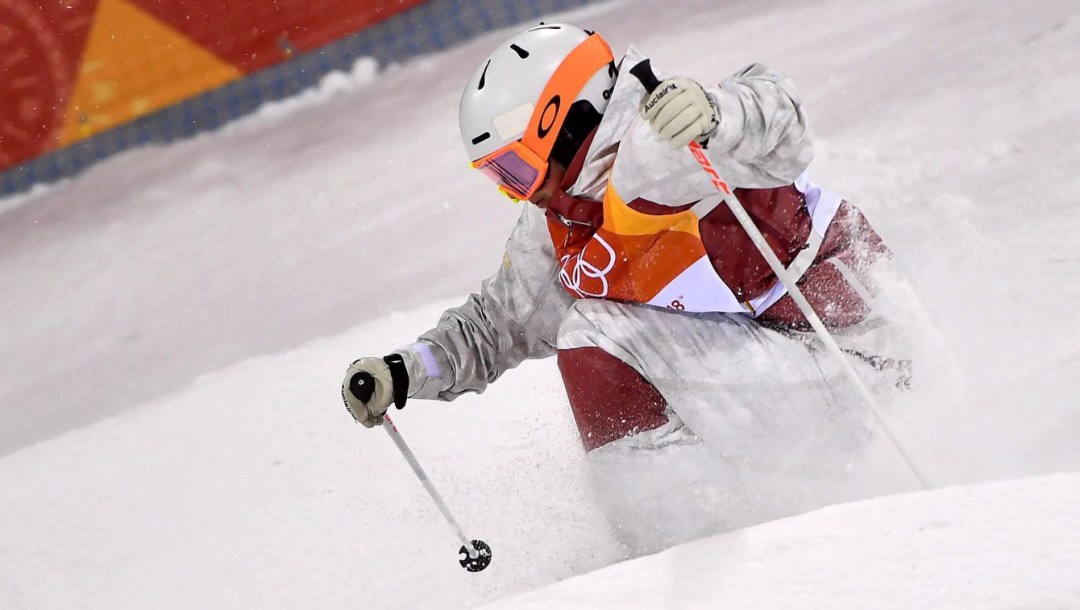 After the heartbreak of not qualifying for Sochi 2014 and instead being the first alternate, Andi Naude vowed she would do whatever it took to make it to the next Olympic Winter Games. She made her Olympic debut at PyeongChang 2018, where she was the top Canadian in the qualification round, ranked second overall. In the three-phase final, Naude was the top scorer in the second final to advance to the six-woman super final, but she was unable to complete her third run, leaving her in sixth place.

Naude had completed her first full World Cup season in 2012-13 when she finished 14th in the overall moguls standings and was named FIS World Cup Rookie of the Year. She made her debut at the FIS World Championships in 2013 with perhaps the funniest moment of her competitive career when she lost her pants during the qualification run. She has since competed at the world championships in 2015 and 2017.

Naude earned her first career World Cup podium in January 2015 when she finished third in Lake Placid. Almost exactly one year later she had one of her proudest competitive moments when she finished third in Calgary as part of a Canadian podium sweep. She joined Justine and Chloé Dufour-Lapointe in a podium sweep again in January 2017, this time as the silver medallist in Val St-Come. That was one of four World Cup podiums Naude earned in 2016-17, including a third-place finish at the PyeongChang 2018 test event, all of which came after a rough start to her season in which she had to overcome a mild concussion and whiplash following a training crash.

Naude prides herself on performing some of the most difficult tricks in women’s moguls, especially her back full. In December 2017, she posted back-to-back third-place finishes in Thaiwoo, China to bring her career podium total to nine.

A little more about Andi…

Getting into the Sport: Started skiing at age four and began doing moguls at age 11 after a neighbour suggested she join the local club… While still just a recreational skier in primary school, she wrote that in her future she saw herself at the Olympic Games… Outside Interests: During the off-season enjoys mountain biking, road biking, hiking, rock climbing… Also enjoys baking and playing with her cats… Studying part time via distance through Athabasca University… Would like to pursue a career in veterinary medicine… Odds and Ends: Favourite Olympic memory is watching the moguls finals from Vancouver 2010 in the basement of her ski cabin with teammates… Favourite quote:“Do not judge me by my successes, judge me by how many times I fell down and got back up again.” – Nelson Mandela…