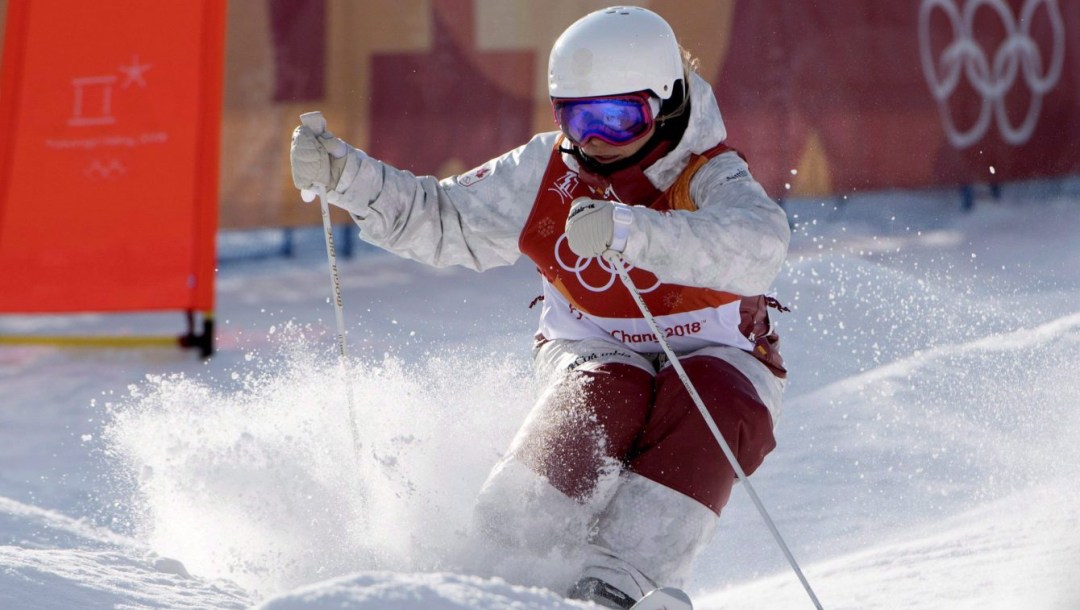 Having made her Olympic debut at Turin 2006 as a 17-year-old, Audrey Robichaud returned to the Olympic Winter Games at Sochi 2014 after coming up short of qualifying for Vancouver 2010. She suffered a partial tear of her LCL just a month before Sochi 2014, but once again finished in the top 10, after having placed eighth in Turin. Robichaud recorded another top-10 finish at PyeongChang 2018, placing ninth.

Robichaud had competed on the World Cup circuit since January 2005. As a 16-year-old, she was named the FIS Rookie of the Year for moguls in 2004-05. Despite the early breakthroughs, Robichaud did not reach her first World Cup podium until January 2011 and went on to finish third in the 2010-11 World Cup moguls standings. It was also in 2011 that she returned to the world championships for the first time since 2007, posting a top-10 finish in moguls.

In February 2012, Robichaud earned her first World Cup victory in a dual moguls event. Her first career World Cup moguls victory came a year later in February 2013. It would be two more years before she next stood on a World Cup podium in February 2015. That came in her 99th World Cup start in Val St-Come, Quebec where her family met her at the finish with balloons.

A little more about Audrey…

Getting into the Sport: Has been skiing since she was four and started doing moguls at age seven… Was scared of the bumps at first and thought she would be the only girl doing freestyle at Le Relais, but she quickly found out that she was wrong on both fronts… As a kid, drew herself doing a spread eagle jump over the Olympic rings, making that the moment she knew she wanted to be an Olympian… Inspired by Jean-Luc Brassard ever since he visited her club… Outside Interests: Supports Special Olympics Quebec… Enjoys reading, watching TV shows, discovering new music and going to concerts… Has two dogs named Emiko and Sky who she often runs with in the woods… Would like to pursuit a career in nutrition or fitness or sports management with a side of interior design… Odds and Ends: Favourite quote: Life is short and so are my legs…