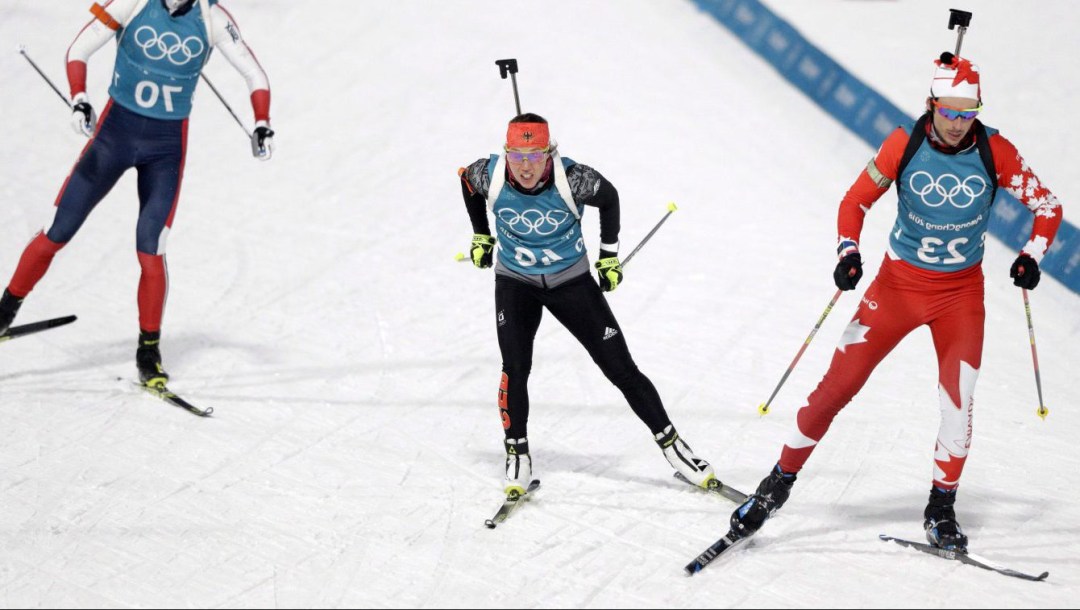 Brendan Green helped make Canadian biathlon history in 2016 when he anchored the 4×7.5km relay team to bronze for Canada’s first ever relay medal at the world championships. Two years earlier, Green was a member of the Canadian biathlon team that produced numerous best-ever results at Sochi 2014. Among them was Green’s ninth-place finish in the 15km mass start.

He was also a member of the 4×7.5km relay team that finished seventh to improve upon the 10th place finish the squad had recorded four year earlier at Vancouver 2010 where Green made his Olympic debut. Green had qualified for Sochi 2014 despite undergoing two spinal surgeries the year prior.

The injury trouble began in July 2011 when he herniated a disk between the L5 and S1 vertebrae while doing weight work in the gym. He was able to compete on the 2011-12 World Cup circuit and finished the season as Canada’s top-ranked man. But pushing through the injury also hurt him and he was unable to compete at the 2012 World Championships. He underwent surgery in April but by August 2012 the disk had re-herniated, necessitating a second surgery. He spent the next year in rehab and returned to the World Cup circuit just three months before Sochi 2014. In January 2015 Green posted his career-best World Cup finish, placing fifth in the sprint in Antholz, Italy.

A little more about Brendan

Getting into the Sport: Started cross-country skiing at age three… After six years of just skiing, he decided to try biathlon… His oldest brother competed in biathlon at a high level and told stories from his races in Europe that made him realize he wanted to follow that path… First inspired to chase his Olympic dream when Vancouver was awarded the 2010 Winter Games, even knowing it was a longshot for him to qualify for the home Games… Outside Interests: Passionate about coffee and makes high-quality espresso as a hobby… Does a lot of reading during the competitive season…