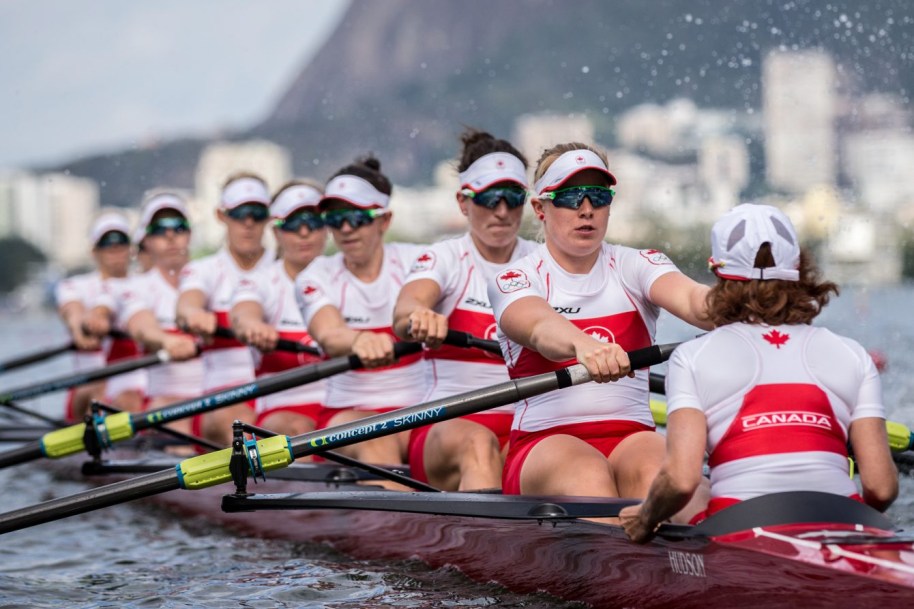 Caileigh Filmer and Hillary Janssens won bronze in the pair at Tokyo 2020 for Canada’s first Olympic medal in the event since Barcelona 1992. Filmer had made her Olympic debut at Rio 2016 as a member of the women’s eight that finished fifth. That was two years before she made her debut at the World Rowing Championships in 2018, where she and Janssens won the gold medal in the pair. In their first year competing together internationally as seniors, they finished more than two seconds ahead of the runners-up from New Zealand to become world champions. Leading up to the worlds, they had won World Cup gold and silver.

In 2019, Filmer took three months away from rowing to focus on her mental health and at times was unsure if she would return to the sport. But with support from family, friends, and teammates, she returned to compete at the world championships. There, she and Janssens won bronze in the pair and were part of the eight that finished fourth, qualifying both boats for Tokyo 2020.

Filmer has wanted to compete for Team Canada since she swam with the youth national team in the summer of 2008 when she was 12. Her first opportunity to compete internationally came in 2013 when she was a member of the four at the World Rowing Junior Championships. A year later, she returned to the junior worlds and won a silver medal in the pair with Larissa Werbicki. Just ten days later, the duo won bronze at the 2014 Youth Olympic Games in Nanjing, China.

In 2015, Filmer achieved a career highlight when she won silver in the four at the World Rowing U23 Championships. She went on to win the pair at the 2015 national championships that fall. But shortly thereafter, she was diagnosed with a rib stress fracture which affected her until February 2016. Filmer was able to make her senior international debut at the first World Cup of 2016 in Varese, Italy, winning the B final with Jennifer Martins to finish seventh overall. She returned to the U23 Worlds in 2017, winning gold with the eight.

A Little More About Caileigh

Getting into the Sport: Started rowing at age 13… After leaving competitive swimming her mother (who had been a national team-level rower) told her to stay active with another sport… She did two learn-to-row camps and wasn’t thrilled with it at first but liked it better than any other options… Outside Interests: Enjoys going on long runs, experimenting with recipes, doing hot yoga… Attended the University of California Berkeley for two years before transferring to the University of Victoria following the 2016 Olympic Games; majored in Combined Earth and Ocean Sciences and Physical Geography… Would like to become a professional environmental geoscientist…  Odds and Ends: Nickname: Cai… Wears pink matching socks on race day… Favourite quote: “Make the impossible possible and always smile”…