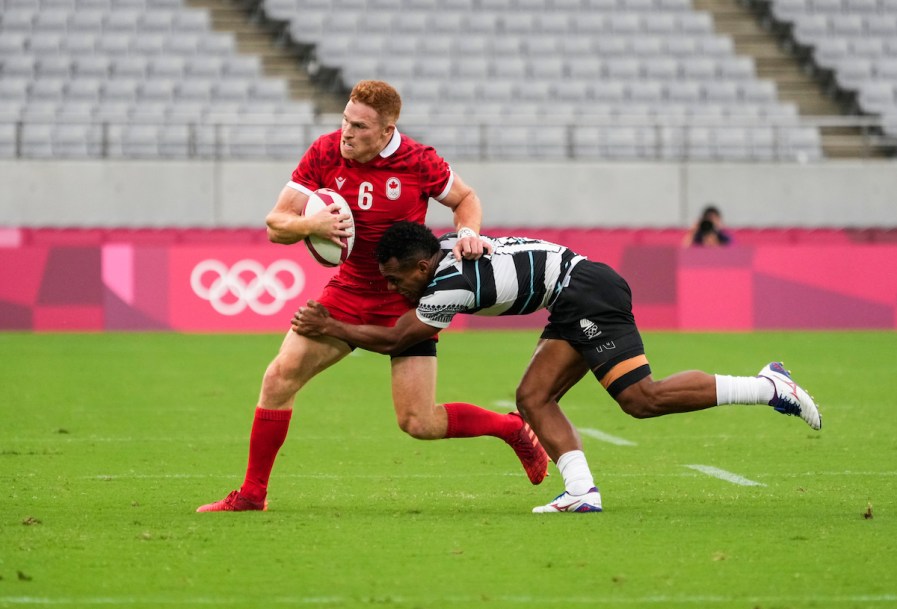 Connor Braid made his international sevens debut for Canada in 2011 at a Sevens Series event in Dubai. He scored his first try later that season in Wellington. He was a key piece of the Canadian team that placed a best-ever sixth in league standings.

A member of the Canadian Rugby Union team from 2010 to 2018, Braid has 26 caps and 43 career points with the senior 15s. He was a member of the 2015 World Cup team but suffered a broken jaw during Canada’s pool stage loss to Italy. He required surgery to have three plates inserted and missed the 2016 season while recovering.

He returned to Sevens Series play for the 2017-18 season and became a fixture on the roster. He played at the 2018 World Cup Sevens where Canada finished 12th. Braid was having a breakout year in 2019, leading the Canadian team with 24 tries on the Sevens Series and was in the hunt for the Impact Player of the Year but missed the final event of the season in Paris with an injury. He sits just shy of 50 career tries and 150 matches played going into the 2021 season.

In his Olympic debut at Tokyo 2020, Braid was Canada’s leading scorer with 20 points on four tries in six games as the team advanced to the quarterfinals.

Braid represented Canada at the 2014 and 2018 Commonwealth Games in rugby sevens, finishing ninth both times. He also won a bronze with the sevens team at the 2013 World Games.

Braid played rugby union professionally in Great Britain from 2012 to 2017, ending his career with the Worcester Warriors of the English Premiership.

Getting into the Sport: Started playing rugby at age 12… Was drawn to the culture of the sport…  Outside Interests: Graduated from Royal Roads University in2016 with a Bachelor of Commerce… Works in commercial real estate… Enjoys going for coffee, travelling, and cross training… Odds and Ends: Favourite motto: ‘Hard work beats talent when talent doesn’t work hard”… Before each game, writes his brother Cole’s name on his wrist and wears a shirt under his jersey with the words “D. JONES 9” on it in memory of his best friend…