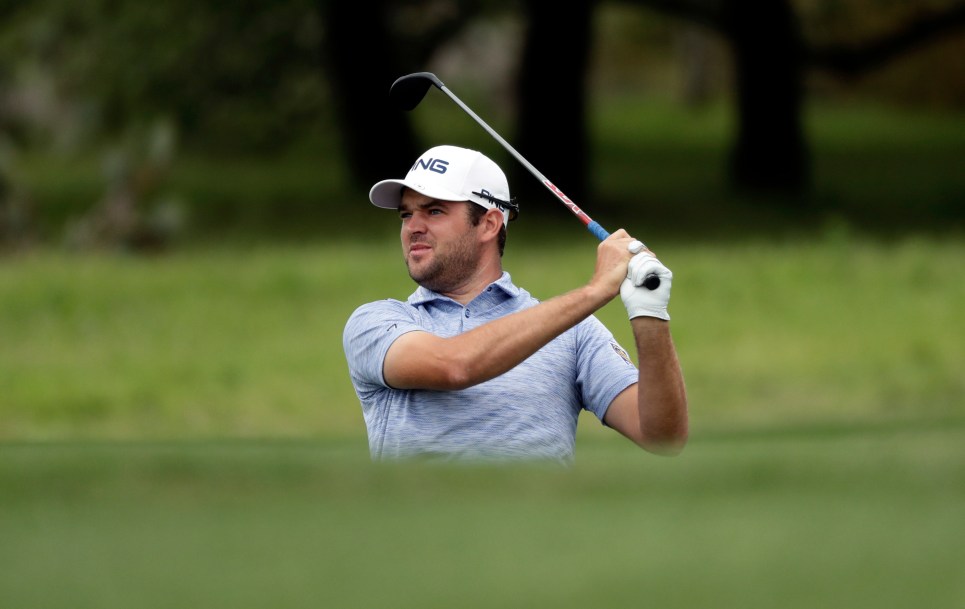 Conners’ first full season on the PGA Tour was in 2018. He competed in 28 events and earned his first top-10 finish at the Fort Worth Invitational. He finished the season ranked 130th in the Fedex Cup, leaving him five spots away from attaining full time status for the 2019 season.

He began the following year by finishing second at the Sanderson Farms Championship and third at the Sony Open in Hawaii before a career highlight at the 2019 Valero Texas Open. Due to his conditional status on tour, he still had to play in a Monday qualifying event to enter the tournament. He won that in a six-man playoff and would go on to his first career PGA victory, making him the first Monday qualifier to win on tour since 2010. The win also earned him the final spot in the 2019 Masters field where he went on to make his first cut at a major, finishing T46th. At the last stop of the season he had a top-10 finish at the BMW Championship which earned him a spot at the TOUR Championship.

In the shortened 2020 season, Conners’ best result was a tie for sixth at the Zozo Championship, but he also put up 10 top-25 finishes.

Conners was on the cusp of his second PGA Tour victory in 2021. He led after 36-holes at the Arnold Palmer Invitational before finishing third and led after the first round of the PGA Championship before dropping to 17th. He finished T4th at the RBC Heritage and had a second consecutive top-10 at the Zozo Championship. Conners was one of four players on tour with top-10 finishes at both the delayed 2020 and 2021 Masters Tournaments. He made the cut for the first time at the Open Championships, finishing tied for fifteenth.

Conners’ previous experiences representing Canada were as a medalist at the 2010 Junior World Cup and at the 2012 and 2014 Eisenhower Trophy, finishing second at the latter. He also represented Team PGA Tour Canada at the inaugural 2016 Aruba Cup.

Conners turned pro in 2015 on the PGA Canada Tour, making six of eight cuts his rookie season, including a third-place finish in Thunder Bay. After winning the qualifying tournament to start 2016, Conners joined the PGA Latinoamérica Tour. He had eight top-10s and made the cut each event. He joined the Korn Ferry Tour in 2017 and earned his PGA Tour card with a 20th place finish on the Tour Finals money list.

Before turning pro, some of Connor’s highlights included top-four finishes at the 2011, 2012, and 2013 Canadian Amateur, as well as making the semifinal at the 2013 US Amateur and winning the 2014 Jones Cup Invitational. He competed as an amateur at the 2015 Masters.

Conners played collegiately at Kent State University from 2010 to 2014. As a sophomore with the Golden Flashes in 2012 he won the MAC Championship and placed fourth at the NCAA Championships, the best finish in school history. He was named MAC Golfer of the Year and an Honorable Mention on the All-American list. As a junior he won the Gopher Invitational and was a Third-Team All-American. In his senior season he won the MAC Championship for the second time and won the Gopher Invitational to become the only back-to-back winner at the event. He won the 2014 Merle Wagoner Award as Kent State’s outstanding male athlete and finished his collegiate career as a two-time Academic All-American.

A Little More About Corey

Getting into the Sport: Started playing golf at 4, entered his first tournament at 9… Has wanted to represent Canada from the moment that golf was announced as returning to the Olympic program… Outside Interests: Enjoys being able to get outdoors, biking, going to the beach, riding his boat… Graduated from Kent State University in 2014 with a degree in Actuarial Mathematics… Odds and Ends: Won a provincial championship with his high school hockey team…